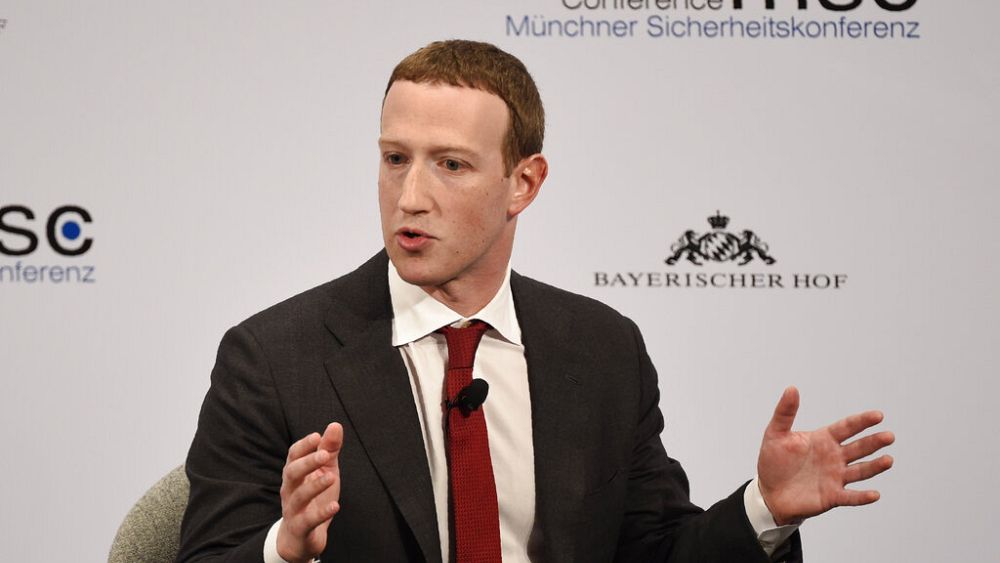 Facebook CEO Mark Zuckerberg called for Europe to regulate social media on issues such as political messages, privacy and data portability — or risk losing ground to “authoritarian” rules set down by countries such as China.

The billionaire social network founder is due to meet members of the European Union’s executive Commission in Brussels on Monday but gave an address on Saturday at the Munich Security Conference in Germany.

He said regulatory boundaries would give citizens “confidence” that tech giants were following a set of rules agreed by everyone, and that users “don’t want private companies taking decisions on how to balance social equities without a democratic process.”

“I believe our responsibility is to build the operational muscle to be able to enforce policies, fight interference and have good auditing and controls,” he said, but governments should provide “more guidance and regulation … on political advertising or what discourse should be allowed or on [drawing the line between] harmful expression and freedom.”

He added: “When you come to draw the line between free expression and safety there is not one right answer … people need to feel that enough people weighed in [on the decision]” rather than a private company.

Zuckerberg acknowledged that would probably not agree with every regulation, but the process would “create trust and better regulation of the internet.”

He also emphasised urgency, saying he was “very worried” that countries such as China were encoding “authoritarian values” in their regulation of the internet.

“To encode democratic values, open values, we’ve got to move forward move quickly before more authoritarian models et adopted in a lot of places first,” he said. “Where people can share and inform communities, that is a positive force.”

Zuckerberg is expected to strike a similarly open tone over plans to reform digital taxes worldwide, an idea proposed by the Organisation for Economic Co-operation and Development.

One million fake accounts every day

Answering questions about misinformation election interference, he repeated his claim that Facebook removes one million fake accounts every day and that a team of 35,000 employees works on reviewing potentially harmful content.

Since the 2016 US presidential election, Facebook has identified 50 co-ordinated information operations including “in the past couple of weeks” one coming out of Russia targeting Ukraine and another coming out of Iran targeting the United States.

The “vast majority” of malign accounts are not state actors but spammers, he said, most of which are caught by artificial intelligence that “determines which accounts are not behaving as people would.”

The amount spent by the company on security in 2020 is more than its entire revenue in 2012, Zuckerberg said.

He claimed it is not possible to control what is published on Facebook to the same standard as what appears in newspapers because the vast volume of material posted online means the models are different. However, he accepted that social media companies could not be passive conduits for information without taking any responsibility for harmful content.

"The data that we've seen is actually that people get exposed to more diverse views through social media than they were before through traditional media through a smaller number of channels." – @Facebook's Zuckerberg on the challenge of political polarization. #MSC2020 pic.twitter.com/NT2GR9wxaW

Mr #Zuckerberg is talking about „Facebook protect“ at the #MSC2020. I would prefer we would be protected against his company. Plus: Pay taxes! pic.twitter.com/U0LVESpGCM