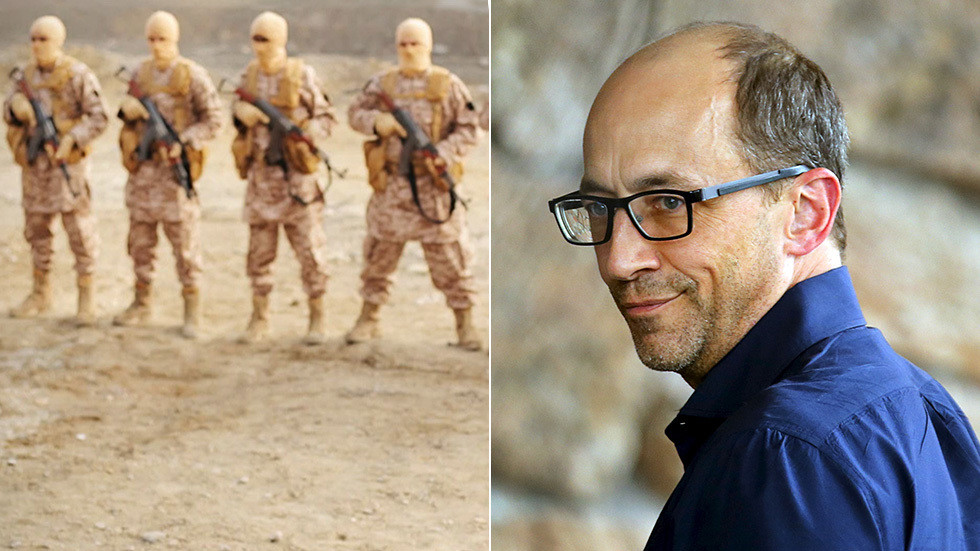 People on Twitter think its former CEO has called for the execution of his political opponents, after Dick Costolo warned that “me-first capitalists” will face firing squads during “the revolution.”

Costolo, a veteran tech entrepreneur who ran Twitter between 2010 and 2015, poured some gasoline on the fire of an argument currently underway in Silicon Valley. People in IT are debating whether corporations should be engaged in social justice activism and allow political discourses in their workspaces.

“Me-first capitalists who think you can separate society from business are going to be the first people lined up against the wall and shot in the revolution,” Costolo warned as he advocated against separating moneymaking and politics.

Me-first capitalists who think you can separate society from business are going to be the first people lined up against the wall and shot in the revolution. I’ll happily provide video commentary.

The angry tweet came in response to a blog post by Coinbase CEO Brian Armstrong, who announced his company will focus on its cryptocurrency business and will not engage in activism.

Costolo branded Armstrong’s position an “abdication of leadership” under the guise of “championship team bs,” arguing that the best tech talent in the market is deeply political and will not be easily recruited by companies who choose to distance themselves from activism. His opponents noted that the current political climate in the US is so vitriolic that many workers just want to do their jobs and not be dragged into causes by peer pressure.

The camp of those agreeing with Costolo on the issue has no shortage of influential figures, like Box founder Aaron Levi. But the former Twitter executive has stood out by invoking imagery of political violence. Some believe he went as far as advocating violence with his post, or at least broke Twitter’s policy against glorifying violence.

Some said it was the latest evidence of the tech industry’s pervasive anti-conservative bias. Costolo famously declared that Twitter was “the free speech wing of the free speech party” in 2011, but years later as the company was struggling to root out abuse on its platform, the CEO reportedly made a special effort to protect President Barack Obama from bad comments.

Earlier this year, Twitter stepped further away from being merely a free speech platform when it started “fact-checking” tweets by Donald Trump. The move was cheered by many critics of the president, who accused him of routinely lying to his Twitter followers; but it angered his supporters.

Costolo’s ‘revolutionary’ outburst came just as the US was reeling from the first presidential debate between Trump and his Democrat rival Joe Biden.

Published in Big Tech, Political News, Technology and US News