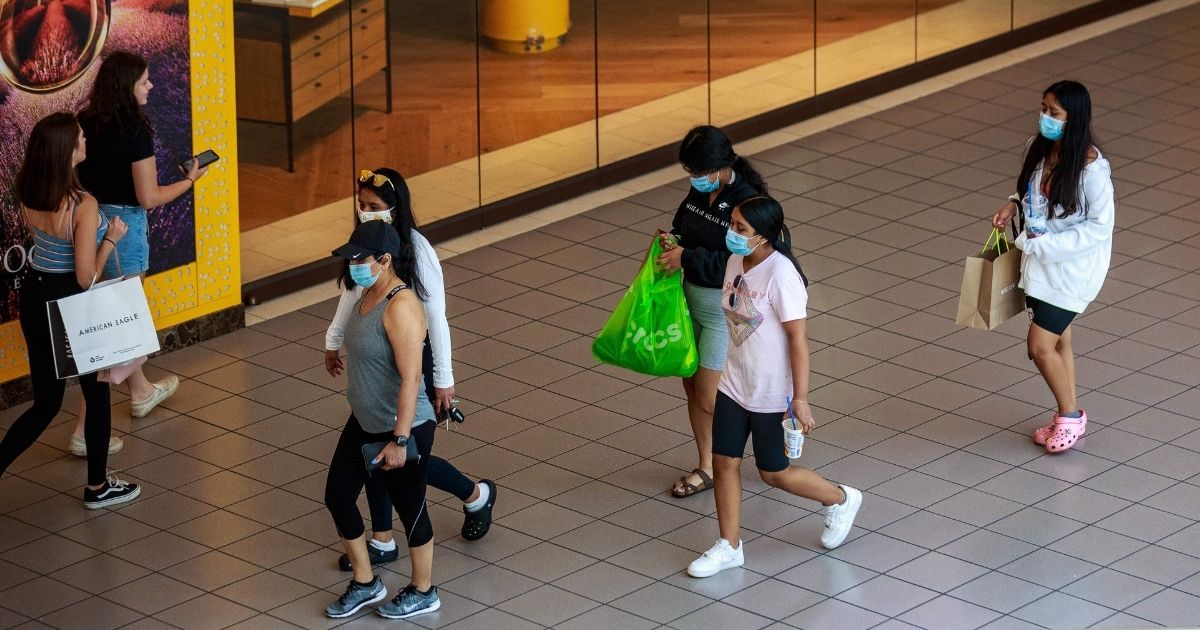 Democrat Governor: Citizens Can Not Gather With Anyone Who Is Not a Family Member

Minnesota’s Democrat governor has issued what is perhaps the most draconian coronavirus lockdown order in any area of the country since the coronavirus pandemic began in March.

Gov. Tim Walz announced Wednesday a four-week ban on social gatherings that, if it is being interpreted correctly, ordered his state’s residents to refrain from entertaining guests inside of their own homes.

In a massive 23-page executive order issued a week before Thanksgiving, Walz told Minnesotans they are essentially prohibited from interacting with one another in any form not exempted by the state.

Even worse, the Democrat, using the threat of 90 days in prison, told his state’s residents they are not to mingle with people who do not live in their home, even in outdoor settings.

On Page 5 of the oppressive mandate, Walz declared social gatherings to be prohibited.

Minnesotans didn’t ask what is defined as a “social gathering,” but the governor explained it to them anyway.

“Social gatherings are groups of people who are not members of the same household, congregated together for a common or coordinated social, community, or leisure purpose — even if social distancing can be maintained,” the order states.

“This prohibition includes planned and spontaneous gatherings as well as public and private gatherings,” it says.

Additionally, the lockdown mandate bans gatherings such as weddings, birthdays and post-church meals.

“For the four weeks, all celebrations, events, activities and other social gatherings, including but not limited to private parties, wedding and funeral receptions, celebrations of life milestones (such as birthdays and retirements), family reunions, and gatherings before or after planned religious services are not allowed.”

Walz apparently learned a lesson from the backlash to Democrats’ bans of religious services and funerals, as those activities are exempted by the order.

“While planned services and ceremonies for weddings, funerals, and planned services such as worship, rituals, prayer meetings, or scripture studies may occur during this four-week period, any time people gather they risk exposure to COVID-19,” the order says. “Virtual services are strongly recommended and in-person services are advised to include the smallest number of people possible.”

It’s not likely even the most mild-mannered people at this point would tolerate being told they can’t worship or say goodbye to loved ones, as they were earlier this year.

They were, of course, told it was too dangerous to go to church as they watched leftists destroy portions of Minneapolis and other cities and march against perceived racial injustice with impunity from mandates.

The new order is still an absurd assault on individual liberty, but it doesn’t have that Beijing feel of banning God from people’s lives, so that’s a plus.

The new guidelines, as can be read on the Minnesota Department of Health website, order the immediate closure of gyms, bars and restaurants, movie theaters and bowling alleys.

Furthermore, all youth sports are ordered to stop immediately.

As you’d expect, the order states, “College and professional teams are exempted, though collegiate sports must follow recommendations laid out by the state.”

Naturally, Walz told his state’s residents his new order was for their own good.

“We know it’s been difficult, and it’s been challenging, and much has been asked of you,” the Democrat said in an address Wednesday, according to MinnPost. “And I need to ask a little more.

“We’re at a point in this pandemic that the decisions we make now will have huge repercussions on the health and well-being of our neighbors, of our health care providers of our day care providers, of our teachers and so many others.”

As long as Minnesotans refrain from breaking a sweat or receiving a healthy dose of Vitamin D and agree to wreck their collective mental health by isolating themselves from the outside world, they should be able to conquer the scourge of the coronavirus just before Christmas — assuming that’s not canceled.