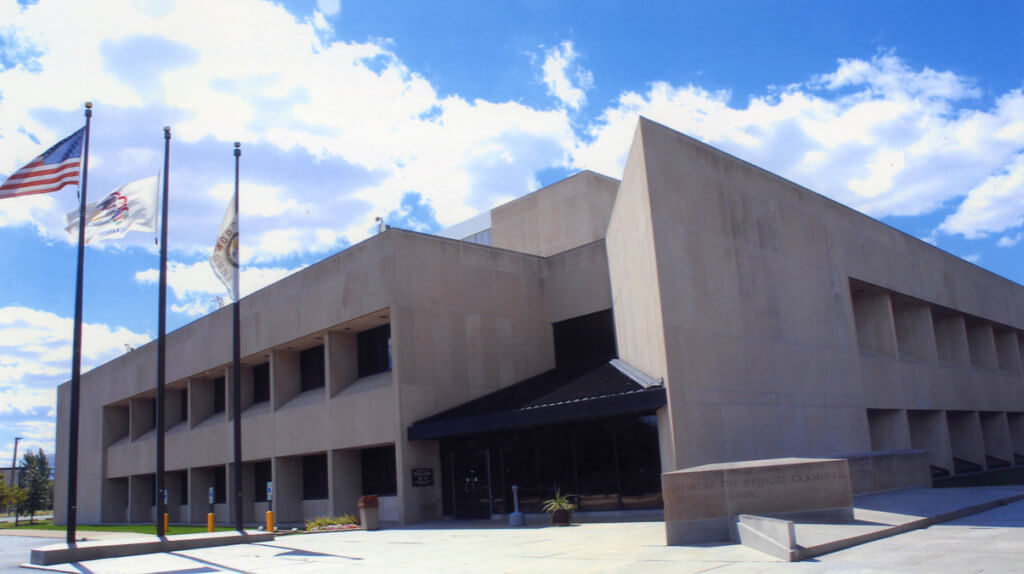 By: Ted Dabrowski and John Klingner A Wirepoints analysis of…

A Wirepoints analysis of COVID-19 deaths from the Cook County Medical Examiner’s office reveals that 92 percent of victims from the virus had pre-existing medical conditions.*

The medical examiner’s database showed COVID-19 as the primary cause of death for 2,303 people. Of those, 2,112 were shown to have at least one underlying condition as a secondary cause of death. Those conditions, also known as comorbidities, included hypertension, diabetes, obesity and heart disease. There were no secondary causes reported for 191 deaths.

This finding is important because Gov. J.B. Pritzker has refused to release any statewide comorbidity data as part of his official Illinois Department of Health releases. Wirepoints asked for data directly from the governor’s office on April 21st, but we were told it was not available. We’ve since released a piece asking Gov. J.B. Pritzker why that’s so: Who’s most at risk for COVID-19 and why isn’t Illinois publishing that data?

Understanding who is most at risk – and who is not – is central to a public understanding of the virus. It’s also central to helping decide when and how to open up our economy and schools. What Cook County’s and other comorbidity data across the country implies is that the risk of death for healthy Illinoisans is far lower than Gov. J.B. Pritzker might lead people to believe based on his protracted lockdown and drawn out reopening plan.

Cook County reports that of the 2,303 victims where COVID-19 was listed as the primary cause of death, 92 percent had one or more comorbidities. 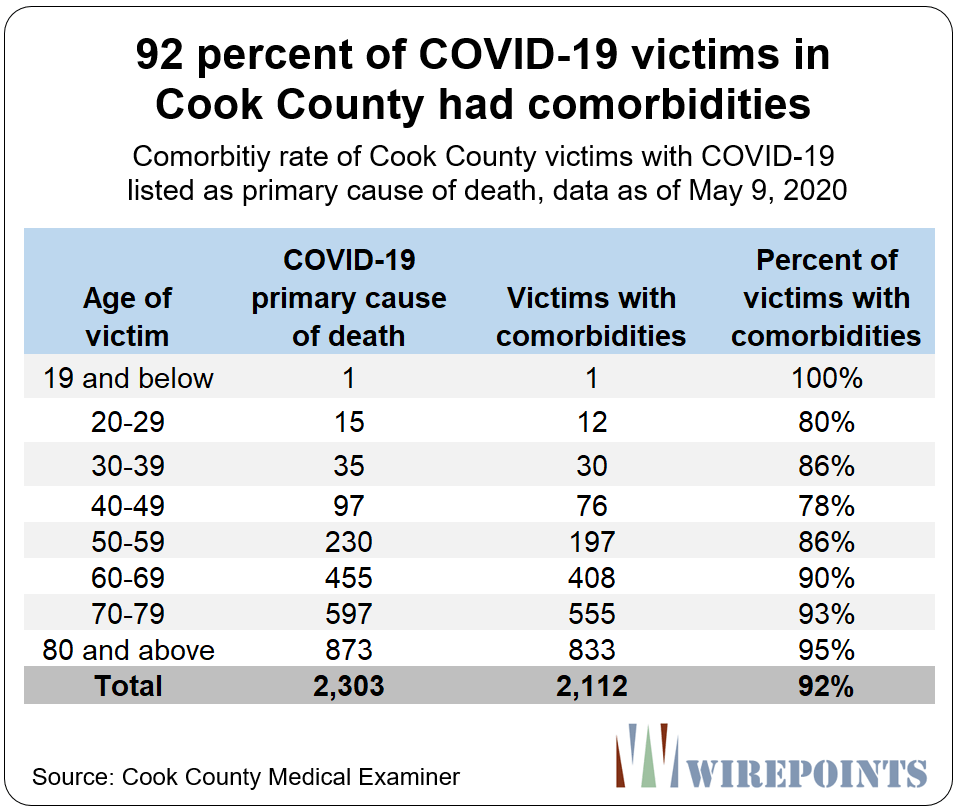 Hypertension affected 1,070 victims, or more than 46 percent of all deaths. Diabetes impacted 973 victims, or 42 percent of the total. Pulmonary disease was part of 397 deaths, or 17 percent. And 215 of those deaths, about 9 percent, were accompanied by obesity or morbid obesity.

Yet others had conditions including cancer and cardiovascular and kidney diseases. The numbers above add up to more than 100 percent because many victims had more than one pre-existing condition.

The Cook County data lines up with city of Chicago data on comorbidities for city deaths. Though the city does not provide any broader detail, it does report that 1,090 of Chicago’s 1,160 COVID-19 deaths had underlying conditions. That’s 94 percent.

What’s stark about the Cook comorbidity data is just how few young adults die from COVID-19 in the absence of some pre-existing condition. Just 3 of the 15 deaths in the 20-29 age bracket had no comorbidities. Same goes for the 30-39 and 40-49 age brackets, where just 26 of the 132 deaths were accompanied with no underlying causes.

The above data is key to mapping out a reopening strategy for schools, universities and workplaces. Younger, healthier adults face far less risk from COVID-19 than originally feared.

On the flip side, it shows who is at risk: anyone with pre-existing conditions, including the elderly. As of May 8, the average age of all COVID-19 deaths in Illinois was 74, a clear sign of where the true risk lies.

Even more, almost 50 percent of all Illinois deaths have been tied to long-term care facilities, the subject of an upcoming Wirepoints piece. That means nearly 1,600 deaths occurred outside the general public.

For months, Illinois residents have lived in fear, a fear that has been exacerbated by a lack of transparency and open reporting from the state. The state didn’t release hospitalization data until outside pressure forced it to. Antibody testing results are still being held back, which we wrote about in With New FDA Action, Gov. Pritzker and Dr. Ezike Have No Excuse for Further Stonewalling Antibody Testing.