Will Dems start the civil war should they lose in November? 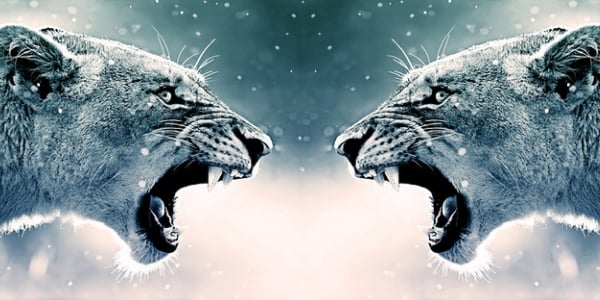 Will Dems start the civil war should they lose in November?

A common question in this difficult year is: “Where does America go from here?” It is increasingly clear that the leftist push to transform America has passed a point of no return. Many of us have opined that our nation’s political division was on an inevitable path to violence because there is no middle ground for compromise. Concessions to liberal demands are always met with additional demands, resulting in our nation’s never-ending lurch to the left. On the other hand, simply refusing to concede any further is branded as “far-right extremism.” This inescapable conflict is something many Americans have felt coming for years.

The cultural push away from America’s traditional notions of freedom and toward a more globalist/socialist society began in earnest in the 1960s with the slow but steady infiltration and transformation of American institutions. Replacing the American values of hard work and self-reliance with massive federal bureaucracies providing money, housing and food for a significant portion of our population was a big step in that direction. The creation of additional federal bureaucracies in the 1970s, like the Department of Education, and experimenting with wage and price controls, further eroded local distinctions, freedom and culture. This homogenization of the American people and experience paved the way for increased central planning.

On Sept. 11, 1990, President George H.W. Bush caused a storm among freedom-loving Americans by referring to a “new world order” in a speech to Congress. His vision was one where American dominance would diminish, and U.S. military and economic power was only necessary for enforcing the new order among nations of equals. While he spoke specifically of intervening in the military conflict between Iraq and Kuwait, we now see Bush’s vision from that speech resulted in the ongoing “not-a-war” military actions in which the U.S. is currently entangled around the world.

On Oct. 30, 2008, candidate Barack Obama surprised many by stating that he and his supporters were “five days away from fundamentally transforming the United States of America.” Without question, America became a fundamentally different nation over the next eight years. The globalist plan to continue that transformation included Hillary Clinton’s preordained ascension to the presidency and her continuing the policies of conversion. The left’s miscalculation in the progress of their transformation, though, resulted in the nomination and general election victory of Donald Trump and his America-first message.

For more than 50 years there had been a steady march toward socialism in the United States, but our nation has avoided the violent revolution that occurred in many countries when socialists take power. We may yet face such a fight.

The 2020 presidential election cycle is turning out to be much like 2016. Democratic insurgent socialist Bernie Sanders was back with a strong primary effort the party snuffed out in favor of an establishment candidate. Major media is all-in with questionable polls showing Biden with ridiculous leads. In 2016 Democrats and major media tried to bait Trump into accepting a general election loss in advance. This time around liberal pundits are hand-wringing about what to do when President Trump is defeated, but refuses to accept the election results or leave the White House.

Unlike 2016, though, Democratic supporters are now rioting in major U.S. cities, burning buildings, attacking police, blocking roads and assaulting citizens. The nightly violence on American streets by self-described communist revolutionaries is enabled by Democratic local officials, and Democrats on Capitol Hill refuse to denounce the rioters. For 2020, violence is on the table.

It was recently reported a group of Democrats and never-Trump Republicans, concerned over fears President Trump might refuse to leave the White House, gathered to work through scenarios regarding possible general election outcomes. John Podesta, 2016 Clinton campaign chairman, stood in for Joe Biden as the group war-gamed four scenarios. In a scenario like 2016 where Democrats win the popular vote, but lose the electoral count, they explored options other than conceding the election. Outcomes included Biden refusing to concede the election and pressuring certain states to change Electors, the House of Representatives refusing to certify the Electoral College results and California and other Western states seceding rather than accept another Trump victory.

Such remarkable Democratic proposals as secession and civil war should not be surprising since they are merely a continuation of Democrats’ assaults on President Trump and everyone associated with him over the past four years. The Brett Kavanaugh hearings, the ridiculous impeachment attempt and the riots and violence in our cities have put Americans on notice that there is nothing off-limits to Democrats in their quest to overthrow President Trump. The nonstop national tantrum liberals have inflicted on America since the 2016 general election has boiled over into the streets. Democrats are making plans to increase the pain even more if they lose in November, and a second civil war is one of their options.

Published in Election 2020, Opinion, Political News and US News