‘What the Nazis did to the Jews’: Pakistani minister lashes out at Macron amid uproar over French leader’s ‘ultimatum’ to Muslims 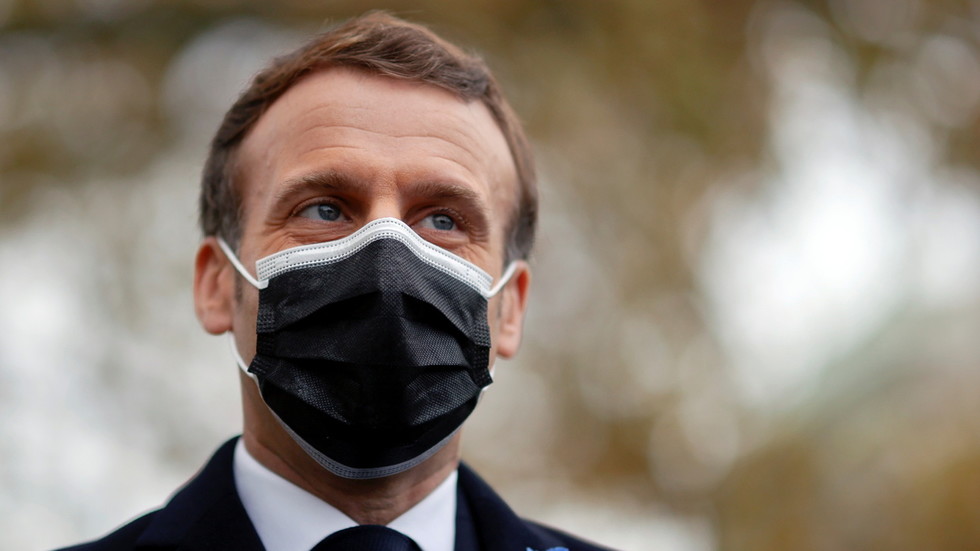 ‘What the Nazis did to the Jews’: Pakistani minister lashes out at Macron amid uproar over French leader's ‘ultimatum’ to Muslims

Minister Shireen Mazari did not hold back with her criticisms of Macron’s insistence that Muslim leaders in France agree to a “charter of republican values,” among other policies aimed at discouraging radicalism.

“Macron is doing to Muslims what the Nazis did to the Jews – Muslim children will get ID numbers (other children won’t) just as Jews were forced to wear the yellow star on their clothing for identification,” the senior Pakistani official wrote.

Macron is doing to Muslims what the Nazis did to the Jews – Muslim children will get ID numbers (other children won’t) just as Jews were forced to wear the yellow star on their clothing for identification. https://t.co/YdP2L3flJS

Without mentioning Mazari by name, the French foreign ministry later issued a statement rebuking a member of Pakistan’s cabinet for using social media to spread “deeply shocking and insulting remarks” about Macron that contained “blatant lies.” The ministry demanded that the Pakistani government “rectify” the incendiary comments.

The French Embassy in Pakistan was more direct, responding to Mazari’s tweet by saying: “Fake news and false accusation.”

Under legislation submitted by Macron, each child in France would be given an identification number that would be used to ensure that they are attending school. Parents who keep their children at home could face fines and even jail time. However, the measures would apply to all children, not just those from Muslim households.

The proposed law is part of a larger package of new measures and bills put forward by the French president this week. On Wednesday he issued an ultimatum to the French Council of the Muslim Faith (CFCM), giving the group 15 days to work with the interior ministry on ways to crack down on radical Islam. The CFCM agreed to create an organization that will issue accreditation to imams. The accreditation can be withdrawn if religious leaders espouse extremist views.

Macron also wants to implement a ban on sharing personal information which could lead to individuals being located by people who want to harm them. He also hopes to impose harsher punishments on those who intimidate public officials on religious grounds. The bundle of new laws will be discussed by the French cabinet on December 9.

Mazari isn’t the only public figure to denounce the French leader’s latest initiatives. British Labour MP Zarah Sultana said she was concerned about the “frightening direction” of Macron’s government, stating that “we must condemn Islamophobia & all forms of racism.”

The UK’s Muslim Public Affairs Committee expressed similar displeasure with Macron, describing him as “not just a threat to law-abiding Muslim citizens, but to France & the EU itself.”

The Council on American-Islamic Relations (CAIR) earlier condemned Macron for attempting to “dictate the principles of the Islamic faith,” blasting the president’s proposed measures as “hypocritical and dangerous.”

The crackdown comes after France saw a wave of attacks reportedly carried out by Islamic extremists. The string of violence began with the murder of schoolteacher Samuel Paty on October 16, who was beheaded by a radicalized Chechen refugee after showing cartoons of the Prophet Mohammed in a lesson about free speech. Nearly two weeks later, three people were killed in a knife attack in Nice, France. The suspect is a Tunisian migrant who was reportedly radicalized.

Macron has become the target of protests and condemnation from around the Muslim world. Earlier this month, 50,000 people took to the streets in Bangladesh’s capital Dhaka to protest against the French leader’s defense of the right to publish cartoons of the Prophet Mohammed.