‘We’re Not Going to Be Another Venezuela,’ Trump Tells Latino Roundtable in Arizona 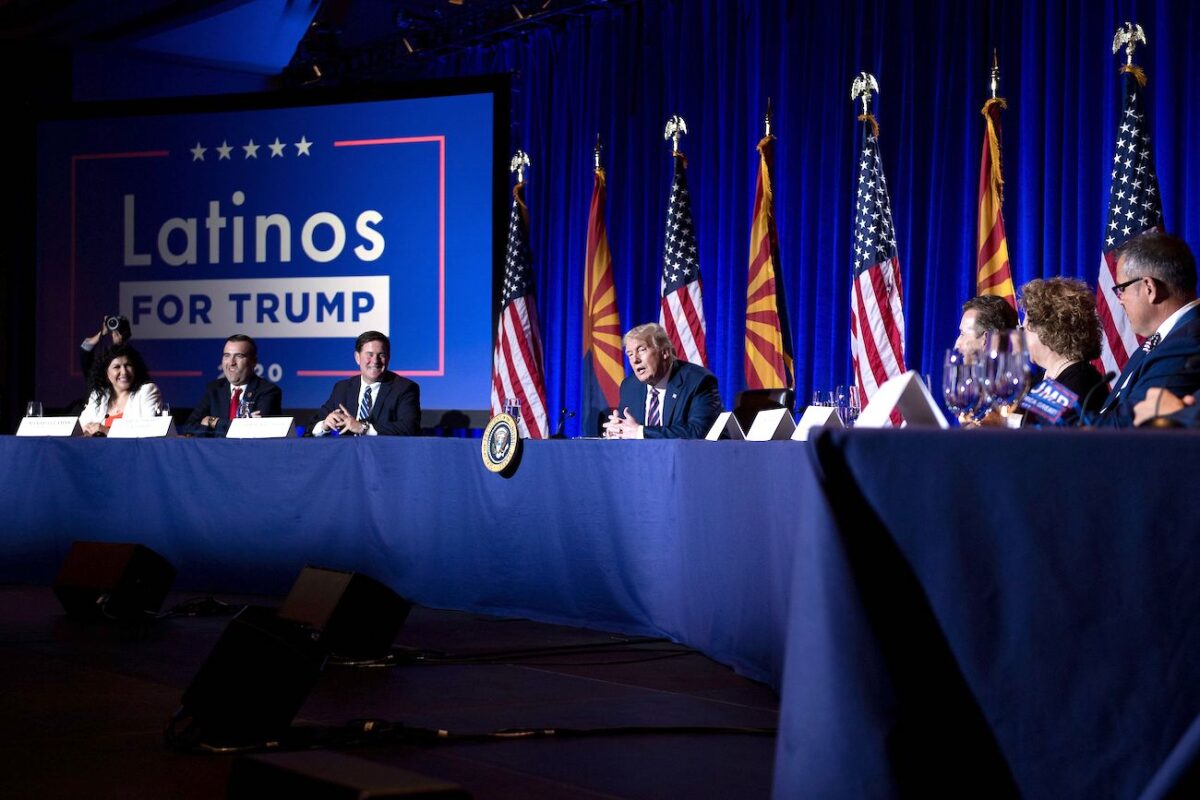 'We're Not Going to Be Another Venezuela,' Trump Tells Latino Roundtable in Arizona

President Donald Trump held a “Latinos for Trump” roundtable with local supporters in Phoenix, Arizona, just a day after holding a similar event in Las Vegas, Nevada. During his remarks, the president expressed optimism for Hispanic Americans and warned them against a leadership under Democrats, saying, “We’re not going to be another Venezuela.”

In opening remarks at the roundtable, Trump spoke about his administration’s actions that have benefited Hispanic American communities, which include various tax cuts and regulation cuts, and the creation of opportunity zones. He noted the White House Hispanic Prosperity Initiative, an executive order signed in July to improve Hispanic Americans’ access to educational and economic opportunities.

Trump said that Hispanic Americans have seen the lowest unemployment rate on record.

Published in Election 2020, Political News, Trump and US News