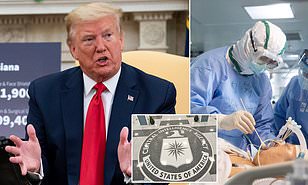 Published in China, Coronavirus, US News and World News