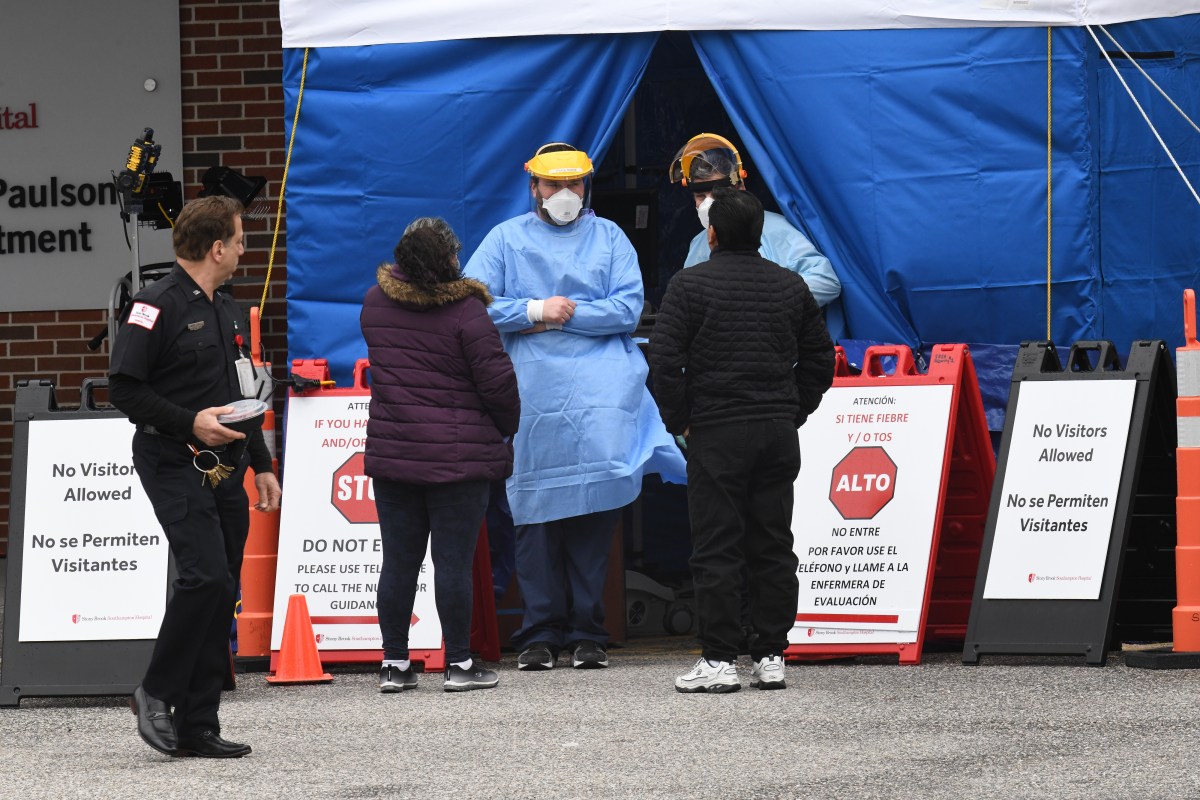 Every aspect of life, most crucially medical care, is under…

The year-round residents, the locals who serve and clean and landscape for the super-rich in the summertime — and put up with all manner of entitlement and terrible behavior in exchange for good money — are silent no more.

“There’s not a vegetable to be found in this town right now,” says one resident of Springs, a working-class pocket of East Hampton. “It’s these elitist people who think they don’t have to follow the rules.”

It’s not just the drastic food shortage out here. Every aspect of life, most crucially medical care, is under strain from the sudden influx of rich Manhattanites panic-fleeing, bringing along their disdain and disregard for the little people — and in some cases, knowingly bringing coronavirus.

The Springs resident says her friend, a nurse out here, reported that a wealthy Manhattan woman who tested positive called tiny Southampton Hospital to say she was on her way and needed treatment.

The woman was told to stay in Manhattan.

Instead, she allegedly got on public transportation, telling no one of her condition. Then she showed up at Southampton Hospital, demanding admittance.

“Someone else took a private jet to East Hampton and did not tell anybody ’til he landed,” the resident says. “That’s the most horrendous aspect. The virus is already here, and we don’t have any medical resources.”

“We’re at the end of Long Island, the tip, and waves of people are bringing this s–t,” says lifelong Montauker James Katsipis. “We should blow up the bridges. Don’t let them in.”

It began one week ago. First came the social media posts, the rich showing off their fleets of SUVs — three to a family sometimes — with fresh and canned food bought in the city, announcing they were headed to their second homes out east, where they immediately ravaged every supermarket and stripped the shelves bare.

Then they hit P.C. Richard & Son in Southampton to rush-order extra freezers to hoard all that food — 700 orders last weekend alone. When one customer was asked what size freezer she wanted, she said, “I don’t care. It just needs to be big enough that I can hide in it.”

That makes no sense, but nothing out here has made sense recently.

Here’s something that never gets mentioned or seen in coverage of the Hamptons, whether it’s the news or gossip columns or “Sex and the City” reruns: There are actually poor people who live here. There are three trailer parks (one, of course, is already going luxury). There are food pantries for the needy, and that includes schoolkids.

Normally, the haves and the have-nots converge only in summer, and everyone plays their parts. No more.

“A big majority [of the rich] are truly disrespectful, and in my opinion don’t deserve to enjoy Montauk,” says local fisherman Chris Albronda, 33. He wasn’t shocked by the infected woman who deliberately came out here, even after she was told not to.

“That small act reflects a lot of what we deal with in the summer,” he says. “Selfish. Disrespectful. Absolutely horrifying.”

“I’ve seen breathtaking acts of selfishness,” says lifelong East Hamptonite Jason LaGarenne, 42. “I saw one guy walk out [of a grocery store] with a cart full of carrots. Just carrots. Another cart was full of bottles of water and orange anti-microbial dish soap. If you’re a ridiculous person in general, I guess your ridiculousness is amplified by something like this.”