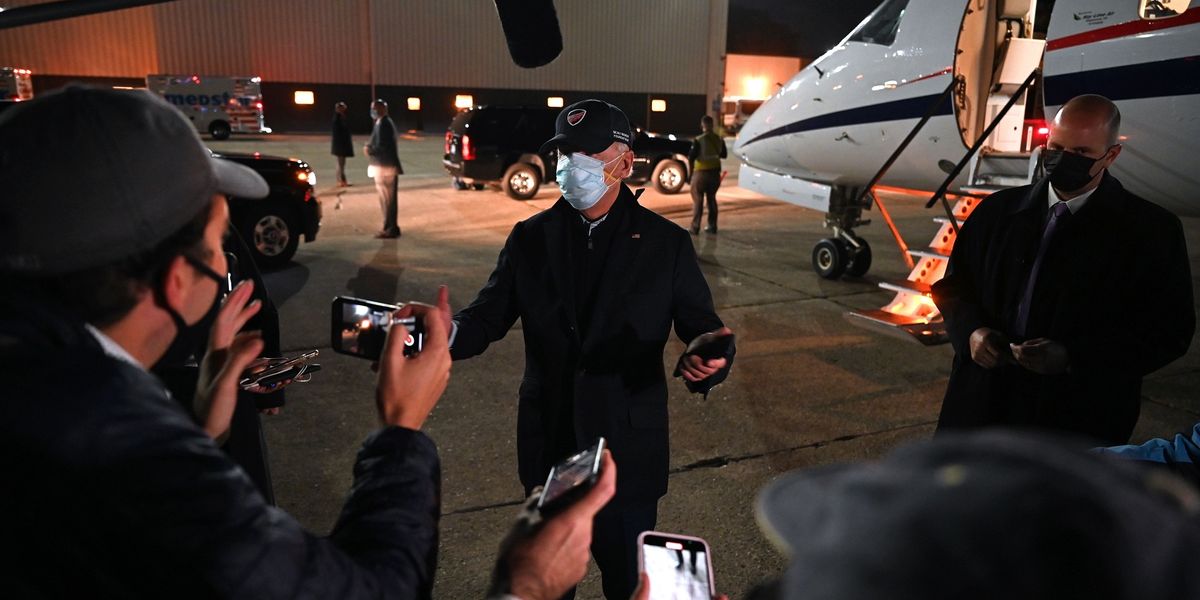 The Democratic presidential nominee refused to respond to the allegations, then attacked the journalist

The Democratic presidential nominee refused to respond to the allegations, then attacked the journalist

Democratic presidential candidate Joe Biden was asked by CBS News campaign reporter Bo Erickson Friday night for his response to the New York Post‘s recent story revealing emails that purportedly show Hunter Biden set up a meeting between his father and a top executive at Ukrainian energy firm, Burisma, when the younger Biden sat on its board.

Biden dismissed the Post’s story as a “smear campaign,” before castigating Erickson for daring to ask the question in the first place.

What are the details?

Erickson posted a video of the exchange on Twitter, tweeting in his message, “I asked Joe Biden: What is your response to the NYPost story about your son, sir? He called it a ‘smear campaign’ and then went after me. ‘I know you’d ask it. I have no response, it’s another smear campaign, right up your alley, those are the questions you always ask.'”

Erickson is not alone in wondering what Biden’s response is to the explosive story, which was amplified with a boost of intrigue after social media giants Facebook and Twitter censored the New York Post piece in an effort to stifle it.

Twitter later reversed its position and allowed users to share the article after the platform suspended several high profile accounts for doing so — including White House press secretary Kayleigh McEnany and Politico reporter Jake Sherman, who later said he wished he “had given the story a closer read before tweeting it.”

Biden was able to skate through his entire town hall on ABC Thursday night without a single question on the matter.

The Post, meanwhile, continues to release a trove of exchanges between Hunter Biden, his father, and others, which the newspaper says were extracted from a “computer [that] was dropped off at a repair shop in Biden’s home state of Delaware in April 2019, according to the store’s owner.”

The Associated Press reported that the FBI is now investigating “whether the emails are part of a foreign influence operation” allegedly involving Trump ally Rudy Giuliani, who says he received the photos and messages after the repair shop owner reached out to his attorney.