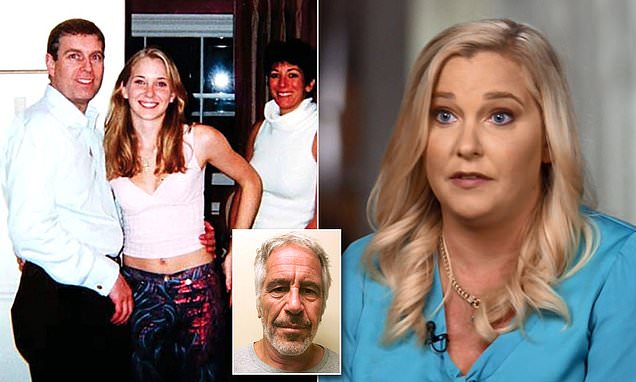 Giuffre sat down with five other Epstein accusers in her…

Virginia Roberts Giuffre has described in detail how she allegedly had sex with Prince Andrew in 2001 when she was 17 in Ghislaine Maxwell’s London townhouse after the royal gave her vodka at a nightclub.

In her first television interview, Giuffre, who went by her maiden name Roberts when the alleged incidents happened – sat down with NBC’s Dateline along with five other Jeffrey Epstein accusers, including three who have never spoken publicly before.

The episode will air on Friday September 20 at 10pm EST.

The women say they felt ‘let down’ by Epstein’s suicide and demanded for the people who helped him traffic and abuse them to be brought to justice.

Prince Andrew has repeatedly and vehemently denied Giuffre’s accusations, calling them ‘false’ and ‘without foundation’ and saying ‘any suggestion of impropriety with under-age minors is ‘categorically untrue’.

Giuffre, who is now 35, however maintained on Friday that she is telling the truth.

‘He was an abuser, he was a participant.

‘The first time in London, I was so young. Ghislaine woke me up in the morning  and said, “you’re gonna meet a prince today.”

‘I didn’t know at that point that I was going to be trafficked to a prince,’ she said.