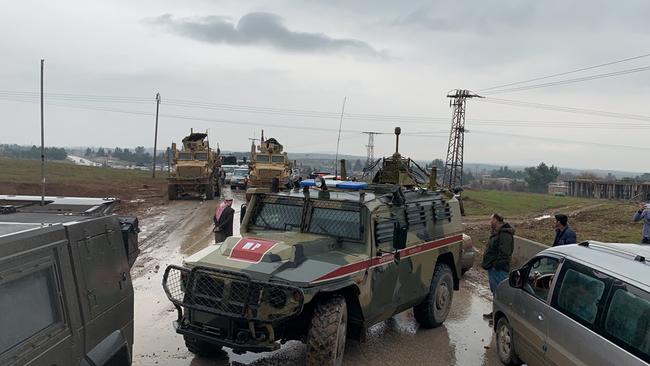 Tense encounters could turn deadly, sparking a major clash of…

Yet another dangerous incident has played out between American and Russian forces operating in Syria in what appears a series of standoffs near key oil installations since Saturday. “This is the third incident that occurred within a week,” one local reporter told VOA in an alarming report.

Days ago we reported on the first incident involving a US convoy blocking a Russian convoy on a highway near the town of Rmelan, after the Americans were apparently concerned the Russians were going to enter an oil field, which the US administration says it has “secured”.

But now Voice of America reports three total incidents, with the most recent ones happening Tuesday and Wednesday in al-Hasakah province, as newly detailed by the opposition outlet Syrian Observatory for Human Rights.

All of the incidents involved US forces blocking Russian military vehicles and forcing them to turn around as they neared sensitive oil installations held by the US-backed Kurdish SDF and American special forces in Syria’s northeast.

One eyewitness reporter on the ground described the following:

The incident on Tuesday is part of a series of similar incidents that happened in recent days between the two powers over their presence in Syria, local sources said.

“This is the third incident that occurred within a week,” said Nishan Mohammad, a local reporter who said he witnessed another recent standoff between U.S. and Russian troops in northeast Syria.

“I was there last weekend when U.S. soldiers stopped Russian military vehicles and forced them to head back to their base,” he told VOA in a phone interview Tuesday.

Published in Military, Political News, Syria and US News