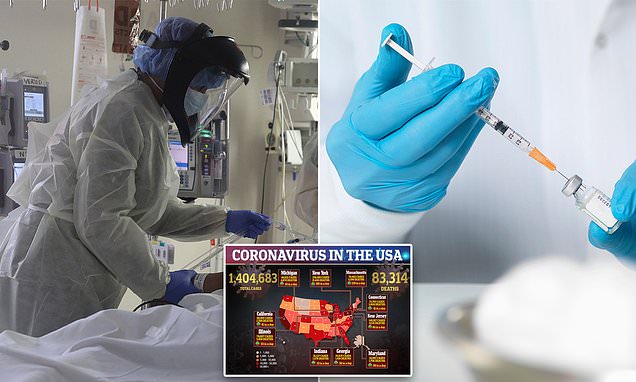 US scientist reveals what project 'Warp Speed' is

Operation Warp Speed is a fast-track plan by the US…

Last month, the US government launched ‘Operation Warp Speed’ to fast-track the production of a coronavirus vaccine in America.

Details have thus far been very vague, but a governmental official involved in the project has broken down some of the steps to Science Magazine.

The Trump administration is planning to provide unlimited funding and other resources for the eight vaccines that look best so human trials can begin by July.

No candidates being made in China will be considered.

Some vaccine and health experts are worried that Operation Warp Speed will lead to competition, rather than joint efforts, among companies studying possible vaccine candidates.

Currently, there are are 105 coronavirus vaccines in development, according to BioWorld.

Of those, about eight have begun testing in humans. But the majority of companies producing the jabs have less than adequate funding, staffers and equipment.

The official, who was authorized to speak to Science on the condition of anonymity, said the idea for Operation Warp Speed came about in early April.

‘Looking around, it became clear that, without a really heroic effort, none of the existing efforts to produce vaccine was going to lead us to have vaccine to prevent what looks increasingly like a second wave that could sweep come October, November,’ he told Science.

Members will be split into three teams – development, manufacturing and supply – and will be managed by a so-called ‘core-team.’

According to the official, Operation Warp Speed is planning to push funding for eight vaccine candidates, which he declined to name.

All the candidates will have to be proven safe and available to be manufactured by the hundreds of millions. By July, the team wants all eight to be conducting trials in humans.