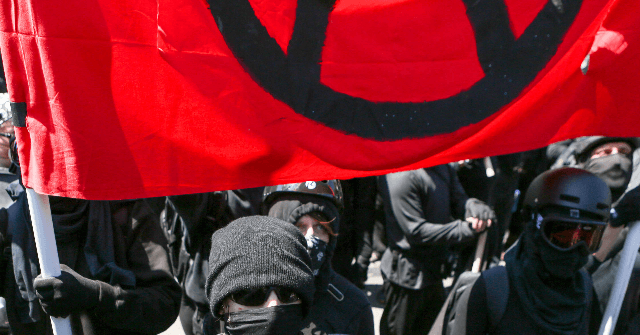 Journalists at the Burkean, an online publication for campus conservatives in Ireland, spent months posing as Antifa on Twitter, aiming to uncover hidden sympathizers of the violent movement at Irish universities.

Using the Twitter account “Irish Students Against Fascism,” they conducted and recorded several conversations with senior members of student union officials across Ireland, who made compromising comments exposing their pro-Antifa sympathies.

So far, the biggest casualty of the sting is Michelle Byrne, until recently deputy president of the Union of Students in Ireland (USI), a national organization representing roughly 374,000 students across the country. Byrne also serves on the board of the National Youth Council of Ireland, a mental health charity, a problem gambling charity, and also took part in an Irish parliamentary committee on housing.

In conversations conducted by the Burkean’s undercover journalists, Byrne can allegedly be heard promising to hand over the names of conservative students to the fake Antifa account, which promised to pass them on to people who could “slap them around.”

The Burkean’s fake Antifa account also said “Any ideas that you can’t enact for saving face – we can do the sort of illegal stuff, so to speak,” to which Bryne replied, “yeah, absolutely.”

“is there anything that I can do, in my capacity in work, to help you – without obviously saying that I’m helping you?” Byrne continued.

A global movement, Antifa is notorious for engaging in violent and illegal behavior. Last year, Antifa supporters in Portland violently assaulted conservative journalist Andy Ngo, putting him in the hospital with a brain hemorrhage. In 2017, the U.S. Department of Homeland Security warned local law enforcement to be prepared for “domestic terrorist violence” from Antifa.

USI launched an investigation after the publication of Byrne’s comments. She resigned from her position as deputy president shortly thereafter.

Multiple other student leaders have also been implicated by the sting. Byrne’s superior, USI president Lorna Fitzpatrick, was caught on tape promising to lobby USI National Council members on a motion to support the activities of the purported Antifa group, and also agreed “in a personal capacity” with the tactic of collecting names and firing alleged “fascists” in Ireland. She also agreed to pass on the names of anyone she came across to the group. However, Fitzpatrick avoided conveying any support for Antifa in an official USI capacity.

Robert Murtagh, president of the Union of Students in Northern Ireland, was also recorded expressing his support for “direct action” by the purported Antifa group, and said he was “very happy” to get involved in direct action when his term as president was over.

Other Irish student leaders were also caught in the sting. Roisin Nic Lochlainn, VP of the students union at NUI Galway, expressed support for Antifa and admitted to throwing a milkshake at a conservative activist.