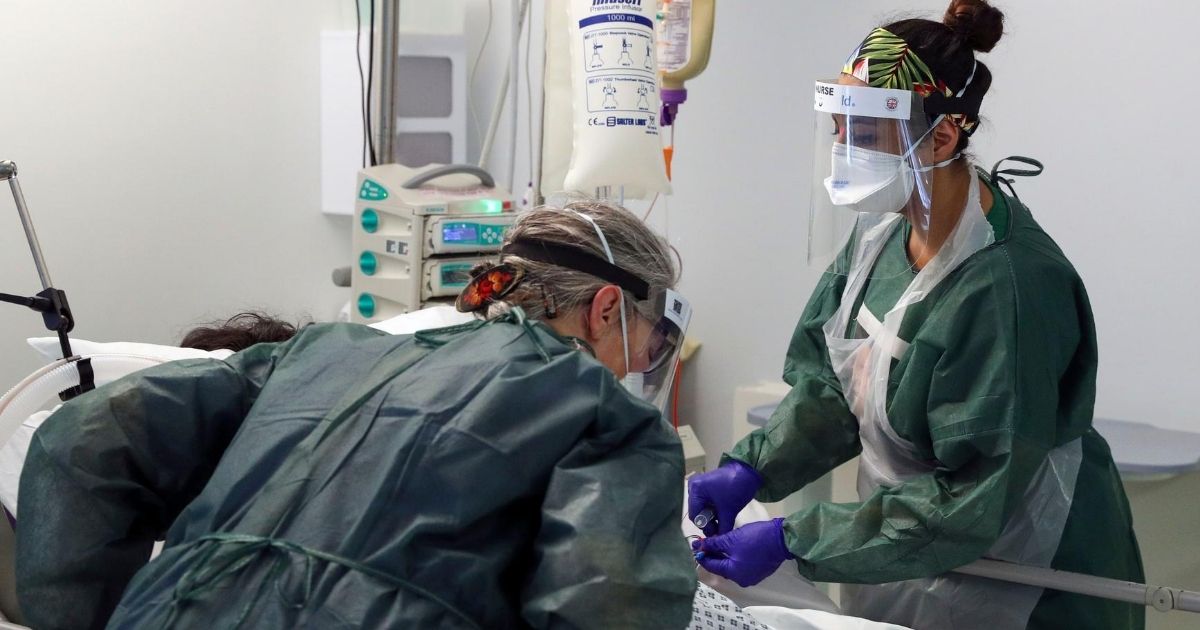 It becomes clearer every day that the number of deaths…

The Western Journal
By Erin Erhardt

For months now, countries around the world have been publicizing ominous “coronavirus trackers” that count up to grim “milestones,” including the numbers of cases and deaths.

Now, England is changing how it does one metric: the daily death count.

According to The Telegraph, Matt Hancock, Britain’s health secretary, ordered a review of how daily fatality statistics were reported after scientists noted that deaths were being “over-exaggerated.”

Experts at Oxford University revealed that deaths were added to the coronavirus death count even if the decedent tested positive for the virus weeks or months ago, and even in cases where it was clear the virus was not a contributing factor.

“Under the previous system, anyone who has ever tested positive for the virus in England was automatically counted as a coronavirus death when they died, even if the death was from a car accident,” The Telegraph reported.

“By contrast, Scotland and Wales operate a cut-off threshold of 28 days after a positive test, after which a death is not assumed to be virus-related.”

The coronavirus can linger for weeks, leaving room for error in Scotland and Wales’ 28-day cutoff. For example, conservative commentator and former GOP presidential candidate Herman Cain died over a month after he was first diagnosed with the disease.

On the other hand, including deaths from clearly unrelated circumstances such as car accidents is nothing more than irresponsible fearmongering.

“Although it may seem straightforward, there is no WHO agreed method of counting deaths from Covid-19,” Dr. Susan Hopkins, PHE’s incident director, said, according to The Telegraph. “In England, we count all those that have died who had a positive Covid-19 test at any point, to ensure our data are as complete as possible.”

However, the agency has reversed course and will now publish three separate daily death tolls from COVID-19, the Daily Mail reported Tuesday.

It seems fallacious to consider data complete when it is known to be inaccurate.

A death should only be added to the official death toll if, but for contracting the coronavirus, the person would still be alive. Of course, that’s much easier said than done, as a myriad of factors might contribute to a person’s death.

When a person dies in a car accident, however, it’s clear the accident was the “but for” cause of death, regardless of the health condition of the person prior to the accident. To count that person as a coronavirus fatality is irresponsible at best.

Of course, England isn’t alone in inflating its death toll this way. The United States has seen its fair share of misreporting coronavirus deaths, compounded by the fact that each state determines its own method for tallying fatalities.

Back in April, Pennsylvania removed hundreds of deaths from its counts where the victim had not tested positive for the virus, although the virus was thought to be the probable cause of death.

That same month, New York took the opposite approach and added 3,700 victims to its death toll in a single day — despite the lack of positive tests among those who died.

Much more egregiously, officials in Washington state and Florida have included gunshot victims among their coronavirus fatalities.

The lack of reliable, transparent data related to the number of deaths actually caused by the coronavirus and the efficacy of various treatments is a major problem.

Approximately six months into the coronavirus pandemic, the media still spends most of its time acting like this is the second coming of the Black Death. People’s lives and livelihoods have been ruined, not just by the disease but by the government’s reactionary response to it.

Meanwhile, it becomes clearer every day that the number of deaths caused by coronavirus is being inflated, sometimes intentionally. This unnecessarily increases the level of fear surrounding the virus and creates an environment where everyone is singularly focused on that issue, at the expense of almost everything else.