U.S. military command teams in charge of protecting homeland security are being isolated in the infamous Cheyenne mountain bunker where they will remain ‘sealed off’ until the coronavirus pandemic passes 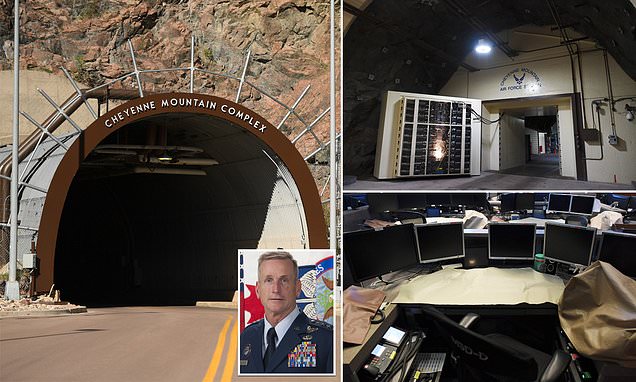 Military teams that monitor foreign missile and warplane threats to…

Part of the U.S. Army’s Northern Command in charge of homeland security is isolating at the Cheyenne Mountain bunker in Colorado as the coronavirus spreads across the country.

The bunker is a command and control site which was built inside the mountain of the same name, located near Colorado Springs.

‘To ensure that we can defend the homeland despite this pandemic, our command and control watch teams here in the headquarters split into multiple shifts and portions of our watch team began working from Cheyenne Mountain Air Force Station, creating a third team at an alternate location as well,’ Air Force General Terrence O’Shaughnessy, head of U.S. Northern Command and NORAD, said during a Facebook Live town hall with those under his command.

‘Our dedicated professionals of the NORAD and NORTHCOM command and control watch have left their homes, said goodbye to their families and are isolated from everyone to ensure that they can stand the watch each and every day to defend our homeland.

‘It’s certainly not optimal, but it’s absolutely necessary and appropriate given the situation.’

Published in Coronavirus, Military, Uncategorized and US News