‘Truth is the Only Comfort’: Chinese Citizens Fed Up With Beijing’s Coronavirus Propaganda 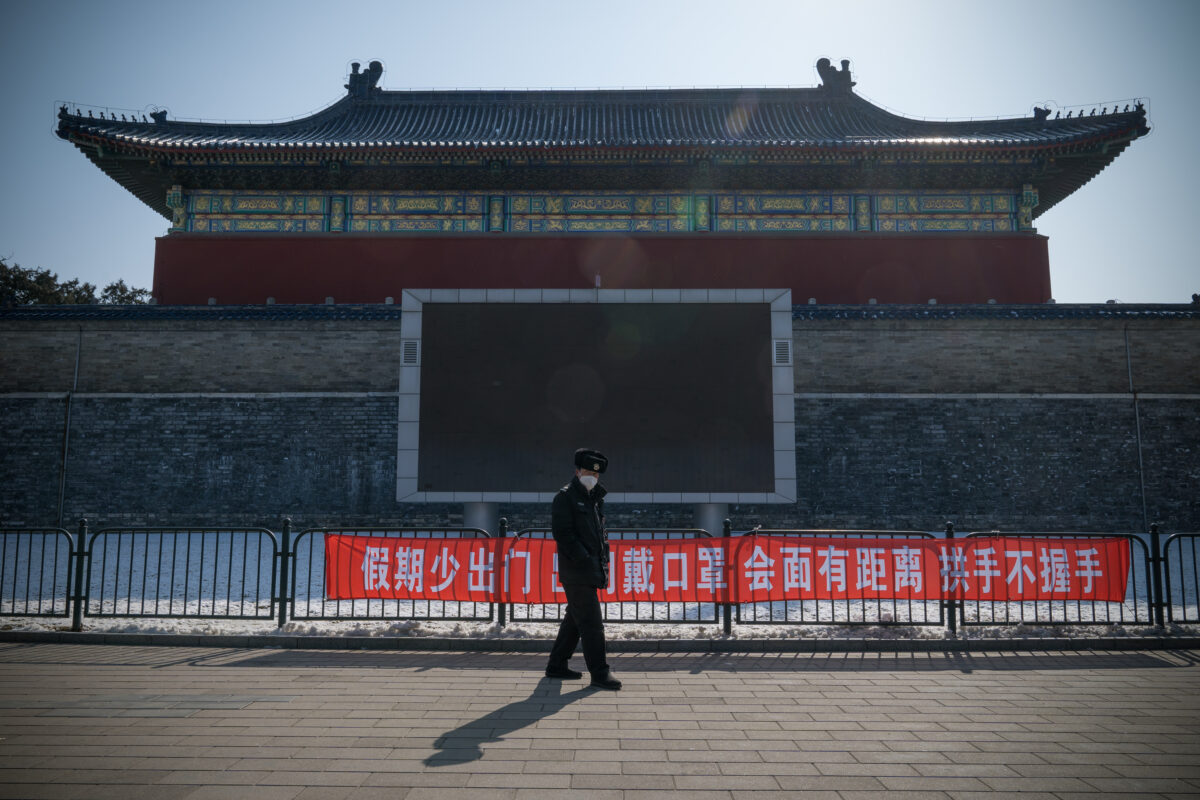 ‘Truth is the Only Comfort’: Chinese Citizens Fed Up With Beijing’s Coronavirus Propaganda

The Chinese regime has deployed its gargantuan propaganda machine to…

The Chinese regime has deployed its gargantuan propaganda machine to boost its leadership in its “all-out war” against the coronavirus outbreak. But its efforts do not appear to be winning the hearts and minds of its own citizens.

Campaigns by Chinese state-run media to promote ‘positive’ propaganda on its outbreak containment efforts have spurred fiery backlash online, while those living under lockdown in regions hit hard by the virus have consistently vented their frustrations online—in posts which are often later scrubbed by China’s internet censors.

In a February video propagated by Chinese state media, 14 nurses from China’s northwestern Gansu Province get their heads shaved as a precautionary measure before being dispatched to the frontlines in coronavirus epicenter Wuhan. Several wept during the ordeal, while others looked visibly upset.

The nurses who purportedly volunteered to undergo the procedure were lauded as heroes by state media. Yet many Chinese netizens who saw the video, which has millions of views, thought differently.

“To shave off their hair as a group … use their sacrifice to put out this performance, then create publicity hype—such an act is far too cruel,” a Chinese commentator wrote on Shanghai-based media Eastday. State-run media Gansu Daily, which first published the video, later deleted the post from Weibo, China’s Twitter-like social media platform.

But the outrage has not been limited to online—in the country’s worst-hit virus zone Wuhan, locals, in a rare show of defiance, took to voicing their displeasure with authorities’ handling of the outbreak in unconventional ways.

On March 5, when Sun Chunlan, the country’s Vice Premier, visited a residential compound in Wuhan along with a group of officials, locals who were sealed inside their apartments greeted them by yelling out complaints from their windows.

“It’s fake, everything’s fake!” One woman shouted. Their shouts continued until the officials exited the compound.

However, authorities made sure this episode wouldn’t be repeated when Chinese leader Xi Jinping visited Wuhan five days later. Footage circulating online show police wearing hazmat suits standing guard inside people’s apartments and on their balcony. In a notice on Chinese super-app WeChat, a local residential committee officer at a building complex in Wuhan said the officers would stay in residents’ homes for around an hour for “security clearance.”

“Anybody with a clear mind will not fail to see that this is purely an inspection show,” Chinese political commentator Yuan Bin wrote in a column for the Chinese-language edition of The Epoch Times.

A recently leaked document from Hubei Province, whose capital is Wuhan, revealed that authorities have deployed huge efforts at tightening the flow of information and shaping the official narrative amid the outbreak.

Officials have engaged at least 1,600 trolls in the province alone to aggressively monitor online speech and scrub any information critical of the regime.

The main goal is to enhance the “promotion of the positive side,” the document said, in part by having a “wartime” propaganda mechanism in place to control public opinion online and offline, “big and small,” with “minute precision.”

The propaganda efforts, according to the document, should focus on illuminating the effective containment measures, and “vividly retelling” the “moving deeds” of medical staff, officials, police officers, and volunteers.

Further, it asked all media to step up their promotion of “exemplary figures” and heroes from the outbreak frontlines, with the goal of having each state and provincial outlet feature two to three such models in their daily reporting.

In line with such directives, the province’s major media have published over 50,000 outbreak-related reports by mid-February, the document said, with some articles garnering hundreds of millions of views.

‘Truth Is the Only Comfort’

Wang Zhonglin, the Chinese Communist Party (CCP) Secretary of Wuhan, triggered an outpouring of rage after he recently called for a thorough “appreciation education” to teach the public to be grateful to the Party for its outbreak response.

“Wuhan people are heroic people who also know how to be grateful,” Wang said on March 6, according to state-affiliated Changjiang Daily.

The remark did not sit well with local residents. “Gratitude should be self-initiated, right?” Gao, a Wuhan local, told The Epoch Times. “Saving Chinese people is its obligation, the basic responsibility of a government … what is there to be grateful about?”