Trump To Expel Thousands Of Chinese Grad Students In U.S. Who Have Ties To Chinese Military Schools 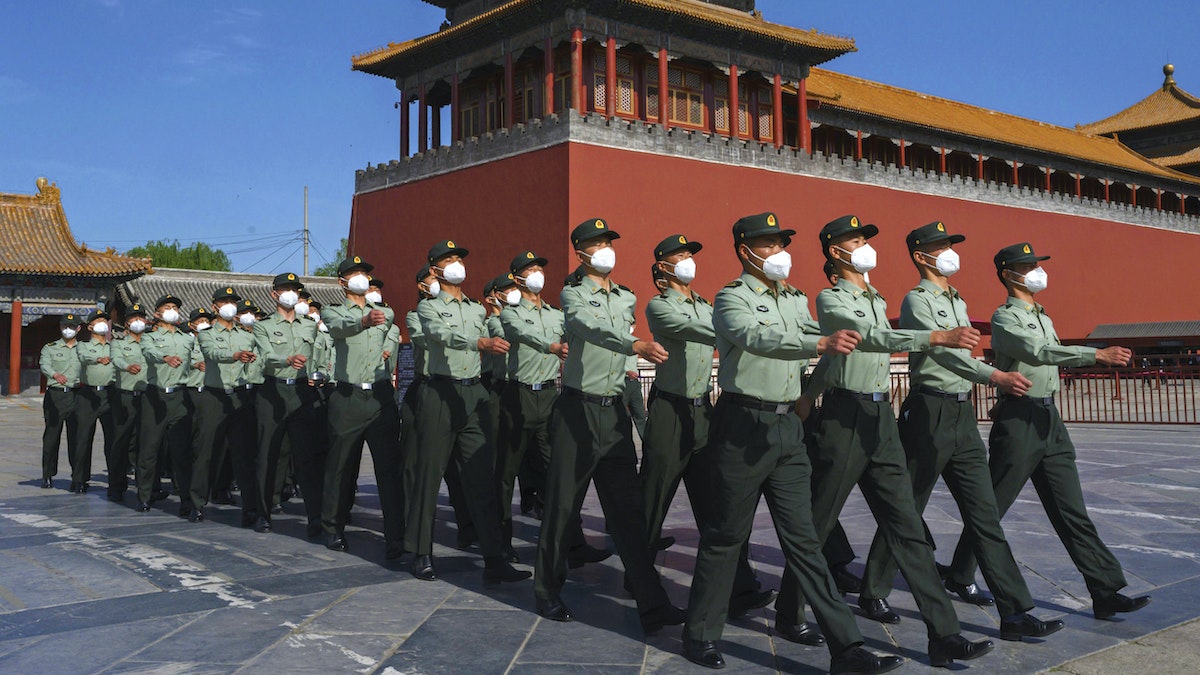 Trump To Expel Thousands Of Chinese Grad Students In U.S. Who Have Ties To Chinese Military Schools

The Trump administration is expected to expel thousands of Chinese…

The Trump administration is expected to expel thousands of Chinese graduate students that are in the United States and who have ties to Chinese military schools. The expected order comes as U.S. intelligence officials continue to warn of spying by Chinese nationals at U.S. universities and in science and technology fields.

“American officials are discussing ways to punish China for its passage of a new national security law intended to enable crackdowns in Hong Kong, but the plans to cancel student visas were under consideration before the crisis over the law, which was announced last week by Chinese officials,” The New York Times reported Thursday. “Administrators and teachers have been briefed in recent years by the F.B.I. and the Justice Department on potential national security threats posed by Chinese students, especially ones working in the sciences.”

The Times added that Secretary of State Mike Pompeo discussed the plans with President Donald Trump earlier this week during a meeting at the White House.

The move comes as the Department of Justice has announced numerous arrests in recent weeks of people working in the U.S. who were allegedly being paid by China’s Thousand Talents Plan, which allegedly pays high-level scientific and technology talent to steal trade secrets from other countries and bring them to China to further China’s scientific development, economic prosperity and national security.

Security and defense experts praised the move by the Trump administration to expel Chinese students who had links to Chinese military schools.

David Reaboi, who has extensive experience in national security consulting, responded by writing: “Right, proper, & long overdue. Universities have long prized the income they get from rich, regime-connected Chinese students, even as it’s a national security threat. They will squeal, but a sane country has no obligation to educate China’s next generation of fascist oligarchs.”

Right, proper, & long overdue. Universities have long prized the income they get from rich, regime-connected Chinese students, even as it's a national security threat. They will squeal, but a sane country has no obligation to educate China's next generation of fascist oligarchs. https://t.co/30GImP1pfV

The New York Times said that universities were worried about racism and a “new red scare,” but did not mention in its report that China has given billions of dollars to U.S. universities and colleges, including top institutions like Harvard.

“A lot of our ideas, technology, research, innovation is incubated on those university campuses,” Bill Evanina, the top counterintelligence official in the Office of the Director of National Intelligence, told NBC News. “That’s where the science and technology originates — and that’s why it’s the most prime place to steal.”

“No country poses a greater, more severe or long-term threat to our national security and economic prosperity than China,” Boston’s top FBI agent, Joseph Bonavolonta told NBC News. “China’s communist government’s goal, simply put, is to replace the U.S. as the world superpower, and they are breaking the law to get there.”

“Some American intelligence officials have pushed for years to expel employees of Chinese media organizations who they say mainly file intelligence reports,” The New York Times reported. “American officials view the state-run outlets in China as a potent threat in the growing strategic rivalry between the two superpowers, both because the outlets disseminate propaganda around the world and because of their ability to provide cover for intelligence operatives.”

The Daily Wire, headed by bestselling author and popular podcast host Ben Shapiro, is a leading provider of conservative news, cutting through the mainstream media’s rhetoric to provide readers the most important, relevant, and engaging stories of the day. Get inside access to The Daily Wire by becoming a member.