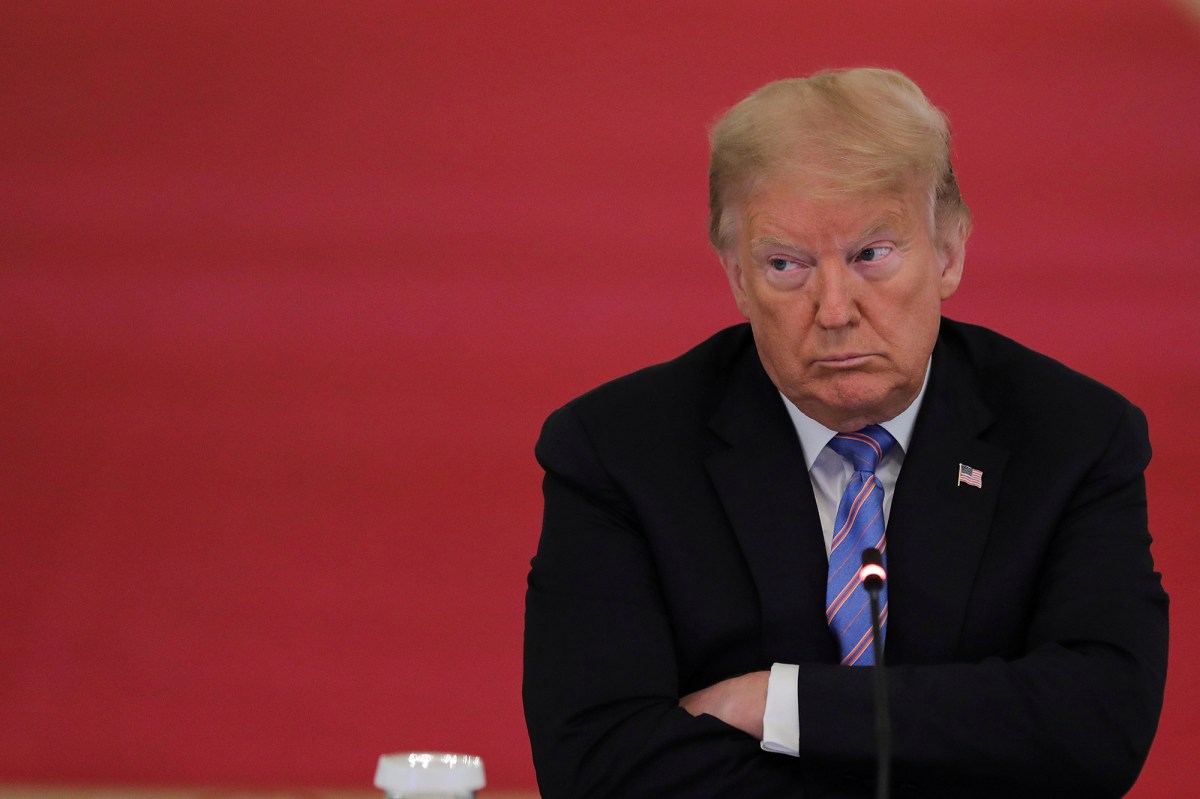 President Trump on Friday signed an executive order that he…

President Trump on Friday signed an executive order that he says will toughen enforcement of penalties for those who vandalize monuments.

“I just had the privilege of signing a very strong Executive Order protecting American Monuments, Memorials, and Statues – and combatting recent Criminal Violence,” Trump tweeted. “Long prison terms for these lawless acts against our Great Country!”

The order mandates that the Attorney General’s office directly prosecute anyone who “destroys, damages, vandalizes, or desecrates a monument, memorial, or statue within the United States or otherwise vandalizes government property.”

The order also extends to “religious property,” specifying statues of Jesus and any “other religious figure or religious art works.”

“Anarchists and left-wing extremists have sought to advance a fringe ideology that paints the United States of America as fundamentally unjust and have sought to impose that ideology on Americans through violence and mob intimidation,” the order reads.

Law enforcement agencies could also face financial retribution for not protecting the works.

The Trump administration can “withhold Federal support from State and local law enforcement agencies that have failed to protect public monuments, memorials, and statues from destruction or vandalism,” the order states.

Trump spent much of this week warning anti-police brutality activists and other protesters not to deface or topple monuments, saying they risk 10 years in prison under the Veterans’ Memorial Preservation Act.

On Friday, Trump tweeted the photos of 15 people who participated in a failed attempt Monday to topple a statue of President Andrew Jackson facing the White House.

Protests against the killing last month of George Floyd by Minnesota police increasingly have targeted statues in cities across the country.

A bust of President George Washington recently was toppled on a college campus near the White House. Activists last week toppled DC’s only statute of a Confederate leader, Albert Pike, near the city police headquarters a mile east of the White House.

Authorities foiled the planned toppling of a statue of President Abraham Lincoln on Capitol Hill. Protesters say the statue depicts a freed slave as subservient to Lincoln.

The incidents angered Trump, who tweeted that DC police were “not doing their job” when they allowed Pike’s statue to be torn down. He called the assault on Jackson’s statue, which was lassoed with ropes, a “sneak attack.” National Guard troops were activated this week to protect DC monuments.

Trump said Wednesday that the FBI is investigating “hundreds” of incidents of monument defacement across the country.

An increasingly diverse set of statues has been targeted by protests that began in late May over Floyd’s death.

This week, the Museum of Natural History in Manhattan decided to remove a statue of President Theodore Roosevelt. In Wisconsin, a crowd on Tuesday night toppled, decapitated and threw into a lake a statue of abolitionist Hans Christian Heg, who led an anti-slave catcher militia and died fighting for the Union in 1863.