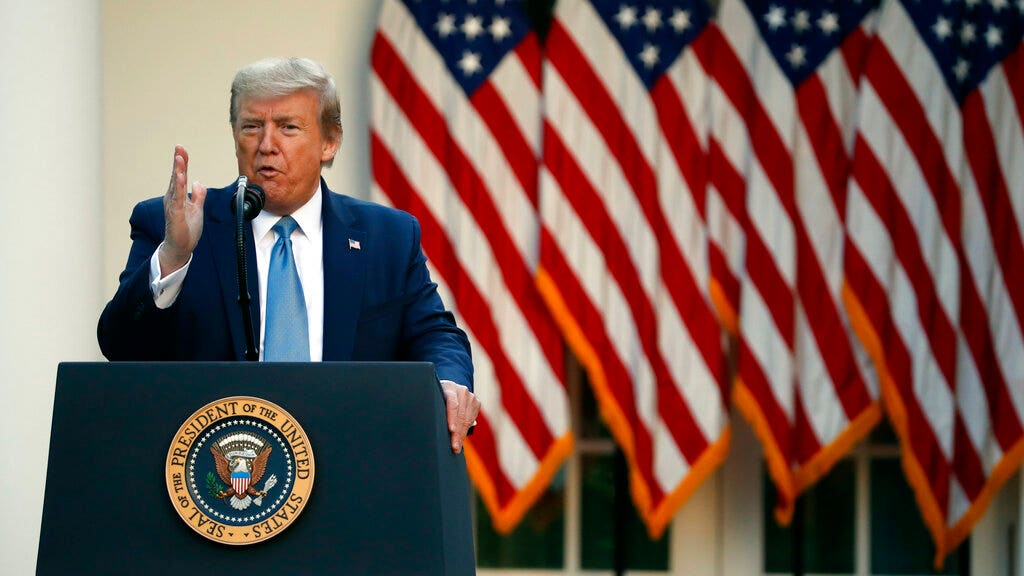 President Trump is signing an executive order on law enforcement reform in the wake of the death of George Floyd, an event that tipped off weeks of protests, as the nation grapples with racial disparities in policing and the criminal justice system that have spurred calls as drastic as the dismantling of entire police departments.

The president appeared Tuesday in the Rose Garden to sign the order, which is titled “Safe Policing for Safe Communities.”

Both public safety and public trust are crucial to the law enforcement mission.

The president took questions from reporters at a Monday roundtable and did not go into the details of the order, but said that it would have “some solutions.”

“The overall goal is we want law and order,” Trump said of the executive order. “It’s about justice also. It’s about safety.”

According to the White House, Trump’s order will touch on use of force best practices, information sharing to track officers who have repeated complaints against them and federal incentives for police departments to deploy non-police experts on issues like mental health, homelessness and addiction.

Trump also addressed efforts in Congress to pass legislation on criminal justice reform, which appear to have already hit obstacles with Sen. Tim Scott, R-S.C., saying on CBS Sunday that addressing qualified immunity — a judicial doctrine that often protects officers accused of misconduct from liability — is a “poison pill” for Republicans. Minutes later Sen. Cory Booker, D-N.J., who has led calls to roll back qualified immunity in Congress, said he had received different signals from other Republicans.

President @realDonaldTrump stands behind our dedicated law enforcement all the way.

Tomorrow, he will sign an Executive Order on policing to help law enforcement build trust and effectively serve the community as our first line of defense here at home.

The White House, in a separate tweet Monday, said the order would “help law enforcement build trust and effectively serve the community as our first line of defense here at home,” emphasizing that Trump “stands behind our dedicated law enforcement all the way.”

The order comes as Trump has been sparring with local officials and dealing with backlash over his handling of the unrest following Floyd’s death, trying to balance his desire to be a “LAW & ORDER!” president with his campaign’s efforts to court black voters. He often touts the criminal justice reform legislation he signed in 2018. Tuesday’s executive order could be added to that record.

His overall handling of the unrest has been controversial.

A batch of current and former military figures pushed back against Trump, to varying degrees, on his reported push to consider having active-duty military handle the protests and riots. They specifically condemned an incident in which federal law enforcement cleared protesters from Lafayette Square minutes before Trump walked over to a church in the area that had partially burned the previous night.

Meanwhile, Trump is now threatening to step in with federal forces to clear out protesters from a six-block area of downtown Seattle, named the “Capitol Hill Organized Protest,” or CHOP, which has been declared “cop-free” by its occupants.

“Radical Left Governor @JayInslee and the Mayor of Seattle are being taunted and played at a level that our great Country has never seen before,” Trump said last week. “Take back your city NOW. If you don’t do it, I will. This is not a game. These ugly Anarchists must be stopped IMMEDIATELY. MOVE FAST!”

Neither Inslee nor Seattle Mayor Jenny Durkan has expressed much desire to take back the occupied part of their city. Durkin, when asked by CNN’s Chris Cuomo how long the zone could look like it does, shrugged and said “I don’t know. We could have the summer of love.”

Trump mocked the comment online, saying “Must end this Seattle takeover now!” though he didn’t make clear how he believes that can be accomplished.