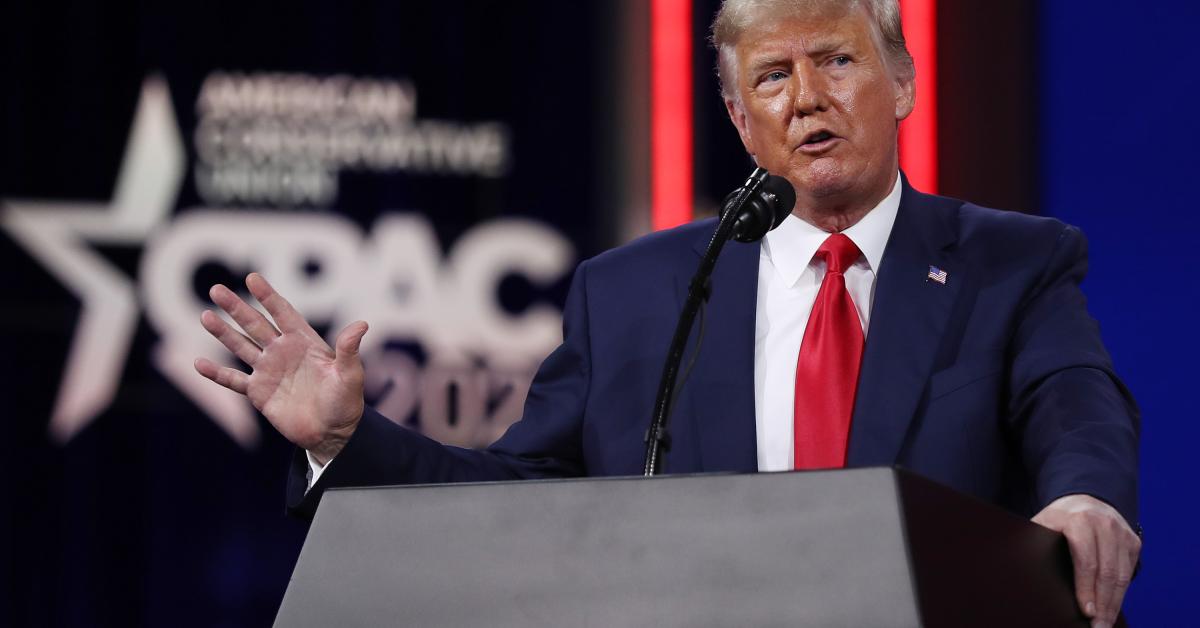 Trump says 'can't imagine' losing in 2024 should he run again

"I've done a good job for this party," Trump said in the interview.

Former President Trump says he “can’t imagine” somebody else winning the 2024 presidential election, should he seek reelection.

Trump made the comment Sunday in a back-stage interview with Newsmax TV at the annual Conservative Political Action Conference, this past weekend in Orlando, Fla.

Trump during the event – where he made his first major public speech since losing reelection – only hinted at running again. Still, he remains widely popular among Republicans and conservatives, according to polls.

He, in fact, received 55 percent of the vote in a CPAC straw poll that asked attendees who they wanted to be their next president.

“I’ve done a good job for this party,” Trump also says in the interview. “We had the greatest economy in history, and then we rebuilt it a second time.”

Trump also said he chose to give the speech, instead of allowing GOP leaders like Senate Minority Leader Mitch McConnell or Wyoming Rep. Rep Liz Cheney “because we have to save our nation” from what’s going on with the Biden administration.

Published in Biden, Political News, Trump, US Economy and US News