Led by the incomparable Ben Shapiro, The Daily Wire is… 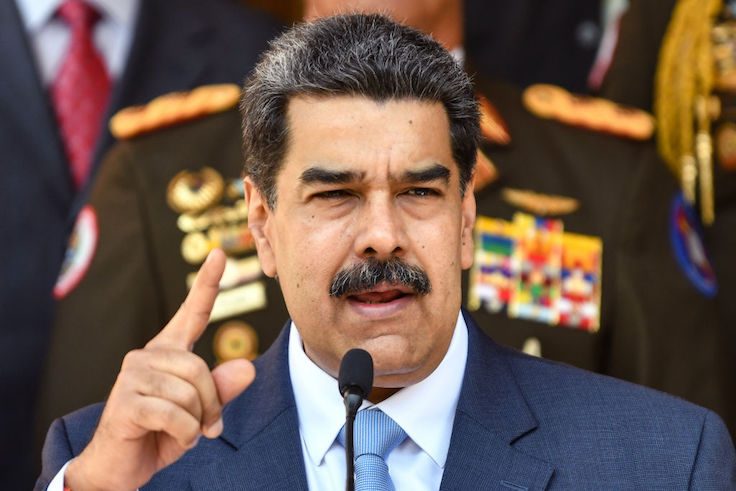 The Trump administration announced on Thursday it is indicting Venezuelan president Nicolás Maduro and 14 of his government officials for narco-terrorism and drug trafficking.

The surprise indictment unveiled by the Justice Department alleges that Maduro and his allies engaged in a “narco-terrorism conspiracy” to export cocaine and weapons into the United States.

The Trump administration has been seeking to depose the dictator for months, alleging he stole the country’s 2019 elections from democratic reformer Juan Guaidó. The charges leveled against Maduro and his allies carry more than 50 years of mandatory prison time.

“The Venezuelan regime, once led by Nicolás Maduro Moros, remains plagued by criminality and corruption,” Attorney General William Barr said in a statement. “For more than 20 years, Maduro and a number of high-ranking colleagues allegedly conspired with the FARC [Revolutionary Armed Forces of Colombia], causing tons of cocaine to enter and devastate American communities. Today’s announcement is focused on rooting out the extensive corruption within the Venezuelan government—a system constructed and controlled to enrich those at the highest levels of the government.”

“The United States will not allow these corrupt Venezuelan officials to use the U.S. banking system to move their illicit proceeds from South America nor further their criminal schemes,” Barr said.

The State Department is offering rewards of more than $15 million for information leading to Maduro’s arrest. Another $15 million is being offered for information that leads to the arrest of Maduro allies Cabello Rondon, Carvajal Barrios, and Alcala Cordones, all of whom are alleged to have participated in the narcotics trade.

“The scope and magnitude of the drug trafficking alleged was made possible only because Maduro and others corrupted the institutions of Venezuela and provided political and military protection for the rampant narco-terrorism crimes described in our charges,” U.S. Attorney Geoffrey S. Berman said in a statement. “While Maduro and other cartel members held lofty titles in Venezuela’s political and military leadership, the conduct described in the indictment wasn’t statecraft or service to the Venezuelan people.”