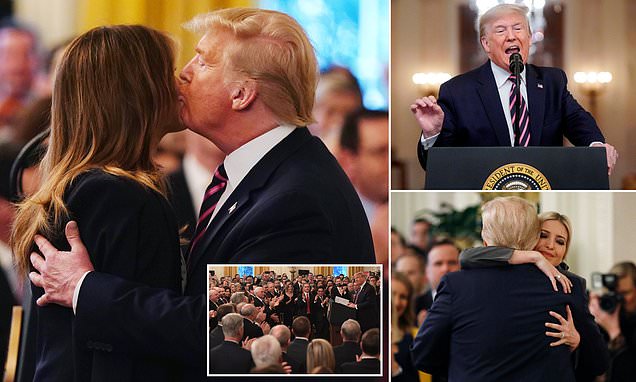 Trump goes after the 'leakers and liars' after being acquitted

President Trump celebrated his Senate acquittal on Thursday with a freewheeling speech at the White House where he blasted the ‘vicious and mean’ Democrats, attacked ‘evil and dirty’ cops, thanked his ‘very good friends’ for their support and apologized to his family for what he put them through.

‘This is a day of celebration because we went through hell,’ he told a packed room of about 200 supporters in the East Room of the White House.

The president spoke – without the use of a teleprompter – for a little more than hour that veered back and forth between thanking his allies and blasting his enemies.

He began his remarks with his favorite hit term on the investigations into him and his presidency: ‘witch hunt.’

‘We’ve been going through this now for over three years. It was evil, it was corrupt, it was dirty cops. It was a leakers and lawyers. This should never happen to another president, ever. I don’t know that other presidents would have been able to take it,’ he said.

And he ended with an apology to his family, including young son Barron.

‘I want to apologize to my family for having them have to go through a phony, rotten deal by some very evil and sick people,’ he said. ‘And Ivanka is here, my sons, my whole family. And that includes Barron. He’s up there, he’s a young boy.’

Ivanka left her seat in the audience to come up to the podium and hug her father after his apology. First lady Melania Trump did the same.

‘I just want to thank my family for sticking through it. This was not part of the deal,’ the president said.

Trump also name-dropped those he blamed for impeaching him, re-upping his litany of attacks against the same people he has blamed since the first investigation of his presidency started.

Former FBI Director James Comey was the first opponent who came up.

‘Had I not fired James Comey – who was a disaster, by the way – it’s possible I may not have even been standing here right now,’ Trump said. ‘When I fired that sleazebag, all hell broke out,’ he later added.

He blamed the top FBI officials for his problems. ‘It was the top scum, and the FBI people don’t like the top scum,’ he said. 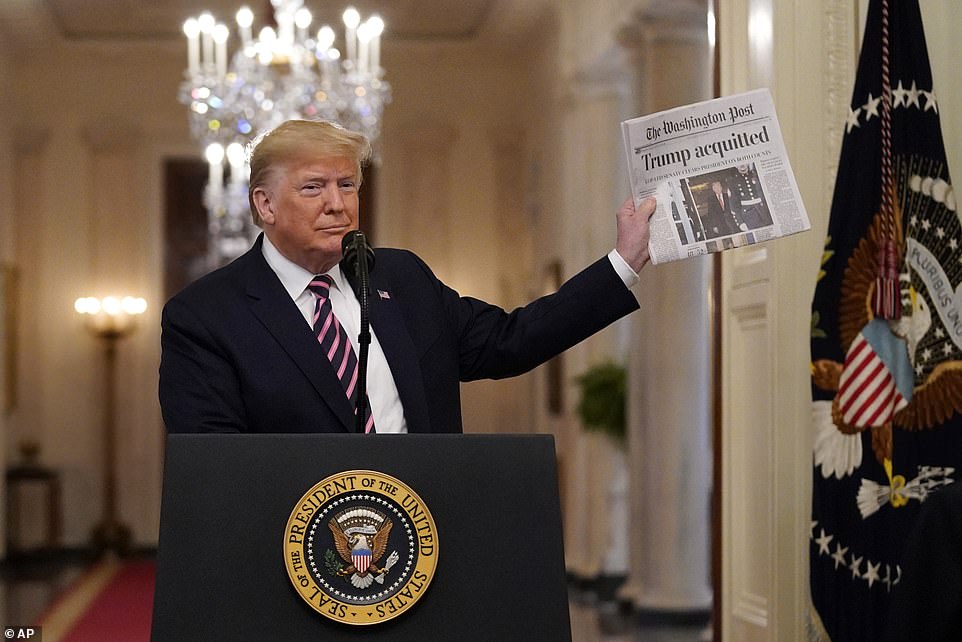 Published in Corruption in the FBI, FBI, Impeachment, Political News, Trump and US News