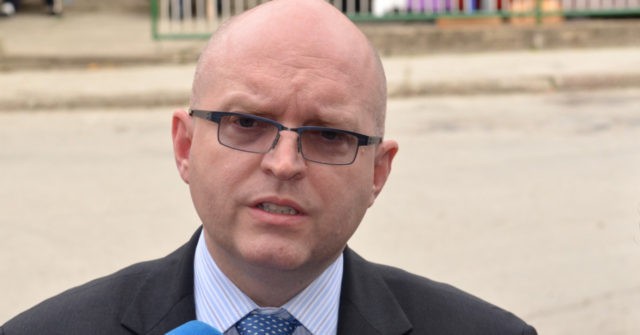 Reeker repeatedly dismissed efforts by Schiff to get the official…

Reeker failed to confirm House Intelligence Committee Chairman Schiff’s characterization of a quid pro quo by President Donald Trump in his dealings with Ukraine, according to transcripts of Reeker’s October 26 closed-door deposition released by Democrats on Tuesday.

A “whistleblower” complaint at the heart of the impeachment probe accuses Trump of a quid pro quo during a July 25 phone call in which the American leader conditioned U.S. aid and a meeting at the White House for President Volodymyr Zelensky on Ukraine investigating Joe Biden and his son, Hunter.

The Bidens have denied any wrongdoing.

Trump and Zelensky have also dismissed the “whistleblower’s” claim. Reeker described the quid pro quo allegation as a “hypothetical,” noting that what he had learned so far did not amoun to any wrongdoing by  Trump. His comments seemingly angered Schiff.

Reeker repeatedly said he did not know that Trump leveraged U.S. aid and a meeting to pressure Zelensky to investigate corruption allegations linked to the Bidens.

The top State official also refused to confirm allegations that the Trump administration, both through a regular and an irregular channel, conditioned a White House meeting with Zelensky on investigations of his political rival, Biden.

The transcripts describe the following communication between Schiff and Reeker:

Schiff: Let me ask you this way, ambassador [Reeker]: Would you agree that pressuring an ally to conduct political investigations that would be useful to a president’s reelection campaign by withholding a White House meeting or withholding military aid would be wrong?

Reeker: May I have I second? I was going to answer. I recall this from my day, it really [is] a hypothetical question. … You are asking me to comment on something that I don’t know to be the fact.

Schiff asked similar general questions of impeachment witnesses, and when they responded that it would be wrong for any U.S. president to abuse his power to get a country to investigate a political rival, nearly all said yes.

Then, someone, presumably a Democrat, would leak that sound bite to their media allies, making it seem that the witness said it is wrong for Trump, not any U.S. president, to offer a quid pro quo.