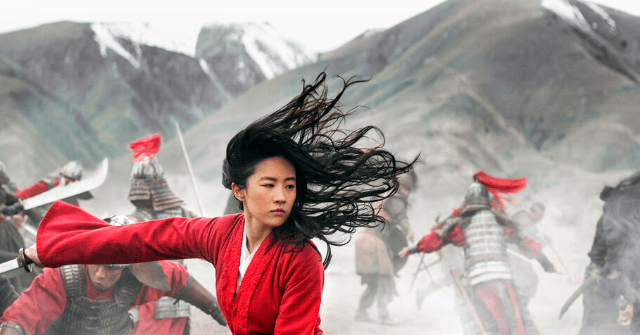 In the most aggressive Congressional proposal yet to combat Hollywood's growing subservience to China, Sen.…

In the most aggressive Congressional proposal yet to combat Hollywood’s growing subservience to China, Sen. Tom Cotton (R-AK) is calling for the federal government to ban Chinese investment in the U.S. entertainment industry and require studios to dissolve their Chinese joint ventures.

The unprecedented proposal would enable American studios to produce content free from Chinese Communist Party (CCP) influence and censorship, the senator said in his “Beat China” plan, which he released on Thursday. The plan outlines the senator’s larger effort to disentangle American business from Beijing, focusing on telecommunications, semiconductors, the medical field, and other industries.

“We need to beat this evil empire and consign the Chinese Communists — just like the Bolsheviks — to the ash heap of history,” he said Thursday in a speech at the Reagan Institute where he unveiled the plan.

Hollywood studios have become increasingly addicted to Chinese investment and moviegoers as they search for ever bigger profits. As a result, they have welcomed Chinese companies into nearly every level of the industry, from the financing of blockbuster movies to the exhibition business, where China’s Dalian Wanda owns the U.S.’s largest cinema chain, AMC Theatres.

But Chinese money comes with strings attached. Studios are now self-censoring their content to avoid offending Beijing and writing scripts to portray China in a positive light. They are also turning a blind eye to human rights atrocities that Beijing is committing in its Western regions.

As Breitbart News reported, the Walt Disney Co. has remained silent on new revelations of human rights abuses of minorities in the Xinjiang region, where the studio shot portions of its live-action movie Mulan.

“The United States must realize that culture and information are battlefields in the competition with China,” Cotton wrote. “To that end, America must ensure that Hollywood can produce its content free of malign foreign influence and that the CCP has no control over what Americans can watch.”

Sen. Cotton has emerged as one of Congress’ most vocal critics of China. Last year, the senator said on SiriusXM’s Breitbart News Daily that Americans should boycott China — particularly Chinese products — for “unleashing” the coronavirus pandemic on the world.

Under the Donald Trump administration, Hollywood come under fire for its cozy relationship with CCP dictators.

Secretary of State Mike Pompeo and Attorney General Bill Barr both called out the entertainment industry for looking the other way when it comes to China’s human rights abuses. Sen. Ted Cruz (R-TX) has proposed cutting off all federal assistance to studios who self-censor their content to appease Beijing.

Sen. Cotton concluded by urging Hollywood’s corporate leaders to wake up to the threat China poses.

“Entertainment executives must understand that the CCP, while a profitable partner in the short term, is ultimately hostile to their freedom and creativity,” he wrote in Thursday’s report. “They must be willing to face down this threat, as brave artists have done with past totalitarian regimes, by placing their ideals ahead of their short-term financial interests.”