To Police Dismay, Portland Mayor Bans Police Use of Tear Gas After +100 Days of Rioting 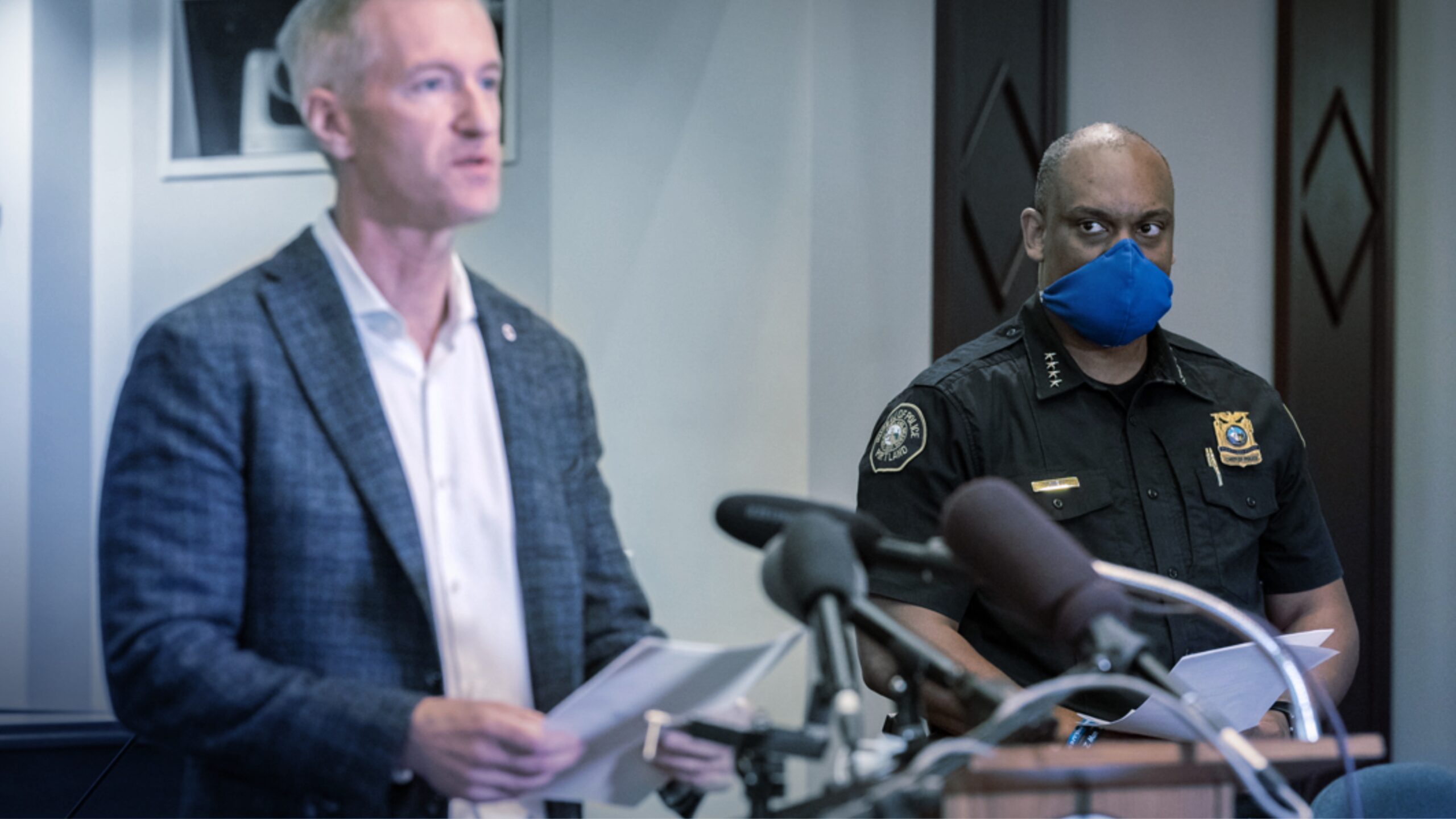 Police: Banning lawful use of CS will make it very…

Harbingers Daily
By Source
To the dismay of the Police Bureau, Portland Mayor Ted Wheeler has banned the use of tear gas on rioters in the Oregon city.

Wheeler, a Democrat who is also Portland’s police commissioner, banned the use of tear gas munitions on rioters Thursday, despite ongoing riots that have surpassed the 100-day mark, a press release from his office says. Wheeler wrote that the Multnomah County Sheriff’s Office and the Oregon State Police have used tear gas to quell riots over nearly four months.

“We need something different. We need it now,” the mayor wrote, adding:

Wheeler said his administration and Oregon’s Legislature are seeking “safer alternatives” to the nonlethal gas.

“I commend the work that the Oregon State Legislature and Joint Committee on Transparent Policing and Use of Force Reform have done to date to convene experts to evaluate the use of gas and what safer alternatives may exist that prevent the need for greater force,” he said. “I commit the City of Portland to full participation in these reforms and encourage the Legislature to take up this issue as soon as possible.”

The Portland Police Bureau condemned Wheeler’s decision to ban use of tear gas, and it challenged what it called a misconception that the gas is used for crowd control, according to a press release:

CS gas is a tool which has been used sparingly in the last 104 nights. We want to clear up a misconception that it is being used as crowd control. It is not. It is being used to disperse crowds only when there is a life safety event. Most recently, it was used to disperse a crowd from which a Molotov cocktail was thrown at officers and ended up injuring a community member who was on fire.

Banning the lawful use of CS will make it very difficult to address this kind of violence without resorting to much higher levels of physical force, with a correspondingly elevated risk of serious injury to members of the public and officers.

The mayor condemned criminal behavior from rioters and said he expects police to arrest those who engage in violence.

“Arson, vandalism, and violence are not going to drive change in this community,” Wheeler said. “I expect the police to arrest people who engage in criminal acts. I expect the District Attorney to prosecute those who commit criminal acts. And I expect the rest of the criminal justice system to hold those individuals accountable. We must stand together as a community against violence and for progress.”

Riots have continued in Portland since the May 25 death of George Floyd, who died in Minneapolis after a police officer knelt on his neck for about eight minutes. Police charged nine rioters Wednesday for crimes ranging from launching mortars at federal buildings to injuring a law enforcement officer, KXL 101 reported.

HD Editors Note: What Does This Have To Do With Bible Prophecy?

Jan Markell in her article, “When Utter Lawlessness Visited My Home Town” explained that this “Lawlessness” which the Democrat Party refuses to condemn, is setting the stage for the coming “Lawless one” better known as the Antichrist:

Our liberal politicians cry crocodile tears while their loyalties are with the demonstrators. They seem detached from reality by obsessing over proper social distancing of all involved and the looting thugs realize they can get away with literal murder in such a climate of lunacy.

To Minnesota politicians, demonstrating is “essential” but being with sick and dying loved ones is not, visiting our elderly is off the list, funerals and weddings are put on hold, and church is but an inconvenience. What bizarre reality is this?

In the meantime, mile after mile of landscape has been changed in the Twin Cities that will take years—and perhaps a decade or more—to reconstruct. The rent-a-mob business is alive and well, very organized, and brutal. And lawless—but nothing like the lawlessness that is to come.

The smoke and tear gas are gone now and I have had time to reflect. Though I am many miles from ground zero, I have seen enough film of the rioting that I had the opportunity to look at the faces of the lawless. I could sense their heartlessness and brutality. “And because lawlessness will be increased, the love of many will grow cold.” (Matthew 24:12)

One of the names of the Antichrist is the “lawless one.” The term was coined by Paul in II Thessalonians 2 where he warns the Church of the soon arrival of this man who would come on the scene and deceive the masses in the latter days during the Tribulation.

Two verses read, “Let no one deceive you in any way, for that day will not come unless the rebellion comes first and the man of lawlessness is revealed, the son of destruction, who opposes and exalts himself against every so-called god or object of worship, so that he takes his seat in the temple of God, proclaiming himself to be God.” (II Thessalonians 2:3-4)

Again, this occurs during the Tribulation from which the Church is absent. Yet what we have seen playing out on the streets of America… is a dress rehearsal, though subdued compared to the lawlessness and turmoil in the Tribulation. It is still setting the stage.

The Antichrist won’t have to rent-a-mob. When he reigns, much of the world will be lawless, godless, tumultuous, and confused. Antifa will be the normal! The burned and looted sections of my home town will be the gold standard around the world.