“This Was An Attempted Overthrow”: Trump Slams FBI After FISA Report Release 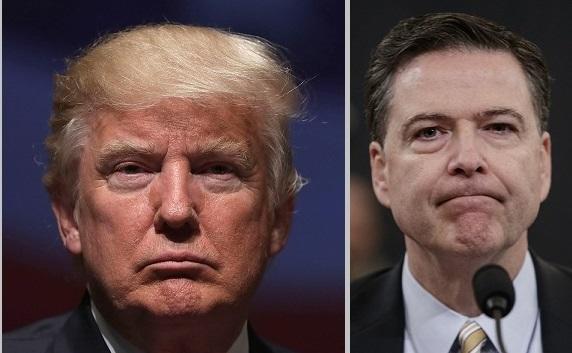 "This Was An Attempted Overthrow": Trump Slams FBI After FISA Report Release

"It’s incredible, far worse than what I ever thought possible."

“It’s a disgrace what’s happened with the things that were done to our country,” Trump said in comments to Republican Senators and state officials who were meeting at the White House.

“It’s incredible, far worse than what I ever thought possible.”

“WATCH VIDEO…”
Trump added that “It’s a very sad day that I see that,” while claiming the probe was “concocted” and that the intelligence abuses were “probably something that’s never happened in the history of our country.”

“They fabricated evidence and they lied to the courts,” Trump continued. “This was an attempted overthrow and a lot of people were in on it, and they got caught.”

Speaking at the behest of Trump, former Florida Attorney General Pam Bondi said, citing her experience in law enforcement, that “the American people should be terrified that this could happen to you.”

Most of the FBI agents and officials who were part of the major errors have left the agency or been removed from their positions, FBI Director Christopher Wray told Horowitz in a letter also released on Monday. The same is true with the Department of Justice. –Epoch Times

Justice Department Inspector General Michael Horowitz has released his report into the FBI’s investigation of the Trump campaign during the 2016 US election. The report concludes that despite nearly everybody investigating President Trump hating him – and that evidence was fabricated by at least one FBI attorney, and that they misrepresented Christopher Steele’s credentials, none of their bias ‘tainted’ the investigation, and the underlying process was sound.

That said, Horowitz faults the FBI for “significant inaccuracies and omissions” in their applications to secretly monitor Trump campaign adviser Carter Page, and agents “failed to meet the basic obligation” to ensure the applications were “scrupulously accurate.”

Attorney General William Barr, meanwhile, says that the report “now makes clear that the FBI launched an intrusive investigation of a U.S. presidential campaign on the thinnest of suspicions that, in my view, were insufficient to justify the steps taken.

AG BARR: "The evidence produced by the investigation was consistently exculpatory. Nevertheless, the investigation and surveillance was pushed forward for the duration of the campaign and deep into President Trump’s admin.”

FBI used confidential human sources on Carter Page and George Papadopoulos *before* and after they joined the Trump campaign! pic.twitter.com/WPru3jBSYV

Also in disagreement is US Attorney John Durham, who is running a concurrent investigation into the 2016 election for AG Barr.

“I have the utmost respect for the mission of the Office of Inspector General and the comprehensive work that went into the report prepared by Mr. Horowitz and his staff. However, our investigation is not limited to developing information from within component parts of the Justice Department.  Our investigation has included developing information from other persons and entities, both in the U.S. and outside of the U.S.  Based on the evidence collected to date, and while our investigation is ongoing last month we advised the Inspector General that we do not agree with some of the report’s conclusions as to predication and how the FBI case was opened.” -US Attorney John Durham