The Vatican and the New Manhattan Project 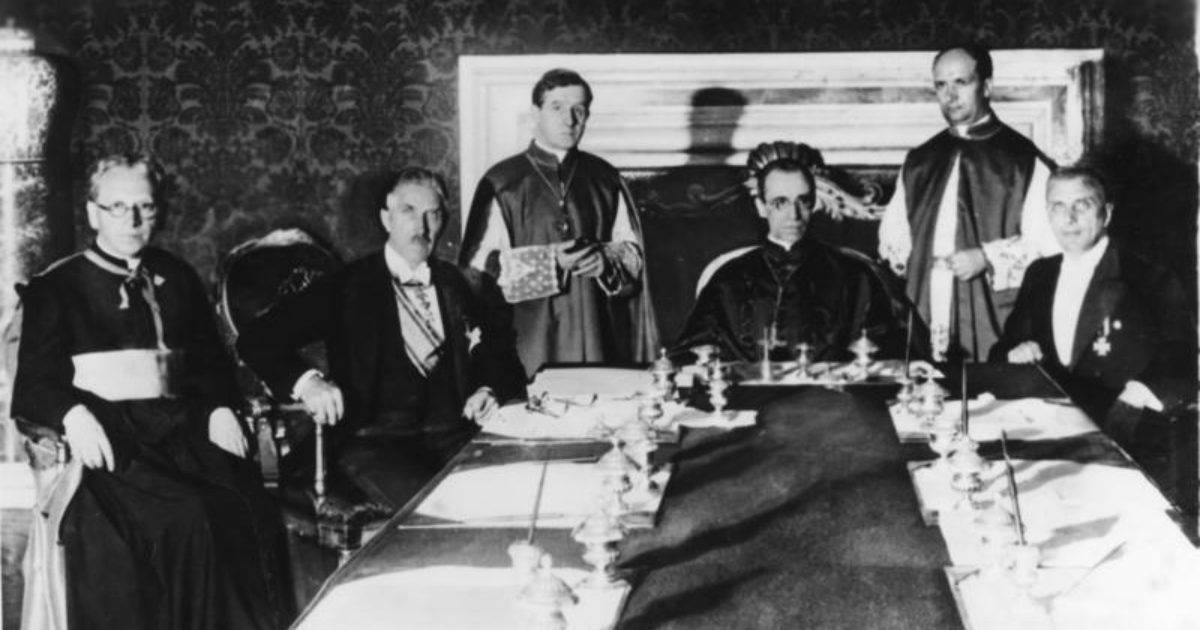 The Vatican and the New Manhattan Project - DC Clothesline

Today we see Pope Francis urgently and repeatedly warning us of the extreme dangers of climate change resulting from man’s emissions of atmospheric carbon dioxide. This, while the author’s greatly revised and expanded second edition of his book Chemtrails Exposed: A New Manhattan Project reveals that the theory of man-made climate change is a cover story and catalyst not only for a socio-economic agenda espoused by such politicians as Alexandria Ocasio-Cortez. It is also a cover story and catalyst for a global weather modification effort the author refers to as the New Manhattan Project.

The Vatican and geoengineering

In mid-2011, under Pope Benedict XVI, the Vatican first publicly got involved in the climate issue by endorsing a study commissioned by the Vatican’s Pontifical Academy of Sciences. The study is called “Fate of Mountain Glaciers in the Anthropocene” and it advocates for a strong policy response to the threat of man-made climate change. In the report, geoengineering is discussed. In the panel discussions leading up to the report, Solar Radiation Management geoengineering (chemtrails) was discussed.

In late 2017 a geoengineering seminar was held for Pope Francis’ new Dicastery for Promoting Integral Human Development. The seminar was organized by the Carnegie Climate Geoengineering Governance Initiative and included presentations by representatives from the Institute for Advanced Sustainability Studies, Climate Interactive, and the Red Cross Red Crescent Climate Centre. Carnegie-funded organizations have an extensive history of promoting Solar Radiation Management (SRM) geoengineering.

The Vatican and the Nazis

Evidence presented in the author’s book reveals extensive connections between the WWII Nazi regime and the New Manhattan Project. Not surprisingly, the record also shows that the Vatican was aligned with the Nazis and provided support to them before, during, and after their reign.

At the turn of the century, the Church’s laws began to be redrafted in such a way as to allow for power to be centralized in the Vatican. These laws were published and brought into force in 1917.

Upon the death of Pope Benedict XV, in early 1922, the Church was not in a good financial condition. In order to meet expenses, the Vatican was forced to secure loans, mostly from German banks. This may have been the later Nazi regime’s initial foothold.

In early 1929, the Vatican seized a new, elevated position in world power. In that year, the Lateran Treaty between Italy and the Church further centralized power in the Vatican. Not only that, the Lateran Treaty established Vatican City as a sovereign nation as it granted vast amounts of other ‘extraterritorial holdings’ of land elsewhere in Rome and Italy. As a result of this treaty, Catholicism was declared the official religion of Italy and was to be taught in all public and private schools. The treaty stipulated further that Italy give the Vatican and the Pope $90M in cash and bonds as well as another, undisclosed sum. The Italian government also agreed to pay the salaries of all the Parrish priests in the country. In return for all this, the Church relinquished claims to lands previously seized by the Italian government and agreed to establish diplomatic relations with same. The Lateran Treaty codified the power of the Vatican and re-invigorated the Roman Catholic Church; allowing it to become the vast entity of centralized power that it is today.

All this about centralization of authority within the Vatican and a concurrent infusion of power and wealth is relevant to our discussion because these are events that allowed for the later rise of Nazi Germany and the systematic extermination of millions of people. You see, in the 1870s, the German government had passed a series of laws which persecuted Catholics. But, because their grass roots was empowered, the German Catholic clergy of the 1870s and their laity successfully resisted this persecution. It was a messy process. Lots of property and lives were ruined in the struggle, but ultimately, the people prevailed.

Hitler and his fellow National Socialists, as well as many leaders in the Vatican, knew before the Nazis’ rise to power that German Catholics would strongly resist the rise of a violently anti-Semitic regime such as theirs. German Catholic resistance had the potential to derail the Nazi effort. In order for Hitler to rise to power and execute the Holocaust, those involved knew that the German Catholics needed to be pacified and put on the sidelines. Hitler had written about it in Mein Kampf. Once an adequate level of power was centralized in the Vatican, enabling the Church to successfully enforce a German Catholic stand-down, the Nazis would then be able to move forward with their plans. That’s not to say that German Catholics completely stood down during WWII. They didn’t. But these necessary levels of centralized power were ultimately achieved and new technologies in the areas of travel and communications also arrived to help the Nazis effectively squelch domestic Catholic dissent.

Working from the beginning to achieve all of this was the former Eugenio Pacelli (1876-1958), Pope Pius XII – also known as Hitler’s Pope. Pacelli, as a young lawyer, worked on the aforementioned turn-of-the-century redrafting of Church law which centralized power in the Vatican. He also worked as papal nuncio in Munich and Berlin during the 1920s, enforcing the laws he had helped redraft. As he enforced these redrafted laws, Pacelli was also pursuing a Reich Concordat: a treaty between Germany and Rome that would finally create the situation needed for Hitler’s swift rise to power.

Published in Socialism and World News