THE US-IRAN SILENT WAR IS TRANSFORMED INTO AN “IRAQ UPRISING” 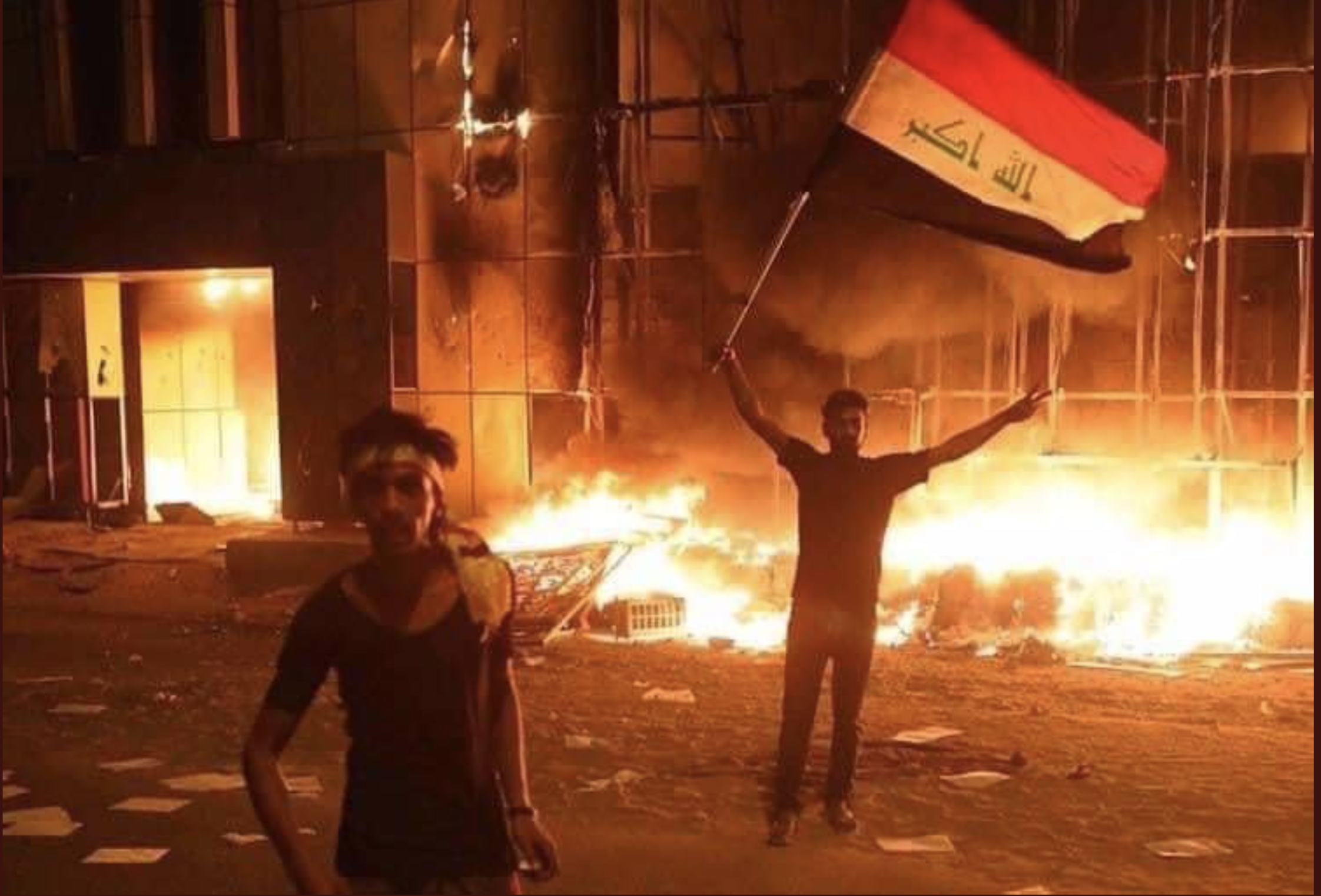 The US-Iran silent war is transformed into an “Iraq uprising”

The last four days have shown that the ongoing US-Iran war is acutely affecting the whole region. This is now evident in Iraq where more than 105 people have been killed and thousands wounded in the course of demonstrations that engulfed the capital Baghdad and southern Shia cities including Amara, Nasririyeh, Basrah, Najaf and Karbalaa. Similar demonstrations could erupt in Beirut and other Lebanese cities due to the similarity of economic conditions in the two countries. The critical economic situation in the Middle East offers fertile ground for uprisings that lead to general chaos.

Iraq has special status due to its position, since the 2003 US occupation of the country, as both an Iranian and as a US ally. Prime Minister Adel Abdel Mahdi up to now has armed himself with article 8 of the constitution, seeking to keep Iraq as a balancing point between all allies and neighbouring countries, and to prevent Mesopotamia from becoming a battlefield for conflicts between the US and Iran or Saudi Arabia and Iran.

Notwithstanding the efforts of Baghdadi officials, the deterioration of the domestic economic situation in Iraq has pushed the country into a situation comparable to that of those Middle Eastern countries who were hit by the so-called “Arab Spring”.

Fuelled by real grievances including lack of job opportunities and severe corruption, domestic uprisings were manipulated by hostile foreign manipulation for purposes of regime change; these efforts have been ongoing in Syria since 2011. Baghdad believes that foreign and regional countries took advantage of the justified demands of the population to implement their own agenda, with disastrous consequences for the countries in question.

Sources within the office of the Iraqi Prime Minister said “the recent demonstrations were already planned a couple of months ago. Baghdad was working to try and ease the situation in the country, particularly since the demands of the population are legitimate. The Prime Minister has inherited the corrupt system that has developed since 2003; hundreds of billions of dollars have been diverted into the pockets of corrupt politicians. Moreover, the war on terror used not only all the country’s resources but forced Iraq to borrow billions of dollars for the reconstruction of the security forces and other basic needs.”