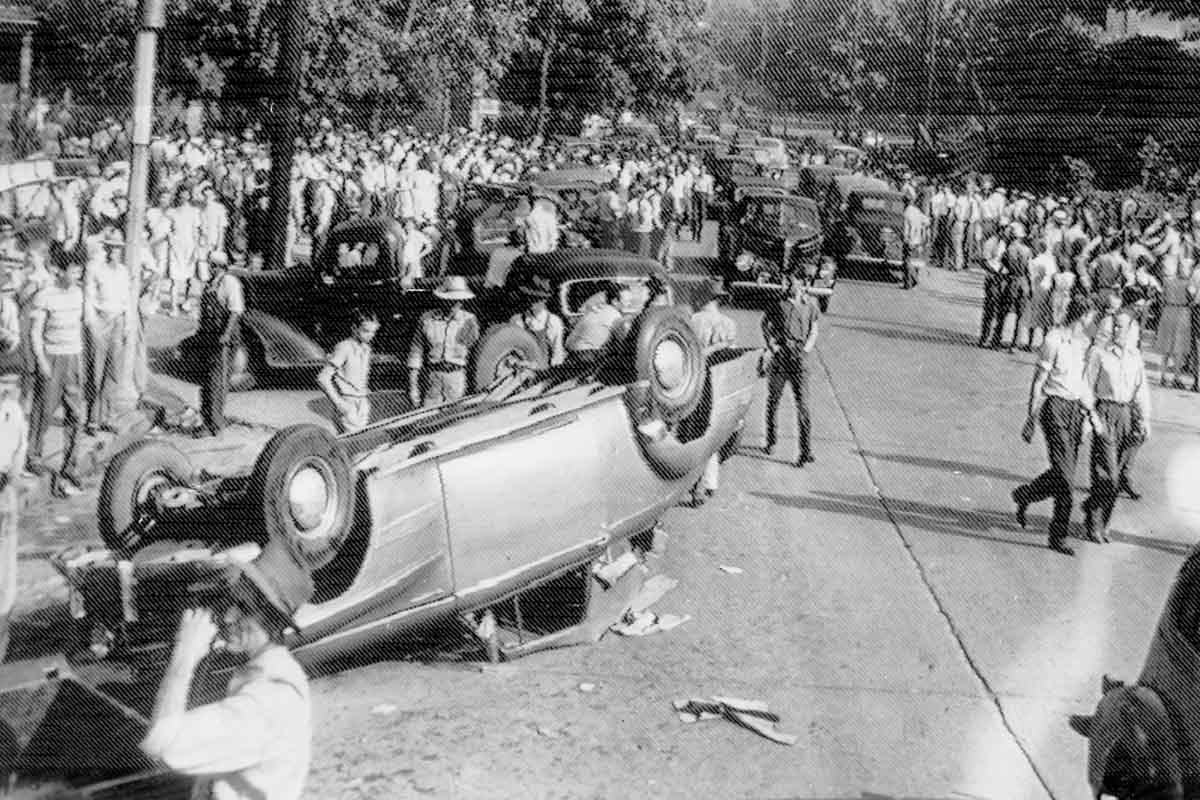 The government of McMinn County was run by an entrenched political machine that had controlled much of Tennessee politics since the early 1930s. In McMinn County, that machine was run by Paul Cantrell, the elected sheriff. For 10 years, he ran that county like he was a feudal lord.

One of the most dastardly laws in the county at that time gave the sheriff’s office a fee for every person it arrested, incarcerated and released, whether they were guilty or not. Local bar owners would point out prominent patrons for the cops to avoid, but everyone else was likely to get hassled. No one was safe.

Life there centered around Athens, the county seat. Much of the area was rural farmland, meaning most of the population was made up of farmers. But a full 10% of the county’s population would go off and fight in the war. As time wore on and the political machine got more and more oppressive, the locals began to look forward to their boys coming home.

According to American Heritage Magazine’s Lones Seiber, they would tell themselves, “Wait until the GIs get back — things will be different.”

The servicemen who returned to that corner of Tennessee would later describe themselves as “hard-core veterans” of World War II. When they left McMinn County, Cantrell was in charge. Sheriff Pat Mansfield — also part of the corrupt political machine — was in office when they returned. 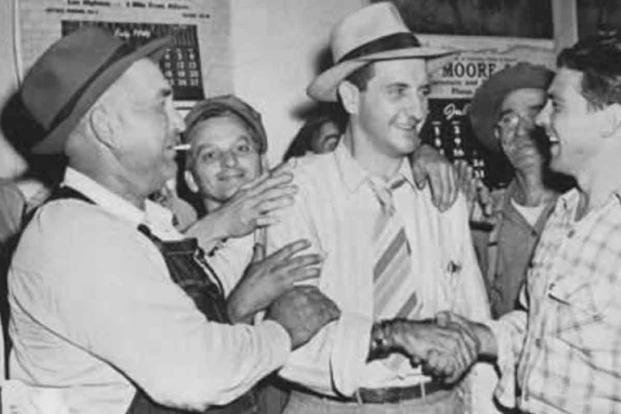 Soon there would be a new sheriff in town, the GI candidate Knox Henry. (Tennessee State Archives)

Returning vets were known to be flush with cash and were routinely targeted by the sheriff and his deputies. GIs were often arrested and beaten as an excuse to milk them of their hard-won money. The veterans soon tired of the hassle.

By Election Day 1946, things began to reach a boiling point. The veterans first tried the democratic way of changing the government. They formed a nonpartisan political party and ran against the political machine, which was now running Cantrell for his old office.

The election was the largest in local history. WWII veterans from around Tennessee came out to help their brothers-in-arms watch the polls for any signs of fraud. The sheriff’s office also hired outsiders, but they were to watch the GIs.

As Election Day dragged on, the vets learned that armed deputies were outside polling places. Then, news of irregularities and violence poured in.

A legal representative for the GI Party was arrested for protesting voting irregularities. Soon after, an elderly black farmer was beaten and shot by a deputy for trying to vote in one of the precincts. The GIs descended on the location, forcing the offending deputy to almost fight his way to his cruiser with a loaded pistol and the ballot box. Deputies arrived at the GI Party Headquarters to make arrests for the incident but were beaten and taken captive.

At another precinct, GIs got into a fistfight with deputies when the police openly allowed ineligible voters and paid people to vote. Those GIs were arrested and taken to the jail.

The fight soon became for control of the ballot boxes, and the sheriff’s forces were set to declare victory as the sun set.

Instead of letting the corrupt government win, the “hard-core” veterans seized the local National Guard armory, taking a two-ton truck, arms and ammunition with them to the local jail. An hours-long gunfight took place but failed to oust the sheriff and his men.

But Mansfield and Cantrell weren’t among them. They had sped out of town in an ambulance during the firefight.

The liberated townspeople were ready to kill the deputies for their decades of corruption and harsh treatment — but the GIs kept them largely at bay. In the days that followed, the World War II veterans of McMinn County dutifully patrolled the streets, an occupying army that kept order.

They also mounted machine gun positions on all the entrances to town, just in case Mansfield and Cantrell ever tried to come back at the head of a state or federal army or other official force. Neither of those events happened. The only time an outside official came to Athens was to certify the election. It appeared the political machine of Tennessee would accept the will of the people.

Mansfield would eventually resign and concede the election to the GI candidate, Knox Henry. All fees in excess of $5,000 were returned to the townspeople, and the corruption that ran rampant in Tennessee was soon turned out at every level of government.

A year later, the incident — remembered as “The Battle of Athens” — was just a memory.

Published in Coup d'état, Military, Political News and US News