THE NUMBERS DON’T ADD UP 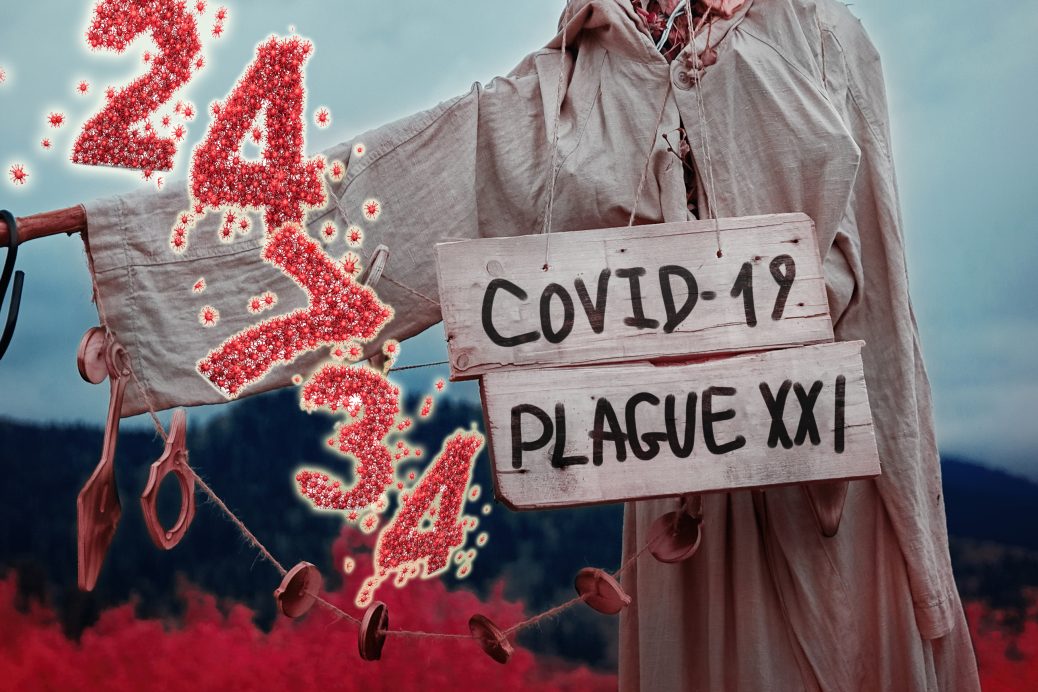 As we noted on the cover of our 28 January Trends Journal: “CORONAVIRUS: 106 Dead in China – 1.4 Billion Still Alive. New Black Plague?”… since the virus’s outbreak, the mainstream media has been responsible for spreading non-stop fear and anxiety worse than the disease itself.

And never ones to let a “good crisis go to waste,” political leaders around the world, amplified by media hysteria, seized upon the virus to grant themselves supreme powers of control over citizens, dismissing Constitutions, Bills of Rights, and basic freedoms throughout the world.

Another Day, Another Made-Up Story

Twelve days later, Fauci lowered his prediction saying, “I believe we are going to see a downturn. It looks more like 60,000.”

On Sunday, he expressed “cautious optimism” that the metrics he uses to track the virus indicate it is “starting to level off,” and the U.S. economy, which virtually has been locked down, could start reopening sometime in May.

Prior to Dr. Fauci’s forecast, the Centers for Disease Control and Prevention (CDC) estimated that up to 1.7 million Americans could die of the virus.

While it is reported that 20,000 have died from the virus as of Sunday, the numbers of actual victims from COVID-19 is now being called into question. Some doctors and physician assistants have claimed they are under pressure to categorize COVID-19 as the cause of death, even when it’s likely not to be the case.

In the United States, Dr. Scott Jenson, a Minnesota state senator who is also a medical doctor, accused the CDC of directing doctors to list COVID-19 as a cause of death even for someone who was never tested for it, which he said is “ridiculous” and misleading.

“I know that I’ve talked with nursing staff… and led to believe that there may have been a COVID-19 diagnosis included on the death certificate document without having had a COVID-19 confirmed laboratory test,” said Dr. Jenson.

Confirming what we had noted since the outbreak, Dr. Jenson concluded, “And right now as we see politicians doing things that aren’t necessarily motivated on fact and science, their trust in politicians is already wearing thin.”

Clearly, as evidenced by the general public’s reaction to the virus, which to date has killed less than the flu has in America, Dr. Jenson noted that voicing concern about the false death numbers attributed had him worried that “sometimes we’re so darn interested in jazzing up the fear factor that sometimes people’s ability to think for themselves is paralyzed if they’re frightened enough.”

As the hard data comes in from China, Italy, and other countries that have “flattened the curve,” it is now known most people who contract the virus have either no symptoms or those so mild they don’t report to a doctor.

The death rates, however, amplified by mainstream media and seized on by politicians, are based only on those who actually have tested positive or got so sick they required hospitalization.

Since so few have been tested, the total number of people who have contracted the virus is far higher. Therefore, the percentage of those dying who had the virus is much smaller than being reported.

Dr. Jeffrey Shaman and colleagues at Columbia University showed that in China, where the curve has been “flattened,” some 85 percent of Chinese residents who had the coronavirus went undetected. (Again, this dramatically lowers the percentage of people dying from COVID-19.)

Published in Coronavirus, Fake News, US News and World News