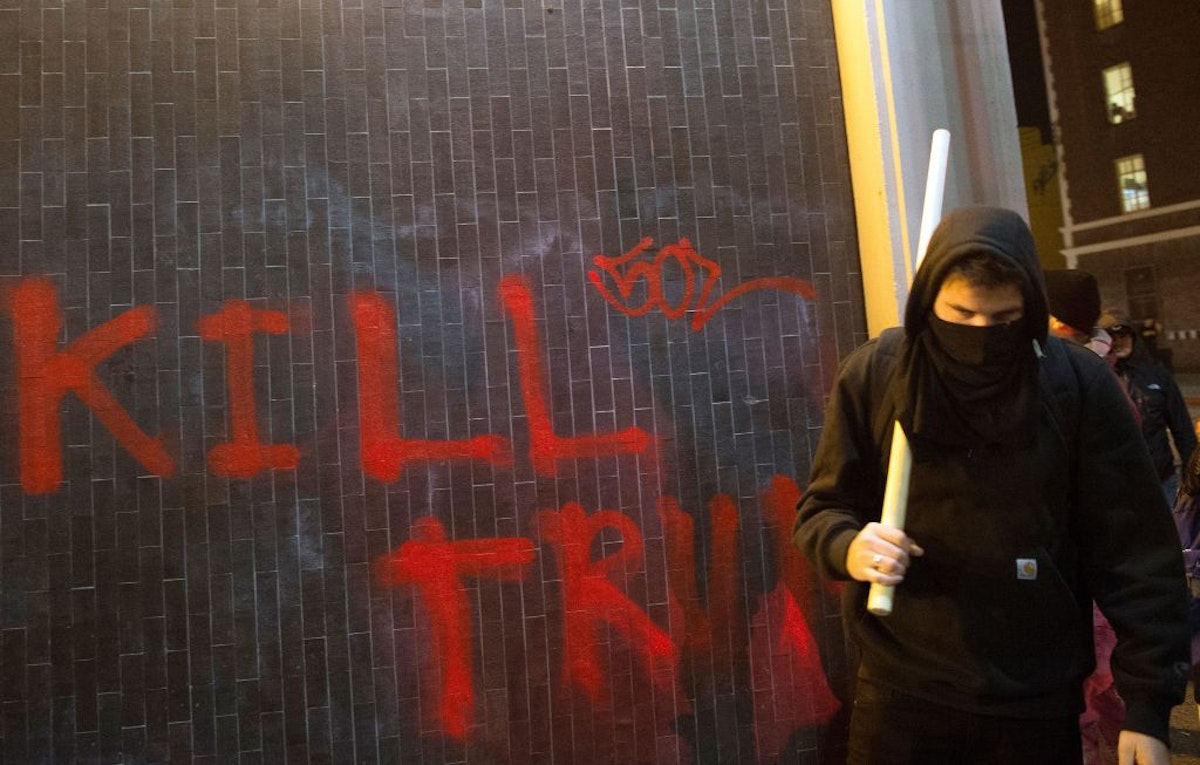 In the age of cancel culture and the constant progressive policing of language, it should…

In the age of cancel culture and the constant progressive policing of language, it should come as no surprise that the First Amendment is now in the crosshairs of the Left. Scholars and journalists now openly debate the merits of free speech, presenting it more as an obstacle to “social justice” and “progress” rather than a hallmark of an open, civil society and the bedrock of freedom in our nation.

Worse, as the cult of victimhood and social unrest rooted in notions such as critical theory grow seemingly without end, language is being limited and excised to cater to progressive agendas ad nauseam. Increasingly, we are unable to speak our minds without tremendous fear of reprisal in the workplace, in our neighborhoods, and, possibly, in our homes as this dangerous trend against our civil liberties continues.

In her recent cover story for the New York Times Magazine, Emily Bazelon is the latest journalist to argue against free speech, this time under the guise of limiting “misinformation.” She insists that “[t[he conspiracy theories, the lies, the distortions, the overwhelming amount of information, the anger encoded in it…all serve to create chaos and confusion” and, therefore, require judicious measures to limit the spread and scope of such falsehoods for the sake of democracy.

Bazelon then posits that the First Amendment is, essentially, a quaint and antiquated document unfit for current times:

It’s an article of faith in the United States that more speech is better and that the government should regulate it as little as possible. But increasingly, scholars of constitutional law, as well as social scientists, are beginning to question the way we have come to think about the First Amendment’s guarantee of free speech. They think our formulations are simplistic — and especially inadequate for our era. Censorship of external critics by the government remains a serious threat under authoritarian regimes. But in the United States and other democracies, there is a different kind of threat, which may be doing more damage to the discourse about politics, news and science. It encompasses the mass distortion of truth and overwhelming waves of speech from extremists that smear and distract.

According to Bazelon, the purveyors of such “mass distortions” are predominantly conservatives, including the Trump administration, Tucker Carlson, and a host of other rightwing outlets.

In a recent interview with NPR, Bazelon praised the work of The Washington Post and The New York Times, claiming they are “putting a significant constraint on disinformation” by competing for the “truth” with one another. However, Bazelon does not afford conservative media such a compliment, alluding to them as mindless demagogues:

The problem is that in this right-wing media ecosystem…you don’t have that same kind of competition for factual accuracy. Those outlets don’t really challenge each other on facts, and they’re much more likely to pick up and kind of recycle a false narrative than they are to debunk it or even to admit themselves that they’ve gotten something wrong… It would be much better for our democracy if we didn’t have this asymmetry where we had disinformation being propagated in the right wing media and not in the mainstream and liberal media because then we could address it all together.

William Voegeli pushes back against this narrative in his essay on free speech for City Journal, pointing out how “left-of-center scholars, activists, and journalists increasingly view…free expression as an embarrassing anachronism.” Voegeli argues that a fundamental disregard for discourse now fuels much of the Left who have all but abandoned “a self-regulating public square, where sound evidence and reasoning prevail over arguments shown to rest on weaker facts and syllogisms.” Instead, they demand “superintended discourse.”

The massive blind spot in Bazelon’s reasoning comes from her failure to acknowledge the impact of misinformation and distorted narratives pushed by the likes of The Washington Post and The New York Times. In effect, when parsed of progressive sophistry, the likes of Bazelon wish to limit free speech for those ideologically opposed to their way of thinking and nothing more. Her argument is not meant to distill truths from a dizzying amount of “misinformation” but to simply put the ideological leanings of the Left at the forefront and quell any meaningful opposition to it.

The virtual monopoly the Left holds on culture through various mediums including music, sports, television, and film continues to have a major influence on younger generations of Americans. The exorbitant amount of astroturfing by progressive organizations on highly influential sites like reddit holds tremendous sway on young minds as well. As a result, it becomes evident why teens and college students are finding less and less value in fundamental American ideals like free speech.

The ongoing BLM riots and protests provide ample evidence, as do recent events on college campuses over the past few years. The mob of some 200 students at Evergreen State College that excoriated professor Brett Weinstein – an exceedingly liberal biology professor – is one frightening example among a growing number of such mindless outrage and vitriol toward free speech among younger Americans.

In 2017, Weinstein had written a respectful email as a formal protest of a campus-wide “Day of Absence” wherein “organizers said…they wanted white people to stay off campus,” according to Inside Higher Ed. The biology professor was “pilloried” for his efforts in writing a “fundamentally liberal argument and act of protest,” the National Review reported. In response, “Students occupied and barricaded the campus library, and accosted Weinstein outside his classroom…the mob surrounded him, yelled at him, swore at him, and openly admitted they did not want to allow him to respond.”

According to Pew Research from 2015, a growing number of Millennials supported limiting speech they deemed offensive:

American Millennials are far more likely than older generations to say the government should be able to prevent people from saying offensive statements about minority groups, according to a new analysis of Pew Research Center survey data on free speech and media across the globe.

More recent polls suggest that support for limiting free speech among younger generations has only increased. A recent Gallup-Knight study found evidence of this “tension” between “free speech and an inclusive society” rife among college students:

A majority of students (68%) regard citizens’ free speech rights as being extremely important to democracy, while 69% believe an inclusive society that is welcoming to diverse groups is extremely important. Most college students of all demographics and political affiliations believe efforts at diversity and inclusion come into conflict with free speech rights at least occasionally, if not frequently.

While these polls are not hard and fast pronouncements of what the future may hold, they do “point to trends that are likely to reshape how freedom of expression is defined as this rising generation comes of age.”

At the risk of alarmism, history also demonstrates just what mobs of students fueled by misguided idealism can do to a nation if not addressed in a meaningful way.

The ACLU has all but abandoned its ongoing fight for free speech in the name of “social justice.”

Spurred by the tumult and tragedy that occurred in Charlottesville in 2017, the ACLU has undergone a significant paradigm shift away from its century-long fight for American civil liberties and free speech and far more toward current, progressive notions of “social justice.”

In the wake of Charlottesville, progressive media outlets like Vox reported that the ACLU had “blood on its hands” for “sue[ing] the city of Charlottesville to allow the Unite the Right rally to happen downtown.” The New York Times also ran a now-popular piece entitled “The ACLU Needs to Rethink Free Speech.”

The progressive outcry led Anthony Romero, the executive director of the ACLU, to proclaim the organization “will no longer defend the right to protest when the protesters want to carry guns,” according to Vox.

Since Charlottesville, the ACLU has only increased its efforts to tow a far more progressive line oriented toward “social justice” and away from its traditional stance on civil liberties. A recent piece published on the organization’s website openly questioned “‘whether a dogged commitment to free speech’ was still the best strategy for an organization pursuing social justice.”

In fact, the president of the ACLU came right out and declared its new stance in no uncertain terms, abandoning any sense of political neutrality, even insinuating that President Trump was a “friend” of white supremacy:

“Even Susan Herman, President of the ACLU,” the ACLU’s website reported, “questioned whether old assumptions about free speech still applied: ‘We need to consider whether some of our timeworn maxims — the antidote to bad speech is more speech, the marketplace of ideas will result in the best arguments winning out — still ring true in an era when white supremacists have a friend in the White House.’”

The ACLU’s current position is in stark contrast to the civil liberties it once advocated for. Under the leadership of Ira Glasser from 1978 to 2001, the ACLU turned “into a major force…for free speech, privacy and due process, and other traditional civil-liberties causes,” according to Spiked.

Glasser also asserts that freedom of speech was the “lifeblood” of the civil rights movement during the 1960s.

But this idea, Glasser laments, is alien to a lot of young people today, who see the ‘First Amendment as an antagonist to social justice’. Indeed, on US campuses ‘progressives’ constantly agitate for right-wing speakers, from Charles Murray to Ben Shapiro, to be banned or forcibly shut them down. ‘Hate speech is not free speech’ is a common refrain.

Glasser argues that this new shift against free speech began in academia in the 1990s when “hate-speech codes flourished on US campuses” and is now fast becoming a mainstay in the culture at large.

Writing for The Intercept, Glen Greenwald – by no means, a champion of conservatism – refers to Glasser as an “old-school civil libertarian” and also argues that the limiting of free speech began on college campuses nationwide. However, Greenwald insists that such a “constriction” has finally spread into all facets of American life:

“Opposition to the primacy of free speech has been commonplace on America’s most elite college campuses for years, but is now predictably seeping into virtually every sector of American political life — beyond academia into the corporate workplace, journalism, the legal community, culture, the arts, and entertainment. Both a cause of this contamination and a result is the growing popular belief that free speech can no longer be protected as a primary right but must be ‘balanced’ — meaning constricted — in the name of other political and social values that are purportedly in conflict with free expression.”

Published in First Amendment, Political News and US News