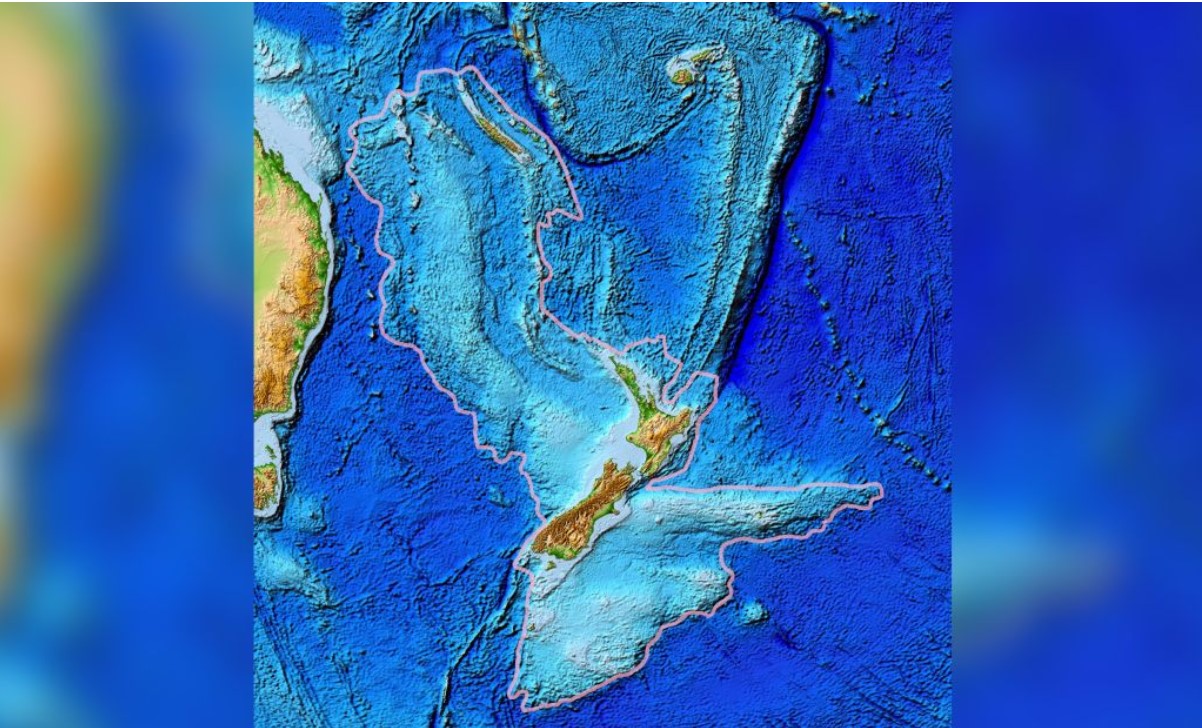 The hidden undersea continent of Zealandia was destroyed and sank…

But it’s only recently that scientists have figured out that the destruction of northern Zealandia coincided with the formation of underwater volcanoes throughout the western Pacific Ring of Fire.

Zealandia is a chunk of continental crust, almost entirely beneath the ocean, next door to Australia and has been qualified as a continent in a 2017 scientific research.

As the continental collision process known as subduction started in the western Pacific between 35 million and 50 million years ago, parts of northern Zealandia rose by as much as 1.8 miles (3 kilometers), and other sections dropped in elevation by a similar amount.

As explained by the lead author of the new study: “These dramatic changes in northern Zealandia, an area about the size of India, coincided with buckling of rock layers and the formation of underwater volcanoes throughout the western Pacific.“

It was the birth of the Ring of Fire, the arc of subduction zones that circles the Pacific.

This again means that: “the new observations reveal the early signs of the Ring of Fire were almost simultaneous throughout the western Pacific.”

Zealandia separated from the supercontinent Gondwana around 85 million years ago and slowly disappeared underwater.

In 2017, the International Ocean Discovery Program Expedition 371 sent research vessels to drill into the ocean floor below the Tasman Sea as long ago as the Late Cretaceous (100.5 to 66 million years ago). 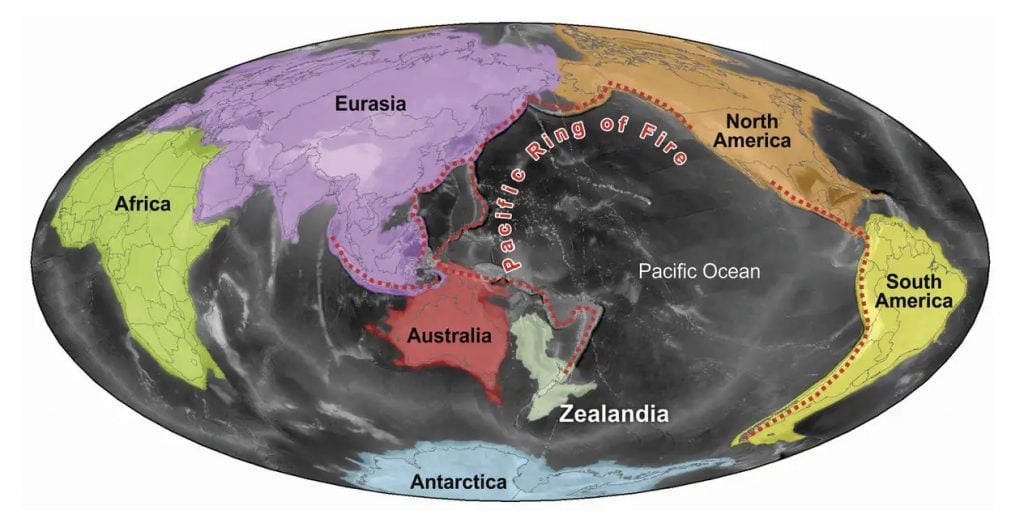 A global map of Zealandia. via Conversation

Tiny fossils found in the sediments enabled researchers to determine the elevation of the sediments at the time they were laid down.

They found that at three sites in northern Zealandia, the sediments from between 35 million and 50 million years ago contained fossils that indicated shallow reef ecosystems. These sites today sit in the middle of the Tasman Sea near an area called Lord Howe Rise.

Closer to Vanuatu in what is today the New Caledonia Trough, the researchers found single-celled plankton species that live in deeper waters, indicating that the elevation of Zealandia had dropped in the same 35- to 50-million-year time frame.