Thank You, Judicial Watch: Hillary Clinton Must Be Deposed Over Her Private Email Server Fiasco 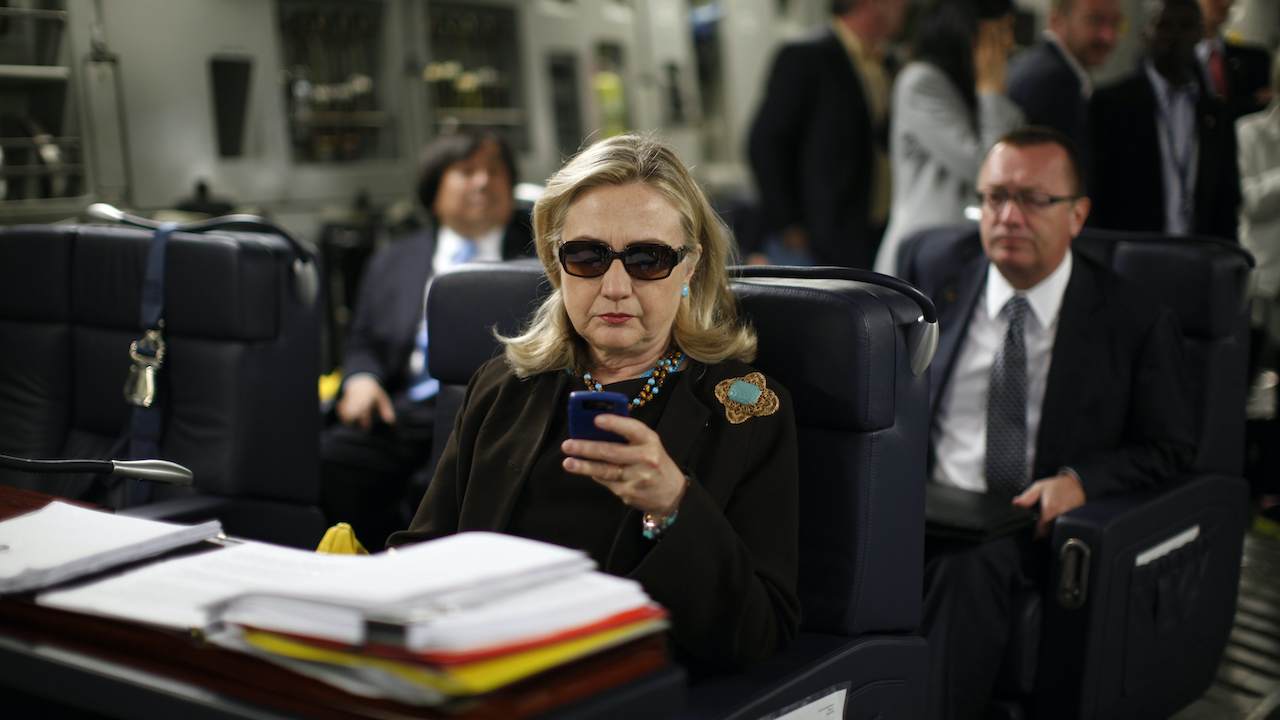 Thank You, Judicial Watch: Hillary Clinton Must Be Deposed Over Her Private Email Server Fiasco

Hillary Clinton is a former first lady, secretary of state,

Hillary Clinton is a former first lady, secretary of state, U.S. Senator, and a two-time presidential loser. She also will have to revisit a 2016 ghost this year: her email server. Clinton, while serving as our top diplomat, conducted all official State Department business on a private email server that was not secure. It wasn’t authorized by State Department officials, contrary to what the former first lady said about the unusual communication arrangement. And if she did ask for permission, Clinton would have been denied. It was all part of the State Department Inspector General Office’s report on the matter, which only added more fuel to the fire over this story during the 2016 cycle. And it kept the story in the news, which at the time—was something the Hillary campaign was desperate to neutralize. It only added more suspicion and rehashed old criticisms of the Clintons, one of which being that they think the rules don’t apply to them.

Well, Judicial Watch has been doing exceptional work prying for more details over this fiasco, where the former first lady also admitted to deleting 30,000 emails that were under subpoena. This is the government. They don’t like spilling things, especially when it makes Democrats look bad. Well, after years of persistence, Judicial Watch has got a federal judge to agree to sit Hillary down for a full deposition about this email server (via Fox News):

Clinton has argued that she has already answered questions about this and should not have to do so again, but D.C. District Court Judge Royce C. Lamberth said in his ruling that her past responses left much to be desired.

“As extensive as the existing record is, it does not sufficiently explain Secretary Clinton’s state of mind when she decided it would be an acceptable practice to set up and use a private server to conduct State Department business,” Lamberth said.

The judge went on to recognize that while Clinton responded to written questions in a separate case, “those responses were either incomplete, unhelpful, or cursory at best. Simply put her responses left many more questions than answers.” Lamberth said that using written questions this time “will only muddle any understanding of Secretary Clinton’s state of mind and fail to capture the full picture, this delaying the final disposition of this case even further.”

More questions than answers, a hallmark characteristic of the Clintons when they get into legal trouble. And let’s not forget that Hillary used 13 devices connected to that unauthorized and unsecured server, some of which were destroyed with hammers by her aides:

I know the Clinton camp doesn’t think that potentially mishandling classified information is a serious issue, but the rest of the country did, as does this federal judge. What the hell was going on here? Also, should we bring Obama into this? He was emailing her using a pseudonym. So, he knew about the server?

Published in Clintons and US News