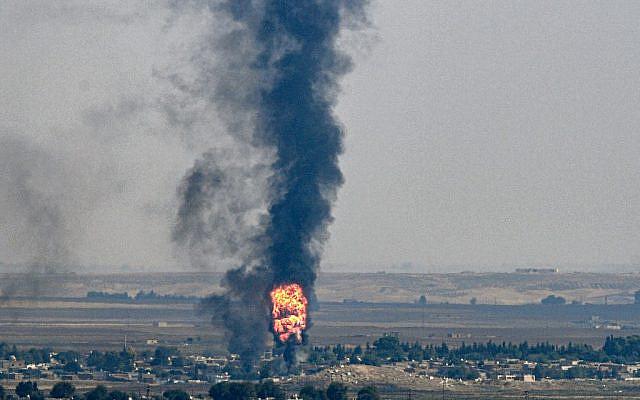 “Erdogan is resorting to weapons that are globally banned such…

An official statement by the US-backed Syrian Democratic Forces (SDF) has alleged Turkey is using banned substances such as phosphorus and napalm in its continued military offensive in northern Syria.

“After 8 days of fierce resistance by our fighters against heavy ground and aerial attacks of Turkey in Serêkaniyê, we suspect that unconventional weapons are used against SDF fighters upon the reports and signs we receive from the besieged town,” Mustafa Bali, an official SDF spokesman said.

“The Turkish aggression is using all available weapons against Ras al-Ain,” a Kurdish statement cited by the AFP said. “Faced with the obvious failure of his plan, Erdogan is resorting to weapons that are globally banned such as phosphorus and napalm,” the statement continued.