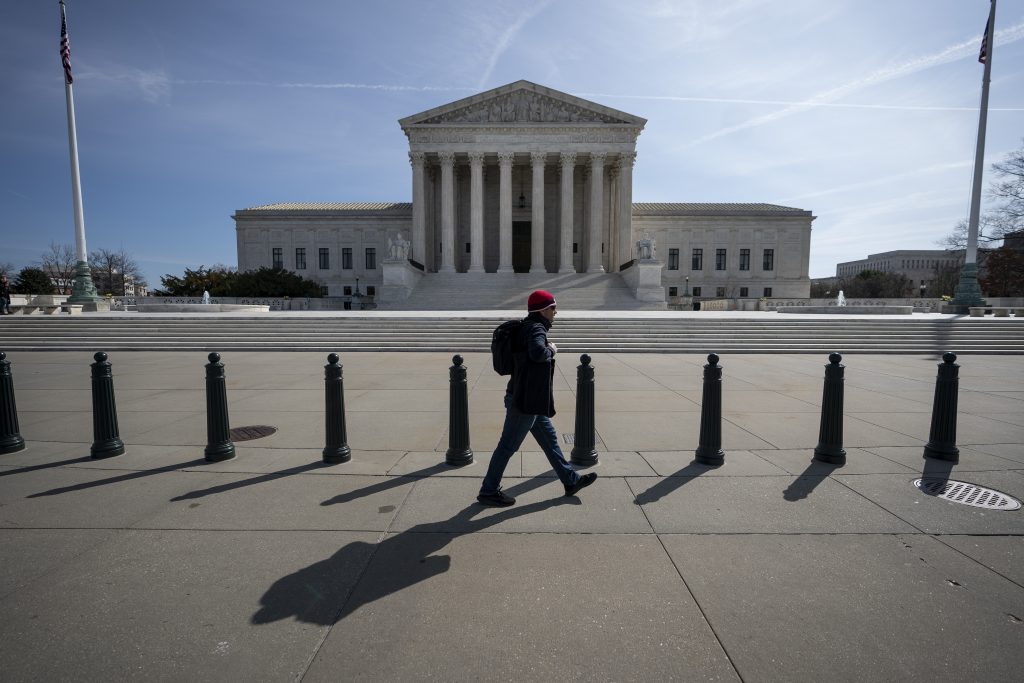 A little-noticed immigration decision at the Supreme Court Monday could…

A little-noticed immigration decision at the Supreme Court Monday could give a boost to foreign nationals challenging deportation orders long after their removal from the United States.

The case involves an immigrant, Pedro Pablo Guerrero-Lasprilla, who was deported in 1998 in connection with the seizure of 50 kilograms of cocaine. The Supreme Court ruled seven to two on Monday that Guerrero-Lasprilla can fight his deportation in federal court, giving him a chance at returning to the United States.

“Practically speaking, the Supreme Court may have opened the door for thousands of aliens, many removed from the U.S. years ago, to request review of their deportation orders. If that happens, the operations of the Executive Office for Immigration Review, already struggling under a backlog of a million cases, may collapse and come to a screeching halt,” Matt O’Brien, director of research at the Federation for American Immigration Reform and a former assistant chief counsel with U.S. Immigration and Customs Enforcement, told the Washington Free Beacon.

The ruling was a rare setback for the Trump administration, which has generally fared well before the Supreme Court on criminal immigration issues. It may take years to appreciate the scope of the decision, as it’s not clear how many migrants might benefit. Two other cases the Supreme Court is considering this term similarly explore when federal courts have power to consider immigration issues. In ruling for Guerrero-Lasprilla on Monday, the justices may be signaling more defeats to come for the Trump administration, and an expanded role for judges in deportations.

The Immigration and Nationality Act (INA) is at the center of Monday’s case. Congress wanted to make the deportation of immigrants who commit crimes easy and straightforward. To that end, the INA dictates that immigrants convicted of violent crimes or drug offenses cannot challenge their deportation in federal court.

Congress adopted that rule, called the “criminal-alien bar,” because it wanted expert immigration authorities in the executive branch, not federal courts, to make final judgments about deportation, O’Brien told the Free Beacon.

There are two exceptions to the criminal-alien bar. One provides that immigrants can fight a deportation order in court if their case involves a “question of law.” The issue in Monday’s case was a technical one—whether the application of law to undisputed facts counts as a “question of law.”

A seven-justice majority led by Justice Stephen Breyer said the answer is yes, citing a background rule that “executive determinations generally are subject to judicial review.” In doing so, the Court may have greatly expanded the number of immigrants who can fight their deportations before a judge.

Published in Crime, Illegal Immigration, Political News and US News