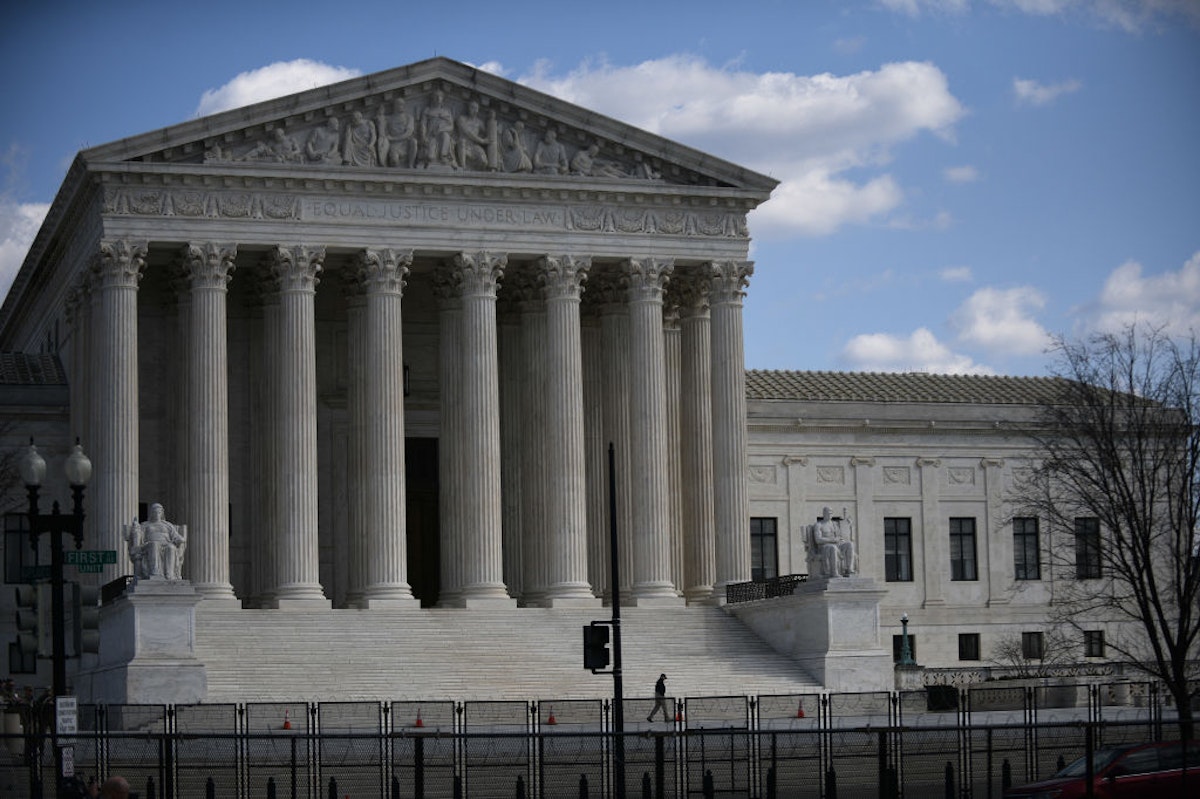 The New York Post reported that the Supreme Court tossed a decision from the Second Circuit Court of Appeals in New York finding Trump blocking his critics on Twitter violated their First Amendment rights. The Supreme Court dismissed the case because Trump has been permanently banned from Twitter, rendering the case moot.

Judge Clarence Thomas wrote in his opinion that Trump had “limited control” of his 89 million followers on the social media platform, while Twitter itself had total control.

Thomas added that the defendants in the lawsuit made a good point by claiming Trump’s Twitter account resembled “a constitutionally protected public forum.” Thomas noted, however, that “it seems rather odd to say that something is a government forum when a private company has unrestricted authority to do away with it.”

Thomas then warned about the consequences of providing so much speech into the control of so few private parties.

“Today’s digital platforms provide avenues for historically unprecedented amounts of speech, including speech by government actors. Also unprecedented, however, is the concentrated control of so much speech in the hands of a few private parties,” Thomas wrote.

“We will soon have no choice but to address how our legal doctrines apply to highly concentrated, privately owned information infrastructure such as digital platforms,” he added.

As The Daily Wire’s Ian Haworth reported Monday, Thomas signaled in his opinion that social media companies may one day be stripped of certain protections, comparing them to “common carriers” and “public accommodations.”

“Once again, a doctrine, such as public accommodation, that reduces the power of a platform to unilaterally remove a government account might strengthen the argument that an account is truly government controlled and creates a public forum,” Thomas continued. “The similarities between some digital platforms and common carriers or places of public accommodation may give legislators strong arguments for similarly regulating digital platforms. ‘[I]t stands to reason that if Congress may demand that telephone companies operate as common carriers, it can ask the same of’ digital platforms.”

“That is especially true because the space constraints on digital platforms are practically nonexistent (unlike on cable companies), so a regulation restricting a digital platform’s right to exclude might not appreciably impede the platform from speaking,” Thomas wrote.

Thomas noted, however, that his opinion “is irrelevant until a legislature imposes common carrier or public accommodation restrictions — only that the principal means for regulating digital platforms is through those methods.”