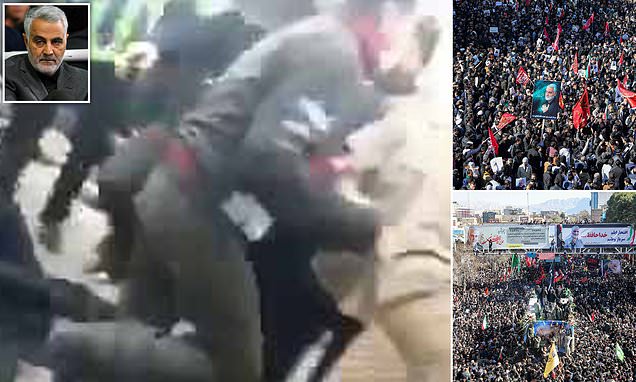 Iran's farewell to the general descended into chaos after thousands…

Forty mourners have been killed and more than 200 injured after a stampede broke out on the final day of Qassem Soleimani’s funeral in Iran today.

Iran’s farewell to the general descended into chaos after thousands of people thronged to his home town of Kerman, where he was due to be buried later.

With a sea of mourners rushing to see Soleimani’s coffin, state media said a stampede had broken out which left 40 people dead and 213 injured.

Footage which circulated online appeared to show emergency workers desperately trying to rescue mourners who had been thrown to the ground and badly hurt during the crush.

Soleimani’s burial was later postponed, further prolonging a funeral which was already in its third day amid a huge outpouring of public grief.

Iran today renewed its vows of revenge against America which regarded the general as a terrorist leader and killed him in a drone strike in Iraq last Friday.

Supreme leader Ayatollah Ali Khamenei, who yesterday wept in public over Soleimani’s casket, has ordered his country’s forces to retaliate directly against US interests rather than relying on its proxies in the region.

Tehran says it has lined up 13 ‘revenge scenarios’ and revolutionary guards leader Hossein Salami told the crowds today that Iran would ‘set ablaze’ US allies.

US forces are braced for a reprisal but their future in the Middle East was thrown into confusion yesterday when a letter confirming a withdrawal from Iraq was apparently circulated by mistake.

Donald Trump has vowed to retaliate if Iran strikes against US targets, despite lukewarm support from his allies including Israel which today declared its intention to ‘stay out of it’. 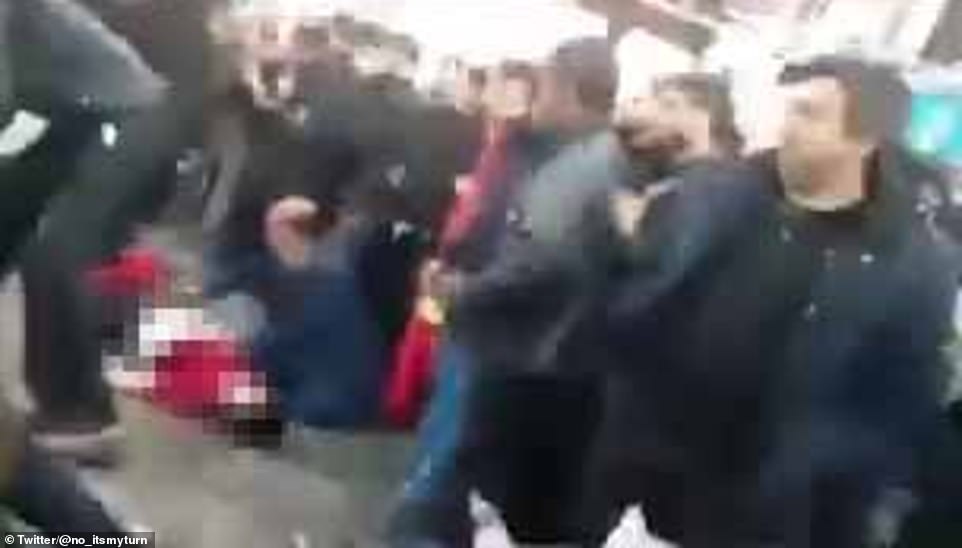 Iranian mourners look around in panic after a stampede broke out at Qassem Soleimani’s funeral in Kerman today, killing more than 30 people and injuring nearly 200 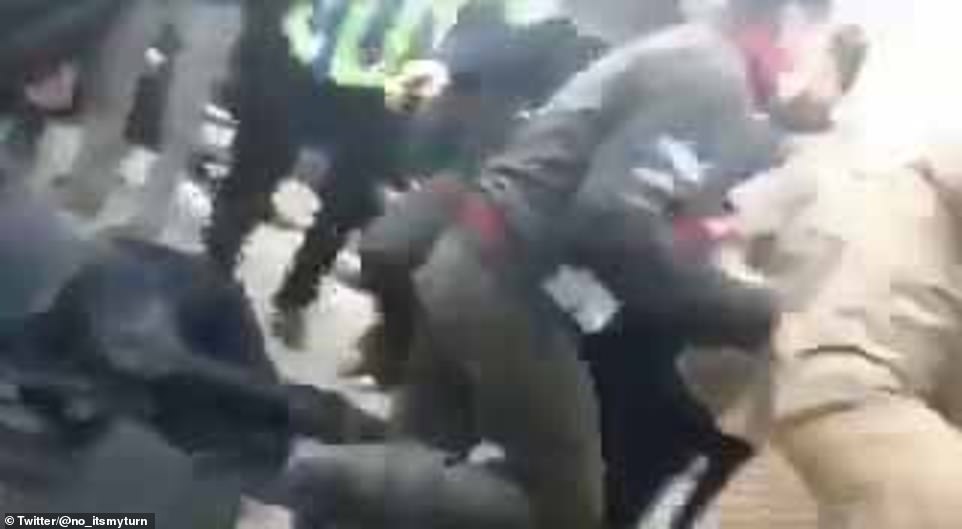 With a sea of mourners rushing to see Soleimani’s coffin, state TV said a stampede had broken out which left 32 people dead and 190 injured