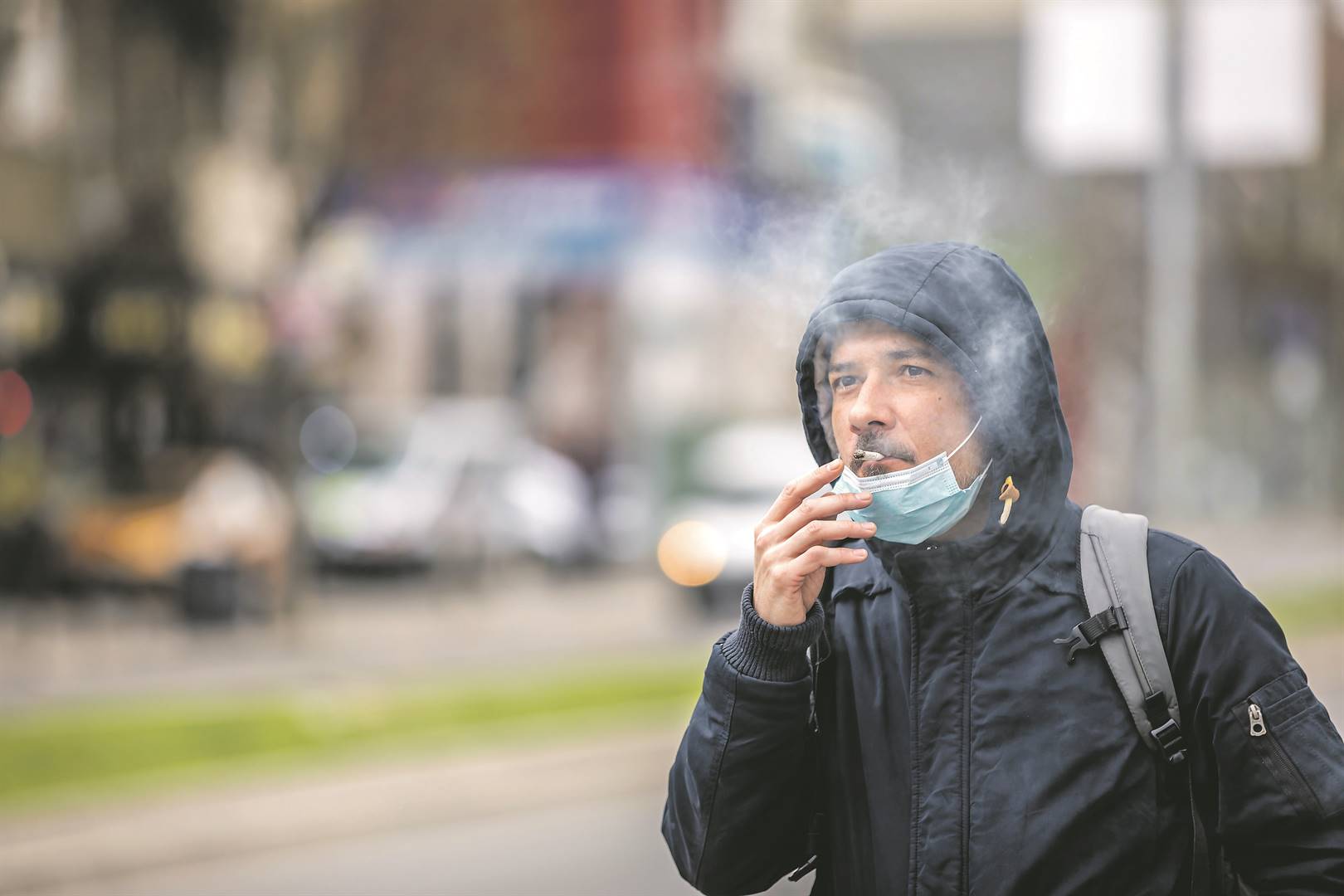 It is increasingly clear that those bearing the brunt of…

In Antoine de Saint-Exupéry’s classic, The Little Prince, the prince narrates a story of a king he met on a tiny planet far away.

Regarding authority and public obedience, the king opined: “One must require of each what each is able to give … Authority rests first of all upon reason.

“If you command your subjects to go and throw themselves into the sea, there will be a revolution. I have a right to demand obedience because my orders are reasonable.”

As a non-smoker, I’d love to live in a world without tobacco, where my lungs wouldn’t have to cope with secondary smoking.

I’d also like a world where there were no opportunities for my children and grandchildren to smoke.

A government that could make this happen would obviously have my support.

But the end doesn’t justify the means and our Constitution doesn’t permit a Machiavellian approach to policymaking.

Government may not usurp the authority given to it by the people, through that Constitution, to achieve matters beyond such authority or remit.

MANY DECISIONS BY STATE FUNCTIONARIES ARE REGULARLY STRUCK DOWN BY THE COURTS AND OTHER SECTION 35 FORUMS SIMPLY BECAUSE OF THE ATTEMPTED EXERCISE OF POWER THE STATE FUNCTIONARY DOES NOT HOLD, RENDERING ANY CONSEQUENT DECISION INVALID
Thuli Madonsela

That is the requirement of the principle of legality, which is central to the rule of law, which – in turn – is one of the foundational principles enshrined in the Constitution.

Many decisions by state functionaries are regularly struck down by the courts and other section 35 forums simply because of the attempted exercise of power the state functionary does not hold, rendering any consequent decision invalid.

An example was the Constitutional Court’s giving Parliament a course in the rule of law for attempting to override the decision of the Public Protector following the release of the Secure in Comfort report on the impugned opulent renovations at Jacob Zuma’s home in Nkandla, KwaZulu-Natal.

Our Constitution further requires government policymaking and other conduct to be reasonable, particularly when the outcome curtails or limits fundamental human rights enshrined in that very Constitution.

The importance and content of reasonableness were clarified by the Constitutional Court in Minister of Health and Another v New Clicks South Africa and Others (2005).

In this case, the minister of health was found to have overreached the powers conferred by law regarding the determination of dispensing fees.

The question of acting within authority is increasingly raised in respect of government’s Covid-19 coronavirus regulations, directions, guidelines and related policies.

But it is questions of reasonableness that have captured the court of public opinion.

This is where government must “oppas”, in my view, if it wishes to continue to rule through acquiescence.

Reasonableness as a legal requirement is so important that even permissible derogation of rights under section 36 of the Constitution must comply with certain provisions.

Section 36 of the Constitution reads: “The rights in the Bill of Rights may be limited only in terms of law of general application to the extent that the limitation is reasonable and justifiable in an open and democratic society based on human dignity, equality and freedom…”

Key to reasonableness are purpose and proportionality, which are likewise recognised in international law.

Reasonableness is also an important foundation for legitimacy and voluntary cooperation.

Without legitimacy, the violation of laws becomes normative and compliance an aberration.

Even though we knew that some businesses, particularly informal ones which operate on a hand-to-mouth basis, might not make it past the original 21-day lockdown, there seemed to be consensus on the necessity of the sacrifice.

The reasonableness of some of the Covid-19 regulations, directions, guidelines and municipal bylaws is increasingly in question.

The president himself recently conceded that some of these regulations have been contradictory.

You must agree with me that contradictory regulations cannot be said to be reasonable.

A key concern among some is: Why did government not invest in contact tracing, following the footsteps of the original 66 coronavirus patients, identifying severely affected municipal wards as hotspots and then pooling resources and containment there, rather than shutting down all areas, including the Northern Cape where, apparently, not a single person has been infected?

Two matters that have triggered apoplectic public reactions, in this regard, are the prohibition on the sale of tobacco and the long-withheld refusal to classify pastoral and related religious gatherings as essential services.

Equally distressing, but with less political conflict and lawfare, is the closing down of the hairdressing and related industries, in which women predominate.

President Cyril Ramaphosa’s recent announcement that under alert level 3, religious services will be reclassified as essential, provided no more than 50 people gather to worship, has been met with equal celebration and condemnation.

It appears that section 15 of the Constitution enshrining freedom of religion has prevailed.

It was not clear how reasonable it was to presume all people consult a social worker, counsellor or psychologist when in distress, as envisaged in regulation 18.

A quick use of predictive data analytics, as we have recommended as the Social Justice M-Plan Think Tank and Social Justice and Coronavirus Covid-19 Policy and Relief Monitoring Alliance, would have shown that the average member of the lower economic brackets prays with a pastor or equivalent member of the clergy when in distress.

The liberalisation of religious freedom does not mean people must go to churches, shuls or mosques unnecessarily.

As adults, we are trusted to exercise extreme care not to recklessly transmit or incur the coronavirus.

Regarding tobacco, it remains to be seen whether the courts will consider the validity of the actions taken in terms of government’s authority to contain Covid-19, while preventing an avalanche of demands on healthcare resources such as ventilators.

It all boils down to the strength of the data used to make this decision.

IT IS INCREASINGLY CLEAR THAT THOSE BEARING THE BRUNT OF THE COUNTRY’S DRACONIAN LOCKDOWN REGULATIONS DO NOT HAVE THE MEANS TO ENGAGE WITH PUBLIC POLICYMAKERS, INCLUDING THE PRESIDENT
Madonsela

In the court of public opinion, though, the battle has been lost, as anecdotal evidence suggests people are still smoking, the only inconvenience being the severely hiked costs of tobacco in the bootleg market.

Anecdotal evidence suggests the same is happening regarding the hairdressing industry.

It appears that people cannot obey orders akin to a command “to go and throw themselves into the sea”, as the king explained to the little prince.

It is increasingly clear that those bearing the brunt of the country’s draconian lockdown regulations do not have the means to engage with public policymakers, including the president.

For this reason, would it have been best to follow the Disaster Management Act in its entirety, particularly regarding its more transparent, inclusive and accountable structures?

Would a Covid-19 law and related public consultation process have worked better?

If my observations are correct, how long will our edifice hold?

Perhaps the president could learn from the king in The Little Prince, and not only save the people from unnecessary suffering, but also promote agency while sustaining democracy and the rule of law.

Madonsela is professor and Law Trust Chair in Social Justice at Stellenbosch University. She is also the founder of the Thuma Foundation and the Social Justice M-Plan