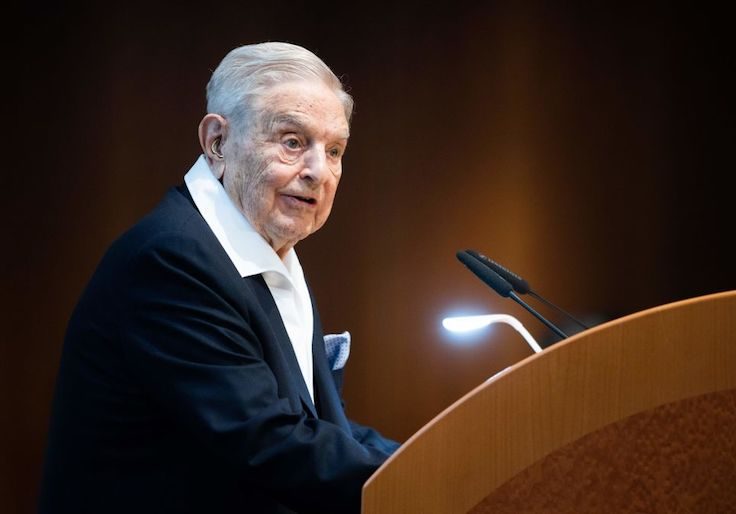 Major Democratic donors have flooded battleground states, especially in the Midwest, with cash for anti-Trump campaigns in hopes of appealing to the president’s voter base. CNN first reported Monday on Priorities USA’s new ads, which are part of a larger plan by deep-pocketed liberal financiers and activist groups to divert large sums of cash into the region. Trump defeated Hillary Clinton in several Midwestern states that she was expected to carry in the 2016 election.

As part of this plan, Priorities USA has said it intends to spend upward of $150 million against Trump in states like Michigan and Wisconsin. The PAC has hauled in $27 million since January 2019. Its largest donor has been billionaire hedge fund manager Donald Sussman, who has given the group $8 million this cycle. Soros is now the group’s second-largest donor at $5 million.

The group did not respond to a request for comment.

Priorities is not the only group using the coronavirus pandemic to attack Trump. PACRONYM, a super PAC tied to the nonprofit ACRONYM, which was in charge of the botched Iowa app that caused chaos during the Iowa caucuses, is launching a similar campaign.

PACRONYM announced last Tuesday it will spend $5 million on digital advertising against Trump’s response to the pandemic. Tara McGowan, the founder of ACRONYM, said it’s imperative that Democratic groups push anti-Trump messaging while Democratic presidential contenders remain positive during the pandemic. Biden, however, slammed Trump on Monday over what he called a “failure of planning and preparation” for the coronavirus.

“This is a public health issue and a national security issue, but it’s also a public policy issue and thus a political one,” McGowan told the Washington Post.

McGowan’s dark money nonprofit, which does not disclose its donors, has received hundreds of thousands of dollars from Speaker of the House Nancy Pelosi’s PAC. It also received funding from failed presidential contender and billionaire donor Tom Steyer’s PAC.