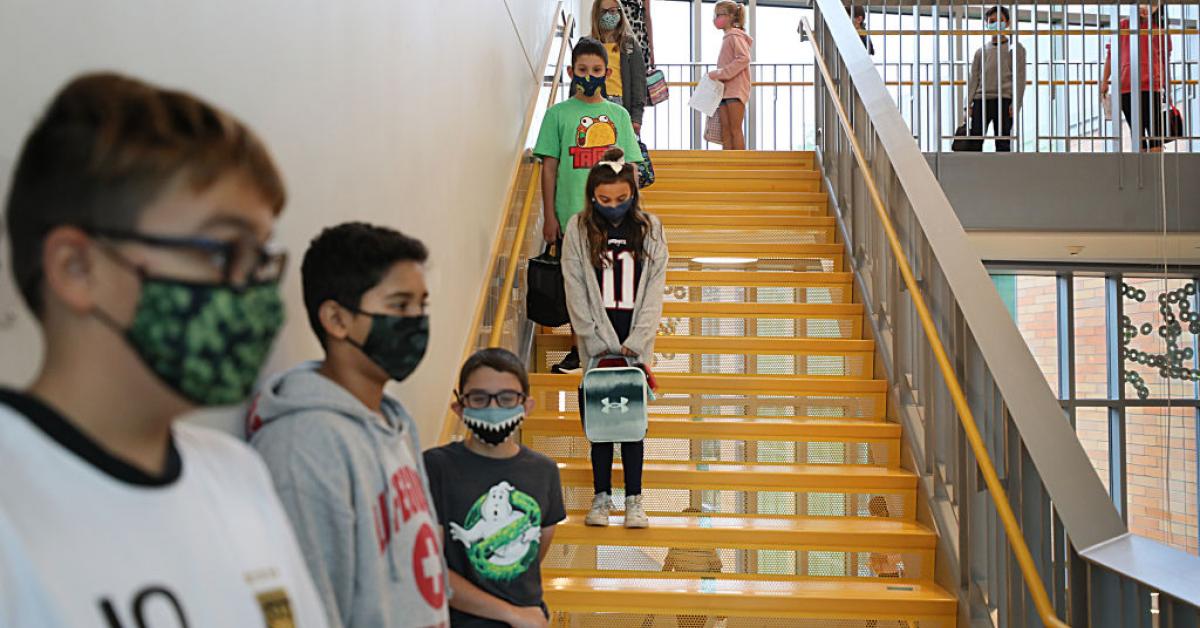 Speaking out loud can reportedly contribute to spread of disease.

Speaking out loud can reportedly contribute to spread of disease.

Some schools and school districts across the country have implemented rules forbidding students from talking to each other during lunch as part of ongoing efforts to prevent COVID-19 from spreading among school populations.

Many school districts re-opened at the end of the summer after shuttering in March due to the COVID-19 pandemic. Numerous schools returned with greatly enhanced safety measures, including social distancing policies and mandatory mask-wearing for students.

Lunchrooms, however, are one of the few places in which children are consistently unmasked, leading some school officials to consequently ban talking while eating lunch.

At least four districts in Rhode Island have imposed lunches in which students are either forbidden from talking or required to talk very quietly.

Local station WPRI reported that one academic defended the practice, arguing: “The difference between breathing and talking is about 75-fold in regards to respiratory emissions, like the droplets and small aerosols that come out. So a silent lunch, where you take away the interactions of walking down hallways and mixing pods, actually becomes a safer option than moving the kids.”

A Rhode Island principal, meanwhile, also defended the convention, claiming it “is not meant to be a punishment but rather to keep [children] safe,” the network reported.

The San Francisco School in California, meanwhile, has reportedly instituted a no-talking-during-lunch rule, as has Yeshivat He’atid, a Jewish day school in New Jersey.

Though the convention is being deployed as a public health measure, “silent lunch” has historically been used by school authorities as a punishment tactic for unruly and/or noisy students.