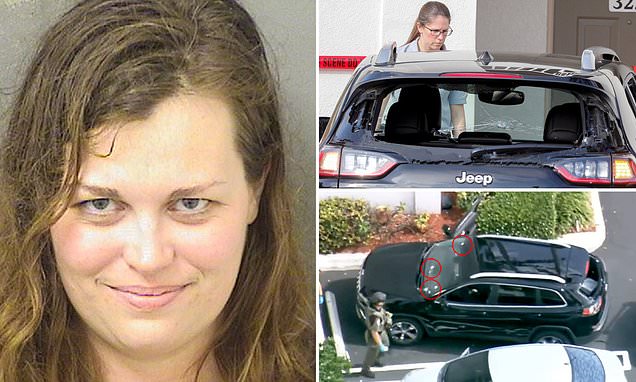 Hannah Roemhild, 30, was taken into custody following the ordeal…

Two people have been arrested after a police-involved shooting at Donald Trump’s Mar-a-Lago estate after a car breached two security checkpoints just hours before the President was due to arrive.

Authorities opened fire after a black SUV drove through two security checkpoints towards the front entrance of the estate in Palm Beach, Florida at about 11.40am on Friday.

The two people inside the SUV have since been taken into custody.

The Florida Highway Patrol and Palm Beach Sheriff’s Office deputies say they pursued the car as it fled the scene.

Several officers opened fire on the car during the short pursuit but it is not yet clear if anyone was injured.

Trump was scheduled to leave Washington for his resort later on Friday afternoon where he was expected to spend the weekend.

First lady Melania Trump is currently at the White House and was expected to travel with Trump.