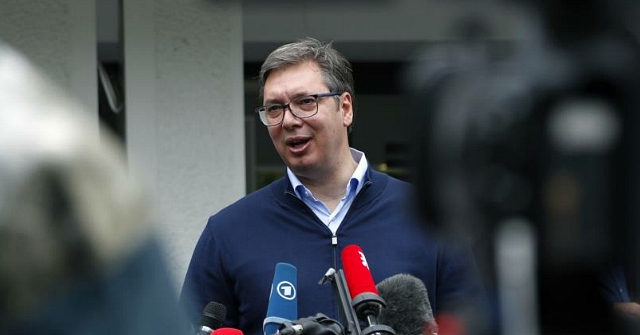 Serbia will carry out “a complete revision of every death” related to coronavirus, President Aleksandar…

Serbian authorities will carry out “a complete revision of every death” related to coronavirus, Serbia’s President Aleksandar Vučić said on Thursday.

The announcement follows recent reports that the true number of coronavirus deaths in Serbia by June was “three times” higher than officially reported.

“Serbia will do a complete revision of every death, of every person, to see what it looks like. The clinicians will do that,” Vučić said while visiting the construction site of a new coronavirus hospital in Belgrade, as quoted by Serbia’s N1 Television.

The president said that “he did not think the revision would uncover big differences in numbers,” adding that Serbian authorities “had not hidden anything from the public so far, and would work just as transparently in [the] future as well,” according to Balkan Insight, a news website run by the Balkan Investigative Reporting Network (BIRN).

Vučić’s announcement of the review came after a member of Serbia’s anti-coronavirus crisis center, Predrag Kon, admitted on Tuesday that the number of coronavirus deaths Serbia officially announced by June was three times less than the actual figure. Kon blamed the error on the government’s use of a new informational system at the time, which he said proved faulty.

“We were using an information system for the first time. That information system at one point, at one time, was not precise enough and I cannot say why, so, somewhere from mid-June, it was not accurate,” Kon told a Serbian TV station.

“Deaths cannot be accurately reported unless a certain period has elapsed. The data entered in the death certificate is only returned after two months … I processed the data by June. By June, in short, there were three times more deaths not only than what was officially announced but also what was reported,” he said.

Kon’s admission supports a BIRN report published in June which alleged that “from March 19 to June 1, a total of 632 people had died in Serbia after testing positive for the coronavirus – more than twice the officially announced number of 244 deaths in that period.”

The report was based on an analysis of data obtained from Serbia’s official coronavirus information system.

In its June report, BIRN also claimed that “the number of people who had become infected [with coronavirus] in Serbia from June 17 to June 20 was at least 300 per day, which was far more than the officially announced figure. They [Serbian health officials] recorded a maximum of 97 new cases in a single day during that period,” Balkan Insight noted.