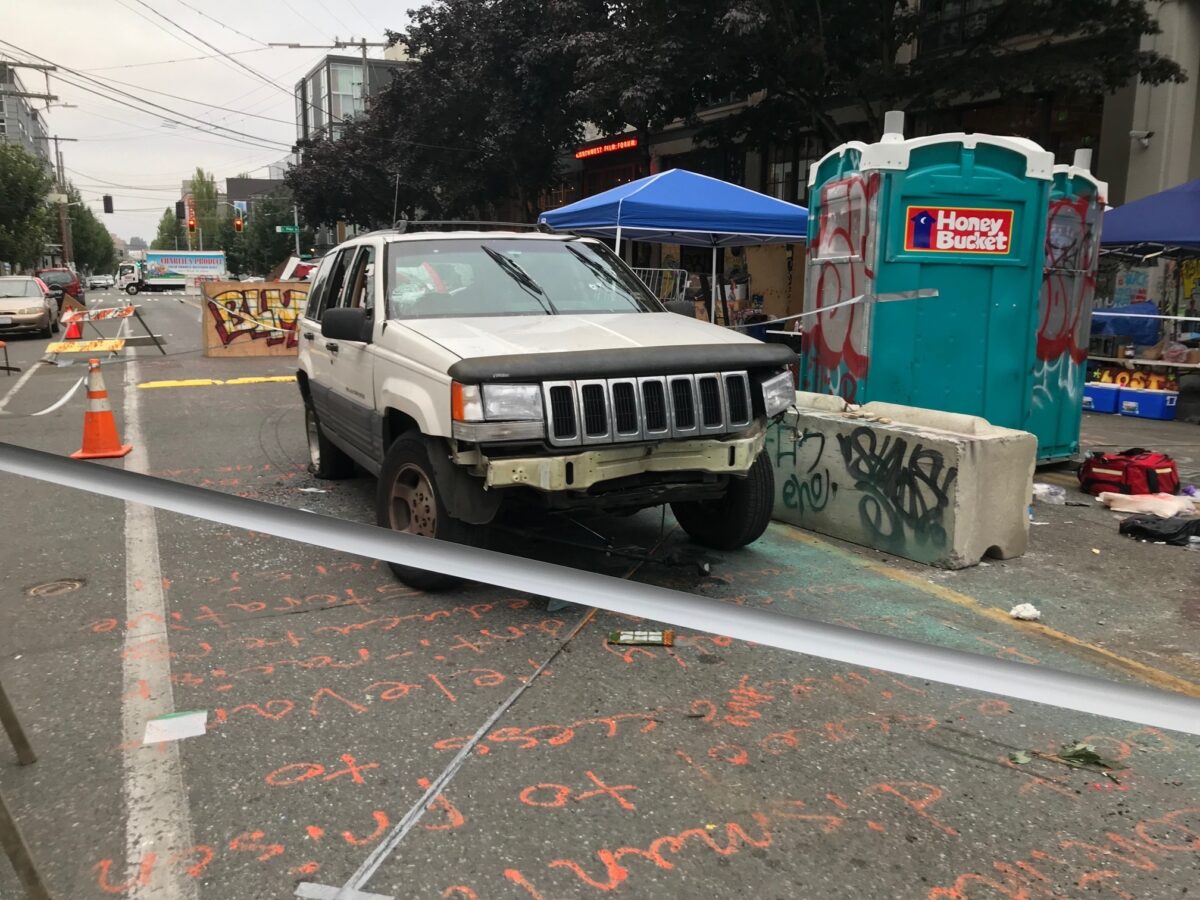 Seattle police officers were investigating another shooting in the so-called…

Seattle police officers were investigating another shooting in the so-called autonomous zone early Monday after reports of an active shooter.

Officers are investigating a shooting near 12th Avenue and Pike Street, the department said around 3:45 a.m. Pacific Time. That’s the edge of one side of the zone.

“Reports of two people injured. More information when available,” the department said in a brief statement.

At least 16 sounds similar to gunshots can be heard on videos captured inside the zone early Monday.

People with guns and other weapons began running through the area, searching for the shooter or shooters.

Shootings and other violent incidents have roiled the autonomous zone, which has been supported by city officials, leading to a class action lawsuit.

Officials said last week they’d dismantle the zone but attempts were stymied by occupiers refusing to leave. City officials have refused so far to use force to take back the city streets.

The zone encompasses a Seattle Police Department precinct but police officers abandoned the building on June 8. Soon after, activists took over the surrounding area, pushing barriers into roads and rejecting some who tried to enter.

As officers now decline to respond to some reports of crime, a private security force has arisen that includes members of the John Brown Gun Club, a group affiliated with the far-left Antifa.

Republican President Donald Trump said in a tweet Monday morning: “Seattle Looters, Agitators, Anarchists and ‘Protestors’, are now refusing to leave the ‘CHOP’ Zone. They have ZERO respect for Government, or the Mayor of Seattle or Governor of Washington State! Not good!”

Posted in US & Crime & Law news

Published in Crime, Law, Political News and US News