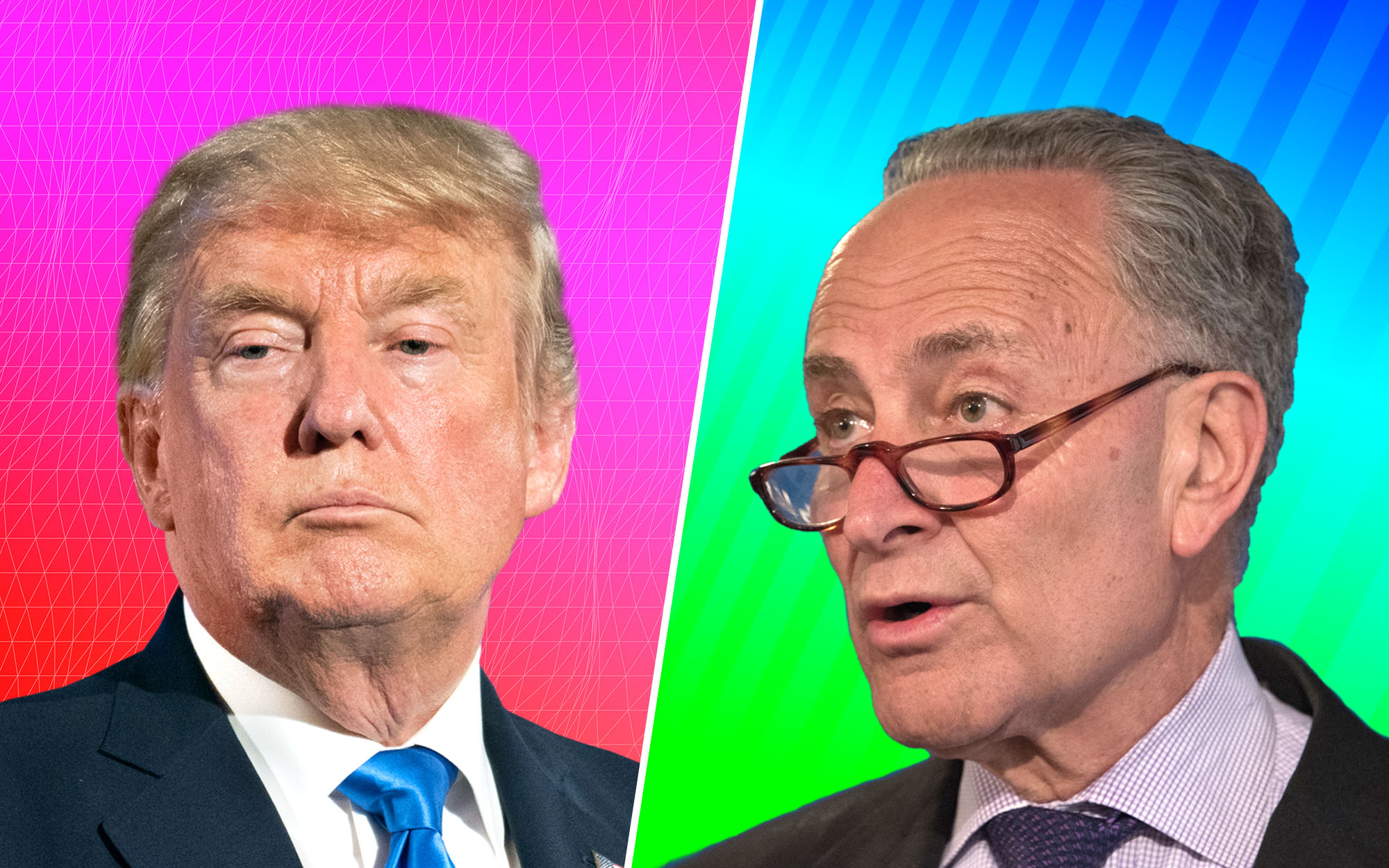 In a move that can only be termed full of…

From the Democrat minority leader on Monday, a ‘request’ that reeks of nothing less than nerve and gall.

In a move that can only be termed full of nerve and gall, Senate Minority Leader Chuck Schumer (D-N.Y.) is asking Senate Majority Leader Mitch McConnell (R-Ky.) for a “fair and honest” trial if, as looks probable, the Dem-led House votes to impeach President Donald Trump later this week.

The White House immediately pushed back on Schumer’s comments: White House press secretary Stephanie Grisham wrote on Twitter, “’Let us hope that fairness will prevail’” — a laughable quote from @SenSchumer this a.m. … after the Dems release an ‘impeachment report’ in the middle of the night.”

“Thankfully the people of this country continue to see the partisan sham that this is,” she added.

After two separate sets of House hearings in which the Dems, led by Intelligence Committee Chairman Adam Schiff (D-Calif.) and Judiciary Committee Chairman Jerry Nadler (D-N.Y.): A) gagged witnesses and questions from the GOP minority, B) switched a witness to questioner, C) silenced inconvenient statements challenging their behavior, D) refused to consider factual evidence, E) allowed hearsay and innuendo into the record, and F) disallowed repeated requests for minority witnesses — the Dems now want special treatment as they define it to proceed in the Senate, where the tables are turned on them?