Flashback: Did She Blackmail Trump? Let’s Rehash Another Key Player’s Antics in the Flynn Fiasco 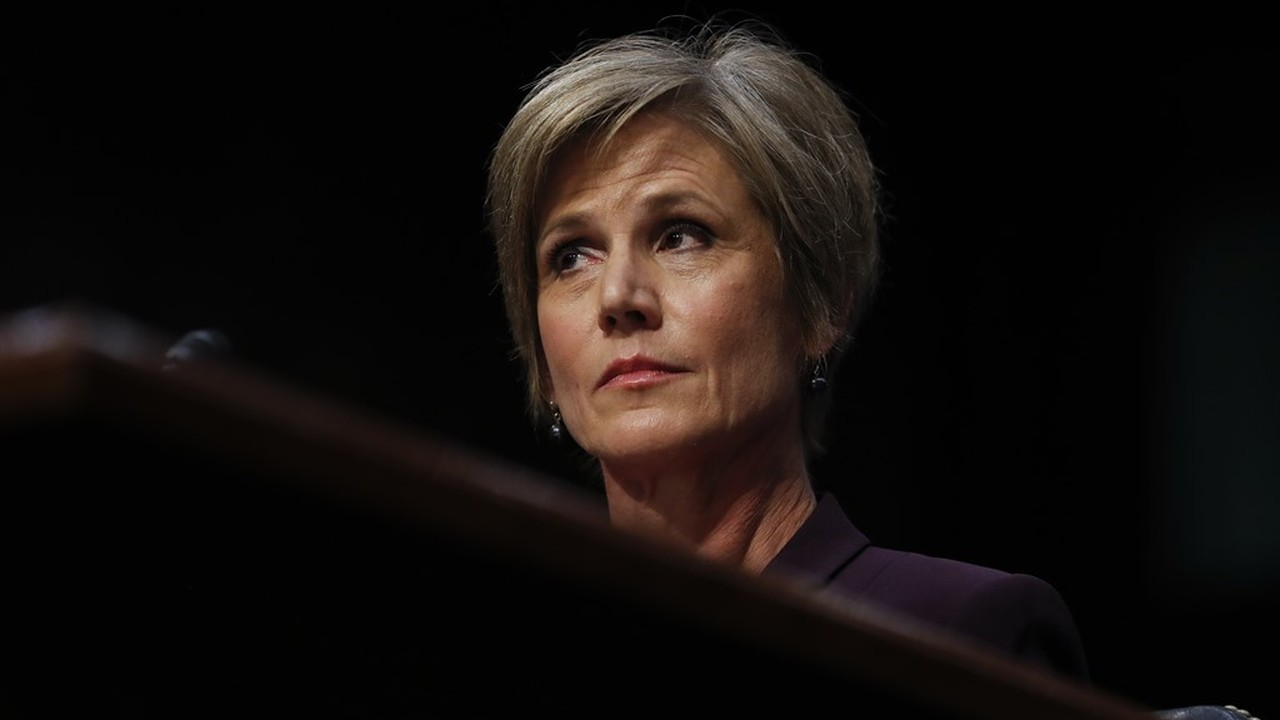 Flashback: Did She Blackmail Trump? Let's Rehash Another Key Player's Antics in the Flynn Fiasco

Sally Yates. Remember her, folks? She was the acting attorney…

Sally Yates. Remember her, folks? She was the acting attorney general who refused to defend President Trump’s executive order on immigration from terrorist-infested nations. Trump rightfully fired her, but the Obama holdover issue was born. She was also one of Obama’s reported right-hand people to help protect the FBI counterintelligence investigation into Russian collusion. Protect it and possibly prevent the incoming Trump administration from finding out. You cannot do that without causing institutional decay and chaos, which these so-called patriots had no qualms doing. Look at what this has done to the Federal Bureau of Investigation and the Department of Justice. They’re ruined. Why should anyone trust what these people do when they spied on the Trump campaign, secure a spy warrant on a former Trump campaign official, Carter Page, and set forth an entrapment plot against a top Trump official, Michael Flynn, who did nothing wrong—there wasn’t even enough evidence for the FBI to speak with him about his conversations with then-Russian Ambassador Sergey Kislyak. The FBI brass at the time, led by disgraced individuals James Comey and Andrew McCabe, were out to get Flynn no matter what. This is the Obama Justice Department, folks. It’s political, biased, and totally unhinged.

Yet, why was Flynn such a topic of discussion with the Obama crew? Well, remember, he could be subject to blackmail. We have to go back to an old column by Paul Sperry in the NY Post that torched this claim.  He laid out the case the Yates was the original blackmailer; she was blackmailing Trump with the Flynn allegations and consequences that could come if the president kept him. Oh, and why Flynn being vulnerable to blackmail was trash from the start. With Flynn exonerated, the FBI plot to entrap him exposed, it’s time to rehash this piece:

It’s clear from recent revelations that President Obama & his holdovers had a morbid fear of Lt. Gen. Flynn, an anti-Islamic terror hawk, and were gunning for him early in the transition, long before rumors he was involved in any alleged Russian conspiracyhttps://t.co/lULpNHujIt

Published in Crime, Flynn, Political News, Trump and US News