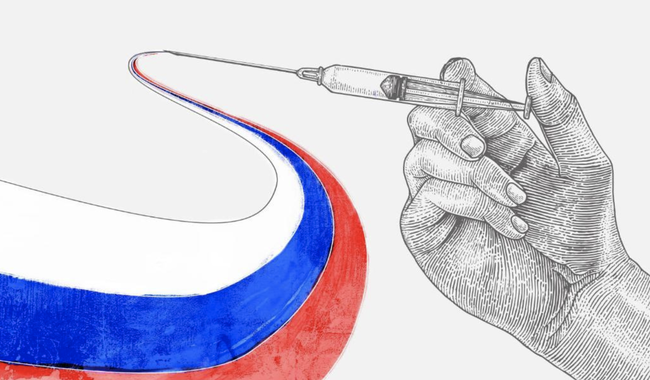 Wait, so you're telling me the Russians stole the vaccine research from the British, traveled…

Last week, we shared news of what Russia’s scientific community had touted as a major breakthrough in the development of a vaccine for SARS-CoV-2: A vaccine trial at Moscow’s Sechenov First Moscow State Medical University had yielded the first successful human trials. The American business press slavishly parrots every Moderna press release as the company regurgitates its Phase 1 trial results, despite the fact that the politically-connected biotech company’s stage 3 clinical trials won’t begin until later this month. Meanwhile, its CEO Stephane Bancel and other executives have cashed in on their Moderna shares, prompting SEC chief Jay Clayton to sheepishly caution against credibility-destroying insider selling.

Despite all of this, we didn’t hear a peep out of the western press about the Sechenov trial’s accomplishments. However, a few days later, with anxieties about Russia-backed electoral interference intensifying and ‘national polls’ hinting at a Biden landslide, the British press reported on a new ‘policy paper’ accusing those pesky Ruskies of trying to steal British research involving COVID-19 vaccines. Intel shared by Canada and the US purportedly supported this conclusion, though Russia has vehemently denied the accusations. 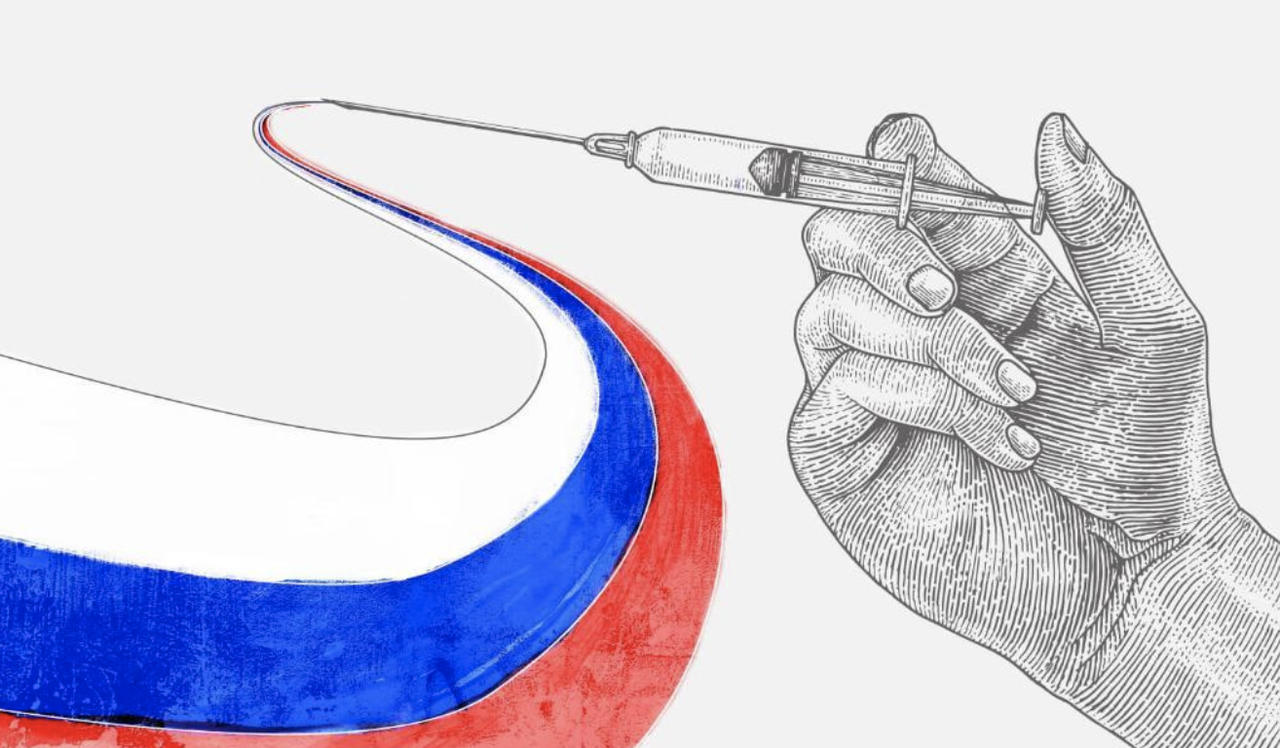 But that’s not all: Around the same time, Foreign Secretary Dominic Raab accused Russia of trying to meddle in the UK’s December election (which returned the Tories to power and ended the reign of opposition leader Jeremy Corbyn).

Were these reports about Russia’s vaccine-trial successes merely a smokescreen? The British might see it that way, but on Monday, US-based Bloomberg News published an interesting report claiming that certain Russian VIPs had been administered experimental doses of a vaccine prototype as early as April. Reportedly developed by Moscow’s Gamaleya Institute and financed by the state-run Russian Direct Investment Fund, this Russian vaccine candidate is a so-called “viral vector vaccine” based on human adenovirus – a common cold virus fused with the spike protein of SARS CoV-2 to stimulate a human immune response.

It’s similar to a vaccine being developed by China’s CanSino Biologics, according to Bloomberg.

Scores of members of Russia’s business and political elite have been given early access to an experimental vaccine against Covid-19, according to people familiar with the effort, as the country races to be among the first to develop an inoculation.

Top executives at companies including aluminum giant United Co. Rusal, as well as billionaire tycoons and government officials began getting shots developed by the state-run Gamaleya Institute in Moscow as early as April, the people said. They declined to be identified as the information isn’t public.

The Gamaleya vaccine, financed by the state-run Russian Direct Investment Fund and backed by the military, last week completed a phase 1 trial involving Russian military personnel. The institute hasn’t published results for the study, which involved about 40 people, but has begun the next stage of trials with a larger group.

Gamaleya’s press office couldn’t be reached by phone Sunday. Kremlin spokesman Dmitry Peskov didn’t respond to a text message asking whether President Vladimir Putin or others in his administration have had the shots. A government spokesman couldn’t immediately comment.

Wait… so the Russians hacked the British vaccine research, traveled back in time, then decided to test their vaccine prototype on some of the most powerful people in Russia’s (highly unequal) society? Well, they had to first travel to the future to steal the time-travel technology from the Americans (bear with us…we’re still piecing it all together).

The program under which members of Russia’s business and political elite have been given the chance to volunteer for doses of the experimental vaccine is legal but kept under wraps to avoid a crush of potential participants, according to a researcher familiar with the effort. He said several hundred people have been involved. Bloomberg confirmed dozens who have had the shots but none would allow their names to be published.

It’s not clear how participants are selected and they aren’t part of the official studies, though they are monitored and their results logged by the institute. Patients usually get the shots – two are needed to produce an immune response Gamaleya says will last for about two years – at a Moscow clinic connected to the institute. Participants aren’t charged a fee and sign releases that they know the risks involved.

Dmitriev of the RDIF said he and his family had taken the shots and noted that a significant number of other volunteers have also been given the opportunity. He declined to provide further details. The Gamaleya Institute said it vaccinated its director, as well as the team working on the trial, when it started. In May, state-controlled Sberbank recruited volunteers among employees to test the institute’s vaccine.

One top executive who had the vaccine said he experienced no side effects. He said he decided to risk taking the experimental shots in order to be able to live a normal life and have business meetings as usual. Other participants have reported fever and muscle aches after getting the shots.

Is it so hard to believe that Russia had enough faith in its vaccine prototype that it would allow certain individuals the choice of receiving an early dose? After all, EU governments are already buying up millions of doses of Moderna’s still-largely-untested vaccine candidate.

Similarly, is it possible that Russian spies were simply monitoring the competition?

Who knows? When it comes to the shadowy world of espionage, the public rarely hears the full story. Russia’s outbreak has slowed in recent weeks as it has been overtaken by India, which now counts more than 1 million confirmed cases. Meanwhile Russia has confirmed more than 750,000 cases of Covid-19, the fourth-largest total in the world.