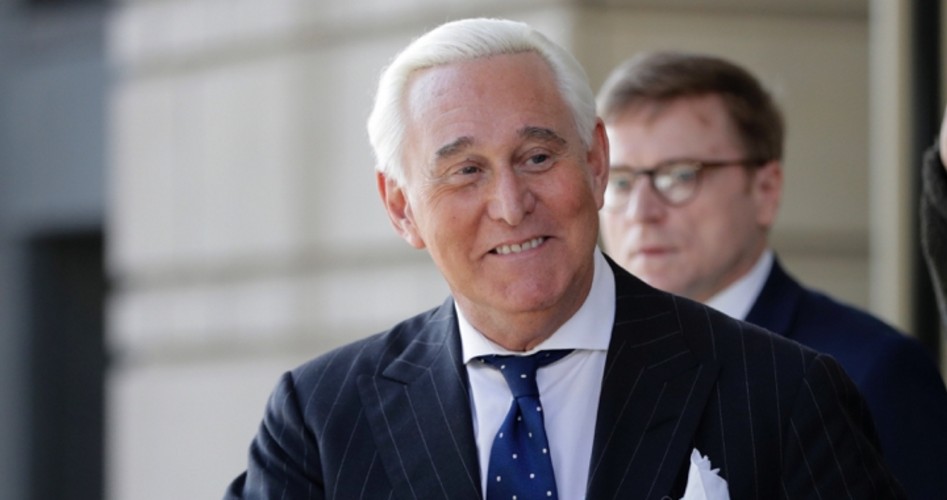 Roger Stone was convicted on charges that include false statements to Congress. Was it a…

Robert Mueller may have considered President Trump untouchable, but the president’s friends are apparently fair game.

Longtime GOP operative and Trump ally Roger Stone (shown) was found guilty by a federal jury on Friday on all seven counts against him, which include witness tampering and making false statements to Congress.

Federal prosecutors made the case that Stone lied to members of Congress about his attempts to communicate with the website WikiLeaks during the 2016 presidential election when he briefly served as an advisor to then-candidate Trump for a few months in 2015.

The charges mean Stone could face up to 20 years in prison. Sentencing is scheduled for February 6th. Prosecutors requested that Stone be jailed while he awaits his sentence, but U.S. District Court Judge Amy Berman Jackson ruled that the right-wing personality would be released to his own recognizance under the blanket gag order that has been imposed on him during the trial, which prohibits him from speaking with the media or posting on social media about his case.

Stone was arrested on January 25 during a pre-dawn raid by 29 FBI agents at his home in Fort Lauderdale, Florida. Of the arrest, Stone said authorities showed up at his house with “with a greater force than was used to take down Bin Laden, or El Chapo, or Pablo Escobar, to terrorize my wife and my dogs — it’s unconscionable.”

As the verdict was announced, Stone showed no visible reaction. Longtime Stone ally and former Trump campaign aide Michael Caputo refused to stand with the rest of the courtroom as jurors filed out. When court officials asked him to get up, Caputo turned his back to the jury and he was promptly escorted out by a security officer.

“All the way out,” the officer said.

On his way out of the courtroom, Stone half-smiled at reporters in the hallway. Asked by the press if he had any comments on the verdict, he replied “None whatsoever.”

The Stone case sprang out of Robert Mueller’s probe into alleged collusion between Russia and the Trump presidential campaign. Two of the government prosecutors in the Robert Stone case, Aaron Zelinsky and Adam Jed, are former members of Mueller’s staff. There were also several veterans of the Mueller team in the courtroom gallery as spectators during opening and closing statements.

AP News noted that Stone “faces a prison sentence for a collection of crimes that essentially amounts to exaggerating how much he knew, then lying and scrambling to keep those boasts from being exposed.”

After all, the Mueller probe concluded back in May and found no evidence of collusion. Moreover, it stated that it “does not conclude that the President committed a crime.”

Stone then, was the last casualty of an investigation that did not even conclusively prove wrongdoing. Other Trump allies convicted as part of the Mueller investigation were also found guilty either of process crimes like making false statements to the FBI (as in the case of Lieutenant General Michael Flynn and campaign advisor George Papadopoulos) or of crimes unrelated to the Russia investigation (such as Paul Manafort’s business dealings in Ukraine and Michael Cohen’s hush payments to Stormy Daniels and Karen McDougal).

Mueller stated that “a president cannot be charged with a federal crime while he is in office. That is unconstitutional.” But that protection has not extended to the president’s men.

President Trump reacted to Stone’s conviction by claiming a double standard exists, citing individuals who have made false statements to Congress yet evaded prosecution.

So they now convict Roger Stone of lying and want to jail him for many years to come. Well, what about Crooked Hillary, Comey, Strzok, Page, McCabe, Brennan, Clapper, Shifty Schiff, Ohr & Nellie, Steele & all of the others, including even Mueller himself? Didn’t they lie?….