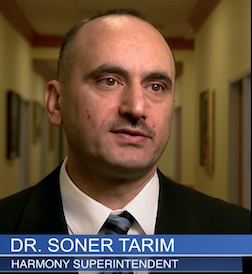 Republicans Approve Another Jihadi School in Texas - Understanding the Threat

by John D. Guandolo Last week, the republicans on the Texas State Board of Education…

Last week, the republicans on the Texas State Board of Education (TSBOE) handed jihadis from the Turkish Fethullah Gulen Movement a victory by granting them permission to open the latest cover for their U.S. operations – the Royal Public Charter Schools, led by Soner Tarim, from Turkey.

Despite facts and evidence presented to the board about the nefarious nature of Gulen schools and Soner Tarim’s leadership in this hostile Movement, TSBOE republicans paved the way for broader encroachment into the Lone Star State by these jihadis.

In 2019, shortly after UTT provided information to the TSBOE in a previous attempt by Soner Tarim to establish Gulen’s Royal Public Charter Schools, UTT published an article detailing the threat from the Gulen Movement in America. However, this year republicans on the TSBOE intentionally ignored the facts, and put Texans in grave danger by handing our adversaries exactly what they wanted.

What are some of the facts presented to the Texas State Board of Education (TSBOE) identifying Soner Tarim as hostile to the citizens of Texas?

No matter how well the Royal Public Charter School program is presented, at its root it is a dangerous and corrosive Movement school board officials
have a duty to reject out of hand for the safety of citizens in Texas.

But this time, TSBOE republicans served America’s enemies and not the citizens of Texas.

(1) commits, attempts to commit, or conspires with one or more persons to commit an act intended to overthrow, destroy, or alter the constitutional form of government of this state or of any political subdivision of this state by force or violence;

(2) under circumstances that constitute a clear and present danger to the security of this state or a political subdivision of this state, advocates, advises, or teaches or conspires with one or more persons to advocate, advise, or teach a person to commit or attempt to commit an act described in Subdivision (1); or

(3) participates, with knowledge of the nature of the organization, in the management of an organization that engages in or attempts to engage in an act intended to overthrow, destroy, or alter the constitutional form of government of this state or of any political subdivision of this state by force or violence.

Those on the Texas State Board of Education who voted for the jihadi Fethullah Gulen Royal Public Charter Schools after hearing/reading the evidence presented to them, knowingly advanced the Gulen Movement, whose stated objective is the overthrow of un-Islamic governments and the enslavement of citizens to sharia (Islamic Law).

How is this not sedition to the Texas government and its Constitution?

Published in Education News, Political News and US News