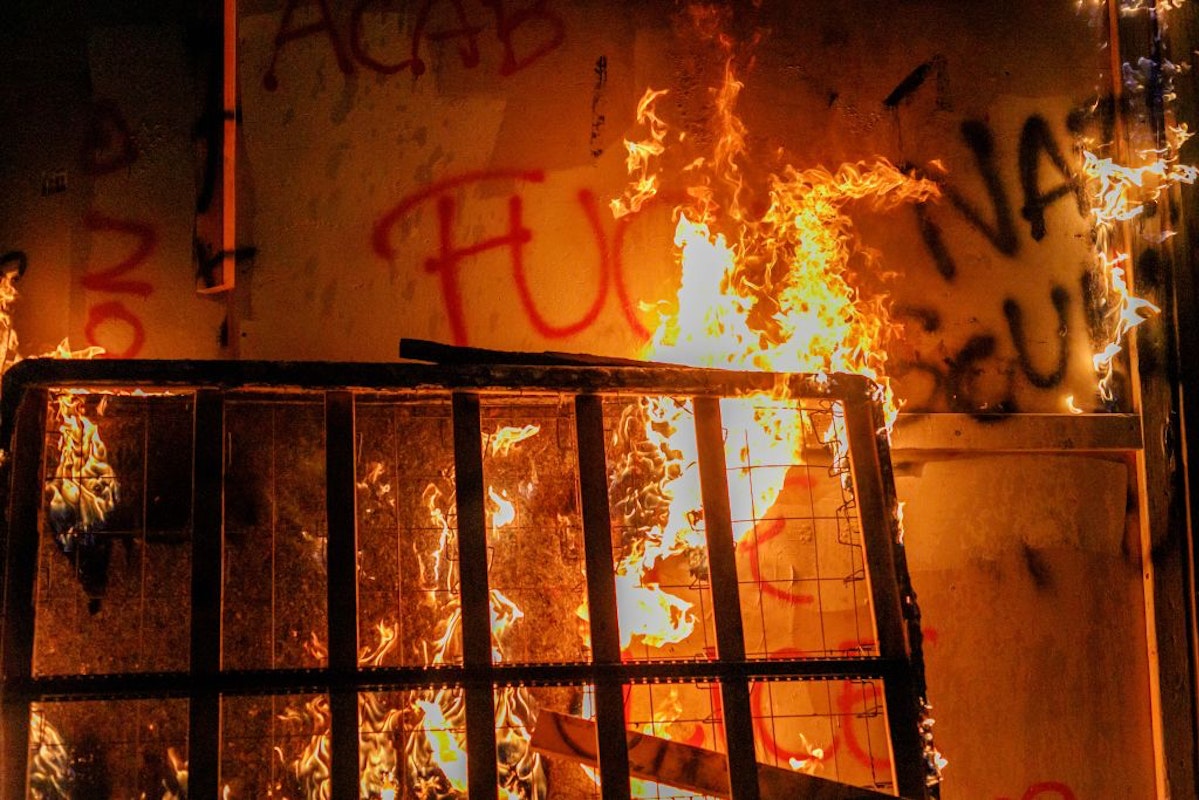 Nearly 70% of the individuals arrested during the riots and unrest in Portland, which stretched…

Nearly 70% of the individuals arrested during the riots and unrest in Portland, which stretched from the end of May through early October, had their charges dismissed by the Multnomah County District Attorney’s office, according to data released Thursday.

The Portland DA “released a new statistical dashboard that analyzes protest-related cases referred to his office by law enforcement for prosecutorial review and potential issuing,” the office announced on in a statement on Thursday, laying bare Multnomah County’s strategy in handling cases of individuals arrested during protests, demonstrations, riots, and unrest, referred to them by Portland’s Police Department.

The results are not surprising. Multnomah DA Mike Schmidt pledged, near the beginning of the unrest, that his office would drop “lesser charges that the Portland Police Bureau (PPB) often arrests protesters for, such as rioting, disorderly conduct, and ‘interfering with a peace officer’—a catch-all term for not following orders or bothering a cop,” according to the Portland Mercury. In that statement, Schmidt noted that his office’s policy would be retroactive to May 29th, when Portland PD began arresting demonstrators.

“If we leverage the full force of the criminal justice system on individuals who are peacefully protesting and demanding to be heard, we will cause irreparable harm to them individually and to our society,” he said. “The prosecution of people exercising their rights to free speech and assembly in a non-violent manner takes away from the limited resources that we have to prosecute serious crimes and to assist crime victims.”

Thursday’s numbers show Schmidt was serious. Of 974 cases referred to the Multnomah DA’s office for prosecution, 666 were rejected — 68% of all referred cases.

Most were rejected “in the interest of justice,” — the office’s own vague catchall.

Schmidt hailed the database — and the limited number of prosecutions — as an achievement.

“This is a major step forward for the Multnomah County District Attorney’s Office,” Schmidt said in the press release, adding that his office has embraced a “smarter approach” to justice. “Transparency in the work we do is a keystone to my administration. Moving this data online for the community to easily use will have a significant impact on understanding cases that arise from mass demonstrations.”

Oddly enough, as Portland Mercury points out, the DA’s “smarter approach” does seem to involve a racial disparity: “Of the cases the MCDA has accepted so far, the defendants have a slightly higher chance of being Black or Hispanic when compared to all protest-related cases referred by police.”

To make up for the DA’s lack of prosecutions, the Department of Homeland Security deputized members of the Oregon State Police and the Portland Police Department. Individuals arrested by or for inferring with those officers can be referred to the United States Attorney’s office for prosecution if the DA declines to follow up.